East-West divide: Geography should not divide us 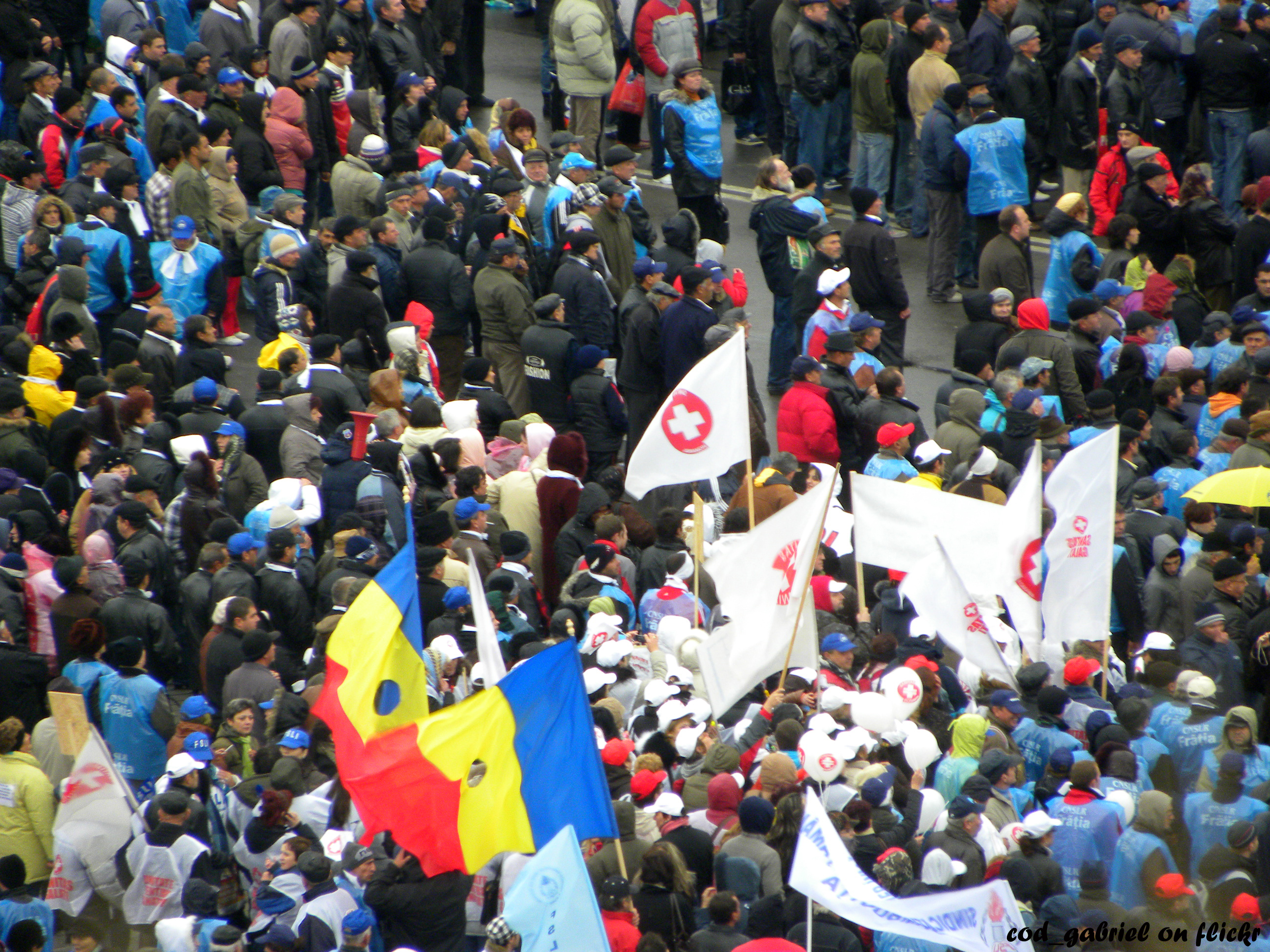 For some Eastern European countries, the EU-accession honeymoon is over. [Gabriel/Flickr]

A new European split has surfaced in the context of the refugee crisis – the East-West divide. Yet, the tragic events in Paris should remind us that we share common interests and aspirations, writes Alina Bârg?oanu.

Alina Bârg?oanu is the Vice-Rector of the National School of Political and Administrative Studies (SNSPA) of Bucharest.

It is just one among the many rifts created or deepened by the never-ending crisis of the EU: elites vs. citizens, North vs. South, creditor countries vs. debtor countries, euro vs. non-euro, Schengen vs. non-Schengen and arrival vs. destination countries.

I am not surprised by the tendency to frame the refugee crisis in this East vs. West paradigm. Nor am I surprised by the violence with which these geography-oriented frames have resurfaced. After all, we are in a dire situation, which makes scapegoating so alluring. What concerns me is that old dichotomies are revived or recycled in a complex geopolitical context.

In his 2006 book Europe as Empire, Jan Zielonka emphasises that the enlargement discourse tends to draw a negative picture of the new members; their accession to the Union is said to paralyse its institutions and Eastern citizens are often portrayed as “a threat to Western jobs, to the principle of rule of law, to cultural habits, and to national identities”.

Without downsizing their importance, Zielonka considers these to be “luxury” problems when one looks at this region in a broader historical and political perspective.

Around 2007, I noticed a growing rhetorical division: “We [the Westerners] are concerned with citizenship, democracy, legitimacy, transparency”, while “you [the Easterners] should mind the implementation of European funds”. Leaving the implied hierarchy aside, the European funds suffered a major distortion.

Despite being presented as a new Marshall Plan, they did not come close to the original rationale of the famous plan aimed at re-industrialising Western Europe after World War II.

While originally intended to contribute to cohesion objectives – closing the gaps between the CEE (Central and Eastern Europe) and EU average in terms of GDP, employment, living standards – the European funds were turned into a transfer mechanism, a price that the rich West was grudgingly willing to pay to its poorer Eastern relatives. Not surprisingly, cohesion was the first casualty when the crisis hit the eurozone.

I paid attention to the tenth anniversary of the eastward expansion in 2014, which was short of an outburst of enthusiasm in the West. The expansion was frequently portrayed as a “geopolitical blunder”, a geopolitical adventure to which the West consented rather hastily.

On the Eastern side, references to a post-accession syndrome surfaced, a hang-over from which the inebriated Eastern populations awoke. Both camps felt deceived: the Western outcry – where is our Western prosperity and geopolitical stability, was countered by the Eastern one – where is the milk and honey that we expected upon EU accession?

Up until the refugee crisis, interesting intermissions occurred. Central and Eastern Europe rallied around the austerity-driven discourse promoted by Germany against the “profligate” South. Some CEE countries talked and behaved as if feeling obliged to return this small favour to Germany, the intention being to prove to the schoolmaster that they had learned the European lessons.

Ukraine and the refugee crisis have put these developments in fast forward. Statements made from the highest EU levels are all too known. This September, while taking part in a refugee panel at Krynica Economic Forum, I was confronted with the following statement coming from a reputed Spanish speaker: “You East Europeans invaded us 25 years ago, spent our money, quarrelled with Russia and now are against taking refugees?”

I have not found such a statement in the media, albeit not such a synthetic one. What I can notice in the media discourse is a slight change in name-calling, from “New Europe” or “New member states” to “Eastern Europe”. A vague, if not downright controversial label, especially when spiced up with references to the “Communist past”.

My concern for the exploitation of this divisive potential is due to the fact that I come from a part of the EU which, with the exception of Poland or parts of it, is portrayed as not entirely or not yet “European”, but as a poorer, backwards, and uncivilised world.

Leaving my bias aside, I consider that the East-West divide has the greatest potential to draw battle lines inside the EU.

Firstly, the main driver of the divide is the socio-economic one. CEE membership to the EU has left largely untouched development indicators related to GDP/ capita, urban-rural ratio, level of capitalisation and savings, entrepreneurship and innovation. Let alone the poor integration of CEE in European and global production chains, technological parks, in innovation, R&D hubs.

Secondly, the consequences of the socio-economic divide are felt in the geopolitical, strategic field.

Security perceptions vary widely across the EU, depending on your location on the map. Due to this geography-driven divide in security perceptions, Central and Eastern Europe seems to be caught, once again, between the clash of the titans. Ours is not a Babel of languages that we speak, said the great American philosopher John Dewey, but of the symbols and interpretations that we use. It is a Babel of interests that we promote.

Maybe an intended by-product of these bloody events is to remind us Europeans that geography, important as it may be, should not hinder us from perceiving that we share a common continent and a common destiny.