Independence Day of Georgia – a story of freedom lost and regained 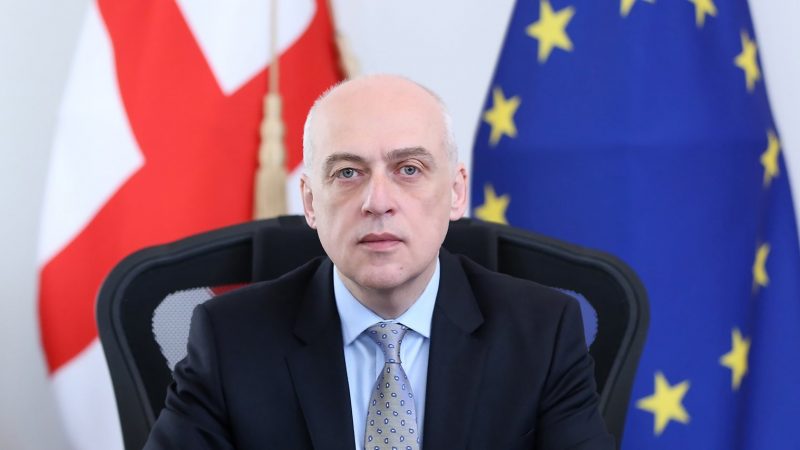 On 26 May, when Georgia celebrates its Independence Day, David Zalkaliani, the country’s vice prime minister and minister of foreign affairs, describes what this day means for his compatriots.

David Zalkaliani is a Georgian career diplomat serving as the Minister of Foreign Affairs of Georgia since 21 June 2018.

2021 is a landmark year for our country: honouring 103 years of the First Democratic Republic of Georgia on 26 May, this year we also mark the 100th anniversary of the Soviet occupation while celebrating 30 years of restoration of independence from this brutal regime.

A little more than a century ago, Georgia emerged as a rather unique independent republic which has been described as a remarkable experiment in social democracy. Indeed, during 1918-1921, Georgia was a functioning democracy with a multi-party system founded on principles of liberty, social justice and equality.

A visit of a prominent European social-democrats delegation witnessed the birth of the first social-democratic government in a rather inauspicious environment.

Short-lived democracy left a strong imprint on how the Georgians perceived themselves and on how they assessed Georgia’s subsequent invasion by the Red Army. Through vicious Soviet totalitarianism, the nation still recollected origins of history of democratic statehood which was forcibly, but temporarily, interrupted.

Regaining freedom after seventy years of communist rule, has not come effortless but with an inestimable sacrifice of our heroes that we honour today.

The subsequent Constitution of 1995 created a political and legal link between the modern Georgian democracy and the First Republic of Georgia. There has been a significant divergence between 1918 and 1991, though.

Today Georgia’s sovereignty and territorial integrity, even if challenged by the Northern neighbour (as a hundred years ago), is supported by the international community. Today, Georgia is progressively building a free, democratic and value-based state and is successfully aspiring to integrate into the European and Euro-Atlantic institutions.

This accomplishment is shared by our friendly nations all over the world due to their continuous and unwavering support to Georgia.

Today, as Georgia marks Independence Day, we are also fighting the global pandemic, enduring Russian occupation and addressing the new security situation in the region.

However, the overwhelming public support for and a near consensus among political parties on Georgia’s foreign policy, coupled with years of democratic reforms, has earned our country the reputation of another success story in Eastern Europe.

Today Georgia is the EU’s associated partner. This association is founded on historical links and common values on which the EU is built and to which Georgia is committed to implement and promote.

Association Agreement sets out conditions that lead to the establishment of a common economic area between the EU and Georgia, as the country achieves economic integration into the EU Internal Market on the basis of comprehensive legal and regulatory approximation enshrined in the Agreement.

Economic integration is only feasible with a strong and reliable connectivity which has become an increasingly important element of Georgia’s European agenda. Together with other Eastern Partners, Georgia is part of the TEN-Transport network, upgrading key physical infrastructure in road, rail, port facilities and logistics centres through the Indicative TEN-T Investment Action Plan.

Georgia invests of its own in various infrastructural projects: transport, energy and digital, which underpin country’s economic development. With an acknowledged role in the connectivity, we are willing and capable to engage in the implementation of the EU strategy on connecting Europe and Asia, as an active participant of East-West transport and energy projects over the Black Sea.

Georgia’s resolute pursuit of the peaceful conflict resolution policy for de-occupation of Georgia’s two indivisible regions occupied by Russia, and reconciliation between the divided communities seeks to extend the benefits and opportunities provided by the country’s European integration, to the entire population including for those under Russian occupation with the ultimate aim of peace, security and stability in our country.

In our quest for ever-closer integration with the EU, we are engaged in enhanced cooperation and coordination with two other Associated partners – Ukraine and Moldova who, like Georgia, aspire to join the EU.

Just over a week ago, in Kyiv, together with my Moldovan and Ukrainian colleagues, we signed a Memorandum of Understanding establishing an “Associated Trio” as a format of enhanced cooperation and dialogue among the three countries, as well as with the European Union, on matters of European integration. Georgia, Moldova and Ukraine are on the move to earn their right to join the Union of peace, freedom and democracy.

With mutual interests in the backdrop, the EU and Georgia need to seek to deepen the bilateral agenda while Georgia remains committed to renewed Eastern Partnership expanding areas of cooperation and increasing EU support.

The progress achieved also requires a long-term vision and relevant action from both sides, hence, Georgia’s goal to officially apply for EU membership by 2024.

According to NATO, Georgia, an aspirant country, possesses all practical tools to integrate with the Alliance, including such a unique instrument for enhancement of the defensibility and interoperability, as Substantial NATO-Georgia Package.

Georgia is an Enhanced Opportunity Partner of NATO that speaks of the recognition of its reliability as a NATO partner, of its commitment and ability to share the burden of Euro-Atlantic security and of its interoperability level.

Traditionally, Georgia has been one of the most substantial contributors per capita to NATO operations. As Georgian units are completing the NATO Resolute Support Mission leaving Afghanistan, they remain proud to have served with Allied Nations and stay committed to contributing to collective security in the future.

With the Black Sea acquiring a special significance with direct implications for European security, Georgia’s cooperation with NATO on Black Sea security has been deepening through strategic discussions, frequent port calls, regular exchange of information, joint trainings and exercises.

Through the substantive and forward-looking NATO 2030 agenda, addressing the challenges of today and tomorrow and the increased geopolitical pressures in our region, Georgia awaits assertive political steps from the Allies and remains undeterred on its chosen path towards the Euro-Atlantic future.

103 years or 30 years ago, at the verge of independence, the people of Georgia had two priorities – to strengthen its sovereignty and to return to the European family. For 3 decades now, Georgia has been enhancing the rule of law, state institutions and robust market economy.

We have fiercely followed our European and Euro-Atlantic aspiration while striving for peace on this journey. As history shows, when Georgia is free and independent, it aspires to embrace democracy and espouse the values of human rights and equality.

This is the same aspiration that has underpinned Georgia’s quest for integration in the European and Euro-Atlantic institutions.