No time to wait, give Moldova EU candidate status

By Iulian Groza and Stefan Meister 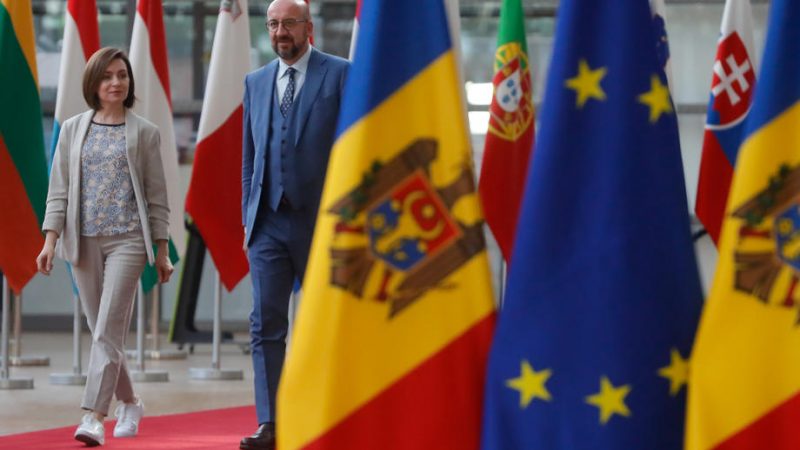 A candidate status with a strong European perspective will serve as a powerful booster for the entire Moldovan society amid severe regional crises, write Iulian Groza and Stefan Meister.

Iulian Groza is the Executive Director of the Institute for European Policies and Reforms (IPRE, Chișinău) and former deputy minister of Foreign Affairs and European Integration of the Republic of Moldova.

Stefan Meister is Head of Program, International Order and Democracy at the German Council of Foreign Relations (DGAP).

Russia’s aggression against Ukraine has changed European security fundamentally and will divide Europe for a long time.

After Ukraine, Moldova is perhaps the most affected state. It has to deal simultaneously with an unprecedented influx of refugees, massive trade disruptions, economic slowdown, a dramatic increase in energy prices, escalating disinformation and cynical attempts to reignite conflict in Transnistria. Moldova is very vulnerable due to its gas and energy dependency on Russia.

Moldova’s reform path, stability and its European future are at stake. Its security and economic prosperity are linked with Ukraine as an independent state. As Russia blocked Ukraine’s Black Sea ports, Moldova emerged as one of the alternative transit routes for Ukraine’s exports via the Romania waterway and seaports.

Moreover, any destabilisation in separatist Transnistria would compel Ukraine to deploy more military forces in its south at the expense of reinforcements on the eastern front.

But Moldova’s stability is crucial not only for Ukraine but also for the EU. The spillover of the conflict into Moldova is likely to generate negative effects on the security of neighbouring EU member states.

To wait for this to happen, the EU needs to act preemptively. And as recent history has proven, the cost of inaction is often higher than the cost of bold, confident and strategic action.

The most effective way to safeguard Moldova’s statehood against the backdrop of numerous challenges is by shifting the country from the EU neighbourhood to an integration policy with real prospects for membership. That would give a clear signal for the Moldovan society, which pays high prices for energy and economic isolation through the war.

It would give a clear signal that its unique constellation of a pro-European government and president are getting granted for their impressive reform efforts. Granting candidate status with a clear European perspective this June would be the next necessary step on Moldova’s European path.

Moldova has a vibrant civil society without which pluralism has little chance to blossom. Although not always easy, state and civil society reached in their relations a level of maturity.

Moldova worked hard and mobilised an inclusive national effort of the government, civil society, business and diaspora to complete the answers to questionnaires from the European Commission. This, however, has not come at the cost of becoming less critical and demanding toward the government.

A clear majority of Moldovan society supports membership in the EU.

Most importantly, this aspiration has been reflected in the early parliamentary elections in 2021, which produced a solid pro-European and pro-reform majority.

And regardless of the overlapping crises government had to deal with, it kept pushing for reforms, notably in the justice sector and in fighting corruption. This was recognised most recently in the European Parliament, which has a strong call to grant Moldova an EU candidate status.

Moldova is not looking for shortcuts. There is no illusion that the path to EU membership will be fast or easy. However, the danger is that without a candidate status, many in society will believe that membership is an illusion.

And no, Moldova is not trying to jump ahead of Western Balkans.

Moldova is with Western Balkans as early as 2001 when it joined the Stability Pact for South-Eastern Europe and later when it co-founded the Regional Cooperation Council, set by the South-East European Cooperation Process (SEECP). Moldova’s profile is, in many ways, similar to the Western Balkans. And if the subsequent enlargement includes some Balkan countries, it should also include a country like Moldova, which often performs better.

Moldova is often cited as the poorest country in Europe. Now, as a result of multiple crises, Moldova is registering one of the highest inflation rates in Europe, beyond 27%. But regardless of the level of prosperity, the Moldovan government and society behave like Europeans.

Solidarity is one of the pillars of a united Europe. Moldova not only speaks about solidarity but practices it. Moldovans welcomed Ukrainian refugees into their homes. Last summer, Moldova deployed to Greece firefighters to help friends in need to extinguish fires. Moldova may have few resources but has the will to share them with other European states.

The candidate status with a strong European perspective will serve as a powerful booster for the entire Moldovan society amid severe regional crises. Together with Ukraine, it will help to stabilise the big neighbour and keep the momentum for change. Lack of it will boost the Russian propaganda machine and its local proxies.

The EU is at a crossroads again.

In the past, at the breaking points, the EU found power and consensus to do the necessary. Not once did decisions to enlarge the Union come in response to great upheavals. Enlargements made Europe safer and more prosperous.

Will the EU be able to rise to the historical moment in this biggest crisis in Europe since World War II?