The bravery and courage of the Ukrainian Armed forces is fascinating 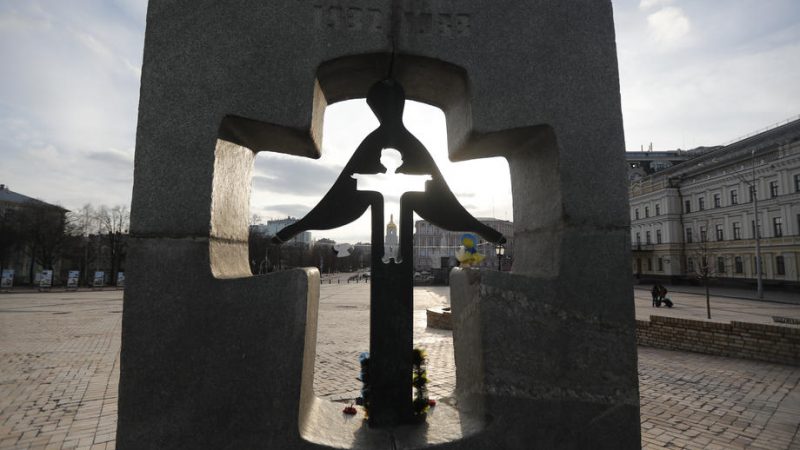 A general view of the squire street in Kyiv, Ukraine, 25 February 2022. Russian troops launched a major military operation on Ukraine on 24 February, after weeks of intense diplomacy and the imposition of Western sanctions on Russia aimed at preventing an armed conflict in Ukraine. Martial law has been introduced in Ukraine, explosions are heard in many cities, including Kiev. [EPA-EFE/ZURAB KURTSIKIDZE]

The military situation is daunting. Ukrainian Armed Forces are inflicting losses on Russian aggressors, at the same time losing territory and people. Nevertheless, the bravery and courage of the Ukrainian Armed forces is fascinating, writes Roman Rukomeda.

Roman Rukomeda is a Ukrainian political analyst. This is his second account of Russia’s invasion into Ukraine, which he succeeded to send to EURACTIV despite limited internet access.

The third day of the war in Ukraine brought additional experience and colours to the new reality for millions of people all over the country. Because of continued rocket strikes and attacks of Russians on Kyiv and many other cities and towns, thousands of Ukrainian women and children had to spend their days in the subway stations. They became the main shelter from airstrikes. In this situation, on Saturday (26 February), 14 babies were born in Kyiv in these shelters.

However, the risk of being hit by Russian bombs or rockets remains high. On Saturday, a Russian missile destroyed a civilian multi-storey apartment building in Kyiv. Russian aggressors also exploded one of the bridges on the roads from Kyiv to Zhytomir. Five cars with people had crashed, and one child was killed. The popular children’s hospital “Ohmatdyt” was attacked in Kyiv, a small child was killed, more than five were severely wounded. On Saturday night, there is maximum fear of Kyiv people about the worst possible attack on civilian infrastructure. As the Russian military direct offensive on Ukrainian capital and other cities is failing, Russian troops start using the tactics of terrorizing the civilian population by direct hits on buildings, hospitals, energy stations, and other infrastructure objects.

The rhythm of life in Kyiv completely changed because of air attacks and the military sabotage groups that started acting inside Kyiv and marking critical objects in the city for future air attacks by special marks or electronic devices. Some of these groups were dressed in the uniform of Ukrainian police, and when they were asked to identify themselves, they started to shoot and succeeded to kill a few police officers and territorial defence members. Such threats led to a special curfew regime in Kyiv when all civilians are prohibited from coming out of their houses from 5 p.m. till 8 a.m. This is done to neutralize the Russian special forces and sabotage troops groups that are acting in Kyiv.

Besides, with Russian troops approaching Kyiv, Ukrainian Armed Forces moved a certain amount of their forces and weapons to the capital, getting ready for defence.

People are trying to get used to the new reality that seemed to be impossible in the worst nightmares even a couple of weeks ago.

However, it is absolutely clear that the Ukrainian nation united on all levels, including political (authorities and opposition have joined their efforts in the county’s defence), is ready to fight till the end. This moment of truth gives birth to the new quality of society and individuals.