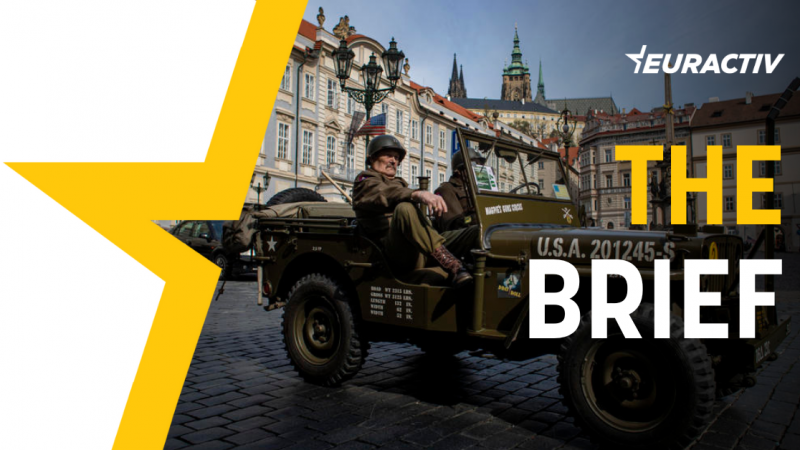 As EU leaders prepare for their next summit on 23-24 June, it is useful to list the uncomfortable truths we will not see in the draft conclusions.

Uncomfortable truth number one (the order doesn’t really matter) is that the EU is not united in the face of its most significant challenge – the war at its borders. Some members want to “win” the war. Others, including the most influential ones, want peace or appeasement vis-à-vis Russia.

In second place, there is no quick solution to the energy crisis, and there is no sufficient replacement for the Russian gas and oil. Maybe there will be in the future, but not now. Nobody is saying it, but it is unclear what kind of winter awaits many Europeans.

Thirdly, there is a looming global food crisis, which will strike in autumn and be terrible for many countries where people will die of hunger. It is likely to have many repercussions in the EU, including further migration waves and being (unfairly) blamed for it.

Inflation is already there, but our societies will be further shaken by the rising prices, which hit the lower classes, fuel social unrest and boost far-left and far-right populists.

While the perfect storm is taking shape in Europe, the skies are clear and bright in the US, which will suffer none of the issues enumerated.

In a way, Europe will be like in 1945, terribly weakened and desperately dependent on US help.

Conversely, Russia loves 1945. This particular year is their time shelter. Unlike Europeans (Russians are Eurasians), Russians have a considerable capacity to endure suffering. The worse it is, the more they feel encouraged to emerge triumphant.

With the annexation of Crimea, Russia opened Pandora’s box. Those who had failed to notice it before most likely had a rude awakening with the invasion of Ukraine on 24 February.

Borders are not for Russia. This country has no definite borders. They were uncomfortable in the post-WWII world, which had seemed to guarantee that borders are sacrosanct, but now they have broken the rules, and instead of feeling like criminals, they feel vindicated.

And it’s not only borders. From Tsarist times until today, populations mean nothing to Russia’s leadership. If they resist, the solution is a mass movement of populations or mass killing.

Whoever ruled Russia over time, be it the Tsar, secretary-general or president, the definition of what belongs to Moscow was always simple: Every land where Russian blood has been spilled is Russian,

Not only Lithuania, Latvia or Estonia – Moldova, Georgia, and Bulgaria all have reasons to fear their territorial integrity.

Ukraine complains (rightfully so) that EU countries are not sending them all the arms and ammunition they need. But it appears that in Europe, such arms and ammunition are limited. Nobody, least of all the military, puts all the eggs in one basket because what happens if Putin opens another front?

We still have no name for the new period that has already started. History doesn’t repeat itself – except as a farce.

And what will happen if the US, under another president like Trump – his name could be Tucker Carlson – distances itself from the Atlantic relationship?

EU leaders should be aware that in the long haul, Russia has a bigger chance of winning this war against Ukraine and Europe as a whole, especially if our pampered union disintegrates under hardship.

Russia’s advantage regarding the EU is that they know they are at war and have come to terms with this. But it’s a substantial advantage.

As we said, such uncomfortable truths won’t appear in the summit conclusions, but we hope leaders will not be shy to discuss the disturbing issues behind closed doors.

Despite finishing neck-and-neck with Emmanuel Macron’s Ensemble! group, everything is pointing toward France’s left-wing bloc failing to get a majority in the second round of legislative elections.

However, France’s left-wing bloc is positioned to influence France’s future agricultural policy, aiming to transform the Common Agricultural Policy (CAP) to review the allocation of the €9 billion the country receives.

Meanwhile, the French car industry has unanimously condemned the European Parliament’s vote to ban the production of combustion engine cars from 2035, arguing it amounts to “industrial destruction” and a “step into the unknown”.

And in Romania, the government wants to attain energy independence, but experts warn there are still issues while environmental groups call for a bigger role for renewables.