The Brief – Demoralising is ugly, not delivering is worse 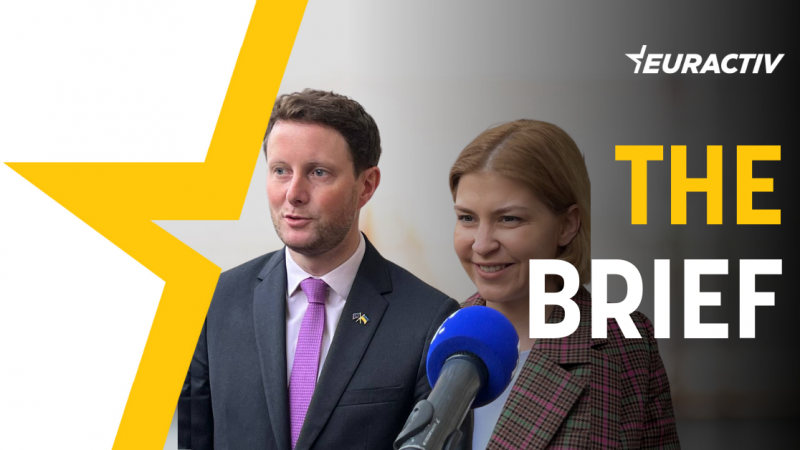 Why do some European leaders keep saying that it may take decades before Ukraine can join the EU? Out of a pure sense of self-preservation.

More optimistic watchers of the EU’s battered enlargement policy could say that some member states hit the verbal brake in order not to create unrealistic expectations.

Ukraine, especially, is pushing the narrative they already have paid for their future EU membership with blood, repeatedly.

There has been EU-wide agreement that Kyiv would need and deserve a clear perspective and credible path to full membership at some point in the future.

But some EU leaders have adopted linguistic ambiguity on what they are actually talking about, especially having taken a liking to the use of membership and candidate status interchangeably.

The fact is, Ukraine is not expecting full membership tomorrow. Nor do its European supporters, for that matter.

EU path (especially in the current geopolitical setting) is a fact, EU candidate status is a political signal, and EU membership a distant ultimate goal.

The European Commission is due to issue its opinion about granting Ukraine candidate status in the first two weeks of June, in accordance with the evaluation of progress made and stated in the answers to the EU questionnaires the country had to provide.

On the technical and especially political level, there seems to be little doubt internally that its opinion will be positive. Still, EU accession is a complex process that, as acknowledged by all involved and demonstrated in practice, can take years.

Then it will be for EU leaders to decide in their EU summit in late June, whether they will act on granting the EU candidate status to Ukraine. Not more.

Receiving the candidate status, however, is an important milestone, given that Brussels had looked the other way for many years, when Ukraine, Moldova and Georgia asked to be treated as future EU members rather than just associated countries.

There should be a simple message that Ukraine will join as soon as it meets the political, economic and legal criteria, and that the EU will do everything it can to help Kyiv reach that goal.

But that’s not what some member states necessarily like to refer to, also for domestic purposes.

“We have to be honest. If you say Ukraine is going to join the EU in six months, or a year or two, you’re lying,” France’s Europe Minister Clément Beaune told Radio J on Monday (23 May).

“It’s probably in 15 or 20 years, it takes a long time,” he added, pouring cold water on Kyiv’s hopes for quick entry in the wake of Russia’s invasion.

Beaune did, however, backtrack a little the next day, speaking alongside Olga Stefanishyna, Ukraine’s deputy prime minister for European and Euro-Atlantic Integration, when he said he was “convinced that Ukraine will be part of the European Union”.

Stefanishyna said after the meeting with Beaune that she had been reassured the idea would not affect Kyiv’s candidacy.

But some EU leaders share France’s scepticism about a rapid acceptance of Ukraine’s membership bid, concerned that it will take time to rebuild a war-shattered economy, reduce corruption and adopt far-reaching economic and legal reforms.

German Chancellor Olaf Scholz stressed there were “no shortcuts” to joining and the accession process “is not a matter of a few months or years”.

And, somewhere in the back of their minds, Western European leaders, and especially Paris and Berlin, fear that their power over the EU might dwindle with the rise of a new Poland-Ukraine-Eastern Europe power axis.

But, again, that’s not really what is on the table in June. At stake, for now, is only Ukraine’s candidate status.

Yet there is another, broader, underlying issue: the linguistic ambiguity about Ukraine’s EU aspirations.

It is the repeated strategic failure of the European neighbourhood policy to provide clarity on this, leaving those ‘neighbourhood countries’ in a grey zone and making them vulnerable to foreign influence – from Russia, China, Turkey etc.

Namely, promising and not delivering.

Russian forces were launching an all-out assault to encircle Ukrainian troops in eastern Ukraine on Tuesday, a battle which could determine the success or failure of Moscow’s main campaign in the east.

Planning for the worst, the German ministry for economy and climate action is ensuring that significant coal and oil power plant capacities are at the ready in case the country’s Russian gas supply is cut, according to a government plan seen by EURACTIV.

Health authorities have been urged to be alert, expand surveillance, and facilitate contact tracing as cases of monkeypox continue to appear in countries that are not used to seeing the virus. As of Monday, some 90 cases of monkeypox were reported in nine EU Member States.

Meanwhile, Japan scrambled jets after Russian and Chinese warplanes neared its airspace on Tuesday, when Tokyo was hosting the leaders of the Quad grouping of countries, Defence Minister Nobuo Kishi said.

In other news, Moldova on Tuesday detained pro-Russian ex-president Igor Dodon on suspicion of treason and corruption, prosecutors said.

Last not but not least, check out the Transport Brief for a roundup of transport-related weekly news.