The Brief – Glory to Ukraine! 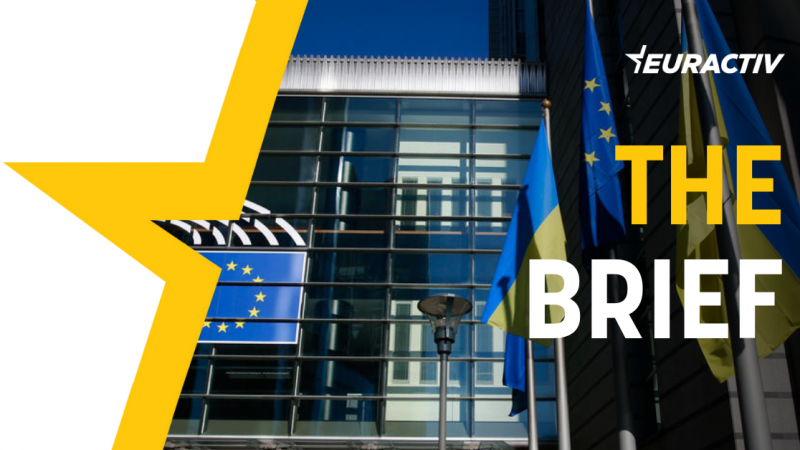 Ukrainian flags are hoisted along the Flag of Europe to show solidarity with Ukraine over the Russian aggression, in front of the European Parliament in Brussels, Belgium, 28 February 2022.

The Russian invasion of Ukraine, the worst war in Europe since World War II, is only on its fourth day, but it has already powered previously unimaginable political changes, most of which are positive.

In a parallel universe, a small incursion combined with weak EU sanctions would have resulted in a swift victory for the Kremlin and Vladimir Putin would have won his war. But things are playing out rather differently.

The game-changer was the heroic response by the Ukrainians, their effective resistance to the massive Russian invasion, and the significant setbacks suffered by the Russian army.

The Ukrainian president Volodymyr Zelenskiy, a former actor whom many did not see as a real politician, has revealed himself as a statesman of the kind the West can only dream of.

Accordingly, the EU and the collective West responded with robust sanctions, above anything the Kremlin could have anticipated.

The media often criticise the EU for its lack of unity, but today, rather exceptionally, we could say that the EU’s unity deserves applause.

Despite the Kremlin’s strong lobbies in many capitals, they have been largely silent – even the usual suspects we expected to sit on the fence. Despite the customary worries about Russian counter-sanctions, the EU has put on a brave face and has demonstrated it is ready and able to face any consequences.

A key EU member, Germany, has made a U-turn in its traditional policy of appeasing Russia, which is probably the biggest tectonic change in Europe since the German reunification in 1990. Other EU countries that were reluctant to supply Ukraine with weapons are sending over military equipment the country needs.

Who could have thought only a week ago?

The EU has also shown generosity and readiness to accept as many refugees from Ukraine as it takes. Poland, a country known for its reluctance to accept migrants from the Middle East, leads the way in welcoming Ukraine’s refugees like brothers, or rather sisters because most of them are women with children. (The men stay in Ukraine to fight.)

The EU has also broken its own rule of not spending its money to buy weapons, unblocking some €500 million to buy arms for Ukraine’s armed forces. Another taboo down the drain.

Also, the attitude towards future EU enlargement is changing. Not only do EU members look at Ukraine as a future member of the club, but some call for its immediate accession (however far-fetched this may seem). If someone had said this a week ago, we would have called them crazy.

Today, everybody says the crazy man is Putin, and he is indeed the world’s most dangerous person as he has his finger on the nuclear button. It is also clear that Putin is not the grand chess-master of politics many (including Putin) thought he was.

Rather, he is exactly what he looks like: a sick man, disconnected from reality and pumped full of Botox and steroids.

While we do not know how the whole story will end, on day four, we can most definitely say ‘Glory to Ukraine!’

Bulgarian Defence Minister Stefan Yanev has been asked to resign by Prime Minister Kiril Petkov on Monday (28 February) after he caused outrage in the government by stating that the Russian invasion of Ukraine should not be called “war”.

Russia on Monday (28 February) doubled down on the logic for sending its forces into Ukraine, saying Western arms supplies to Kyiv showed that Moscow was right to try to demilitarise its neighbour.

Talks between Russian and Ukrainian officials began on the Belarusian border on Monday (28 February), as Russia faced deepening economic isolation four days after invading Ukraine in the biggest assault on a European state since World War Two.

The Swiss Federal Council met on Monday for an extraordinary meeting and decided to fully adopt EU sanctions against Russia after public criticism of the government’s previous inaction intensified.

Train operators across Europe are now offering free rail transport to Ukrainians displaced by the bloody war being waged by Russia.

It is no longer enough for countries, including those in Europe, to lower emissions in the face of global warming, according to the UN’s International Intergovernmental Panel on Climate Change (IPCC), which also recommended strengthening adaptive measures.

Check out this article as a part of our special report Renewables’ integration in the electricity grid. Following an initiative of the Greek PM Kyriakos Mitsotakis at the European Council on February 24, the Greek Government sent a letter to the Executive Vice-Presidents of the European Commission, the Commissioner for Economy, the Commissioner for Energy and the French Minister of Ecological Transition and President of the Council of Energy Ministers, with specific proposals as to deal with the international energy crisis as a consequence of the Ukrainian conflict.

Listen to the special edition of the agrifood podcast, as EURACTIV’s agrifood team takes a closer look at knowledge sharing in the agricultural sector – why is this so important, what challenges do farmers face in exchanging information on innovative approaches, and what projects already exist to help them overcome these?