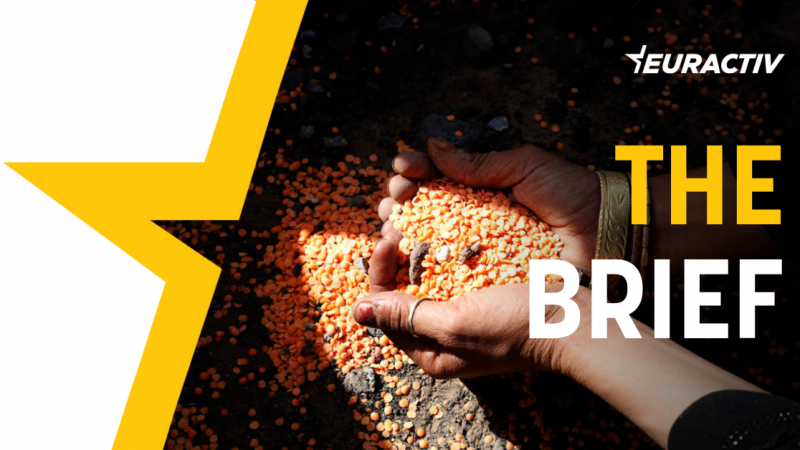 One of the worst crimes against humanity was the man-made famine in Ukraine in the 1930s known as Holodomor, orchestrated by communist dictator Joseph Stalin.

Almost a century later, another autocrat in Moscow is about to inflict global famine on us.

Holodomor (literally Death by Hunger) was a manufactured famine in Soviet Ukraine that occurred between 1932 and 1933 and killed millions of Ukrainians (the number of seven million has been accepted even by Russia in a UN document dated 2003).

Historians differ in the analysis of the causes of Holodomor, but according to some of them, the famine was planned by the Soviet leadership to eliminate a Ukrainian independence movement.

Since 2006, the Holodomor has been recognised by Ukraine, and 15 other countries as genocide against the people of Ukraine carried out by the Soviet regime. It is recognised as a crime against humanity by the European Parliament.

It is hard to imagine that a country so rich in agricultural potential has suffered one of the worst famines in the 20th century (second only to the Great Chinese famine of 1958-1962).

Ukraine, the second-largest country in Europe, is known as the region’s breadbasket thanks to its black “chernozem” soil, highly fertile and rich in organic matter called humus.

In case you did not know or realise, the two colours of Ukraine’s flag, blue and yellow, symbolise the blue sky and the country’s wheat fields.

Ukraine’s contribution to the world food market in 2021 was equivalent to the food for about 400 million people, not counting the population of Ukraine.

By 2030, Ukraine planned to provide food for one billion people worldwide.

But this is without factoring in Vladimir Putin, an admirer of Stalin, who has gone to great lengths to rehabilitate this most notorious leader in Russia’s history.

By blocking Ukraine’s ports and preventing grain-laden ships from leaving, Putin is effectively engineering Holodomor 2.0, but it has a global impact this time around.

Ukrainian farmers now have an estimated 22 million metric tons of grain stuck in storehouses. Entire countries, especially in the Middle East and Africa, are dependent on Ukrainian imports of wheat, corn, and sunflower oil.

The lack of Ukrainian imports is already pushing food prices up and pressing countries already facing shortages toward famine.

UN Secretary-General António Guterres has warned that dwindling food supplies caused by the war in Ukraine, the pandemic, and climate change could lead to global turbulence.

The World Bank calculates there could be a 37% jump in food prices, enough to trigger unrest of the type we saw in the Arab world in 2010-2011.

French President Emmanuel Macron and German Chancellor Olof Scholz spoke to Putin for 80 minutes on Saturday. One of the main topics discussed was the need to defuse the looming world hunger crisis.

What is clear is that Putin is blackmailing the West. He will agree to unblock the Ukrainian exports only if Western sanctions against Russia are lifted and the arms supplies to Ukraine are halted.

In the meantime, the Russian army is stealing Ukrainian crops and some countries have upped their imports of wheat from Russia since the start of the war. Russia delivers an unmistakable message to the countries in need of Ukrainian agricultural products: Be friendly with us, and you will receive the food you need. Stolen food, possibly.

For the unfriendly, it will be Holodomor, and for the European Union, another wave of migration, unmistakeably man-made this time.

For the leaders of Europe, meeting in Brussels for another extraordinary summit today, there is a fine line between negotiating with Putin and being caught in and trapped by his devilish brinkmanship.

What should the EU do? Certainly not lift the sanctions on Russia or stop supplying weapons to Ukraine.

Therefore, a plan B to supply food to the needy must be devised, and the EU cannot do it alone. Several G7 members should make an effort to increase their food production.

It’s also good that Germany holds the G7 presidency: The EU should be in the driver’s seat because Europe is more vulnerable than other continents to new waves of migration.

And yes, EU leaders should look at the bigger picture. Our Union needs to become much more resilient.

The children of Ukraine should be at the heart of EU politics.

Every child should have the opportunity to grow up safe, happy, and healthy. For the 7.5 million children of Ukraine, such a vision feels extremely out of reach. At Eurochild, we are working on strengthening systems to support the ‘best interest of the child.

EU leaders are set to discuss on Monday whether to give the political green light to a ban on seaborne oil instead of a full embargo on Russian oil to circumvent a veto threat from Hungary.

The technical standards that will implement the EU’s Artificial Intelligence Act will be developed jointly by the three European standardisation bodies.

European cities are putting measures in place to reduce toxic emissions from vehicles to improve air quality and save lives.

The WHO finds a loophole that could undermine efforts by the EU Beating Cancer Plan to reduce alcohol consumption amongst young people.