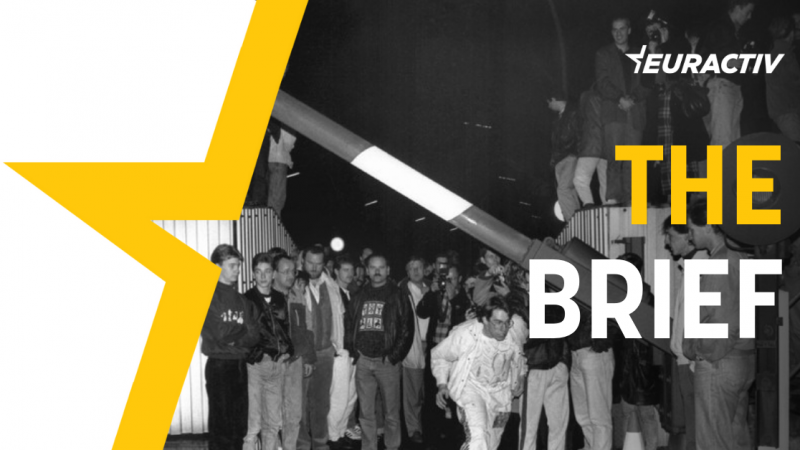 The idea of instant membership in the EU for Ukraine has become topical in recent days. Is it realistic? Let’s give it some thought.

On 28 February, Ukrainian President Volodymyr Zelenskiy submitted an official request to allow his country to gain ‘immediate’ membership of the EU under a special fast-track procedure, as the country defended itself heroically from the Russian invasion launched four days earlier.

On Monday, the European Union said it would seriously look into Ukraine’s application, recognising the move’s political weight amid dramatic circumstances, but also acknowledging the lingering hesitation from many member states over the issue of further EU enlargement.

The next day, EURACTIV was approached by the Kyiv Independent asking us to write an explainer for the Ukrainian audience with our honest take on whether such an idea is realistic, and laying out what the citizens of Ukraine should know about the complicated issue of EU accession procedures.

Together with Zoran Radosavljevic, I co-wrote the explainer which was published the next day and got a lot of attention, as interaction on social media indicates.

The last countries to join the EU were Bulgaria, Romania, and Croatia. Romania applied for EU membership in June 1995 and Bulgaria in December 1995. Both were invited to start accession negotiations in December 1999.

It took Bulgaria and Romania until 25 April 2005 to sign their Accession Treaties, and they finally joined on 1 January 2007. For Croatia, things moved a bit faster: it applied for EU membership in 2003 and joined on 1 July 2013, so it only took a decade.

That is what we wrote.

On reflection, I think we may have missed one important point: A precedent of sorts exists, instant EU membership has happened once.

It was the reunification of Germany. Eastern Germany, the German Democratic Republic (DDR), became an EU member overnight, by joining the Federal Republic of Germany, officially on 3 October 1990.

There were no accession talks, no chapters, no clusters. There was a strong historic momentum comparable to the drama of our present days.

Furthermore, it wasn’t just any EU country, it was Germany, and it probably sufficed for Chancellor Helmut Kohl and his foreign minister, Hans-Dietrich Genscher, to promise that “we’ll take care of this” to avoid any big debate.

Absorbing the DDR meant huge costs for the federal budget but the expense was never an issue. Indeed, there was a well-functioning administration in the West that took over the management of the Eastern territories and that was that.

How this compares to Ukraine, an independent country for the last 30 years, is a matter for debate. But there are enough arguments for opponents and supporters alike.

Vladimir Putin’s war in Ukraine will come to an end at some point and then the sides will sit at the negotiating table. Russia is likely to obtain territorial gains, which is of course hard to swallow. But this is what usually happens in the name of peace.

At that moment, Ukraine clearly needs to be compensated with something Putin would need to accept – possibly the country’s instant accession to the EU.

Yes, it would come at a cost, but Europe already owes a lot to Ukrainians for their bravery and for waking us up to reality.

This instant membership should be extended also to Moldova and Georgia. Today, Georgia has already asked for it, while Moldova is still hesitant, fearful of antagonising Putin. But the situation is changing.

The biggest mistake would be, once the truce takes hold, to return to the old bureaucratic approach – the one we described in our explainer.

But we will be submitting this text to the Kyiv Independent as well.

As the war in Ukraine rages on, Europe braces for an unprecedented wave of refugees. European regions are expected to play a crucial role by leveraging their interconnectedness and the EU’s regional cohesion funds.

The European Union needs to stop all oil and gas imports from Russia to prevent indirectly funding Russia’s war in Ukraine, 25 NGOs, including the National Ecological Center of Ukraine, told the EU on Thursday.

Despite a downward trend in terrorism across Europe in the past decade, attacks and deaths could increase as the Ukrainian conflict intensifies, according to a report published by the Institute of Economics and Peace (IEP) on Wednesday.

With citizens more concerned about health due to the pandemic, questions are raised as to whether the EU’s current instruments are enough, or whether it is time to discuss member states sharing more health competencies with the EU.

Legislative proposals on the circular economy are expected by the end of March, according to a two-day joint conference organised by the French EU Council, the EU Commission and the Economic and Social Committee (EESC) on 1 and 2 March.

Given Belgrade’s loyalty to Moscow, it came as quite a surprise that Serbia supported a United Nations resolution on Wednesday asking Russia to “immediately” withdraw from Ukraine.

View’s are the author’s.