The Brief – Is the EU at war with Putin? 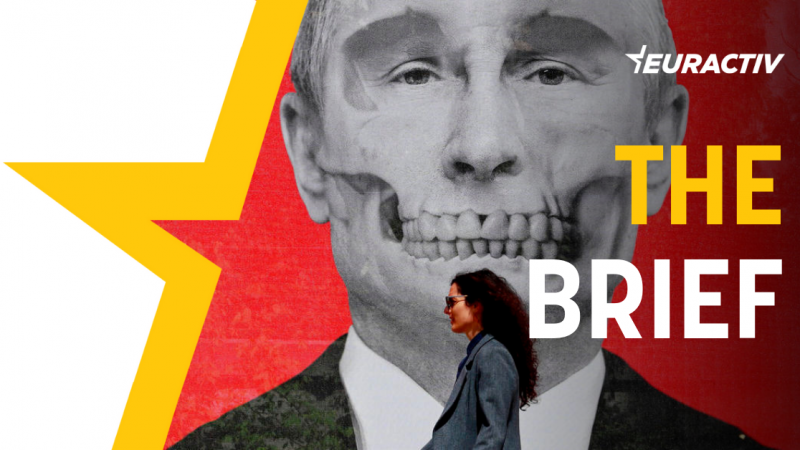 Helping Ukraine against the aggressor is a duty for all Europeans but there is a fine line between assisting Kyiv and waging war by proxy against Vladimir Putin, who has a nuclear button.

The Ramstein meeting in late April marked a turn in the Western approach vis-à-vis the war we thought Ukraine would lose in just a few days. But Ukraine is fighting heroically, and Western military aid is proving effective. Conversely, the Russian army proved to be less potent than we thought.

At Ramstein, the idea that Ukraine could win the war suddenly became mainstream. After that, the US decided to send vast quantities of weapons to Kyiv.

But what does “winning the war” mean?

Possibly there are different views. The US Defence Secretary Lloyd Austin said he wanted to see Russia weakened and unable to recover quickly, so it would no longer be tempted to wage similar military adventures.

There are also different views on whether the war can be extended to Russian territory. State Secretary Anthony Blinken said that, in his opinion, it’s Ukraine’s decision whether or not to strike objectives over the border.

Maybe the US objective is a war which would cripple Russia, or perhaps it is a change of regime. Either way, and whether it is intentional or not, the war is also handicapping the EU.

Clearly, the EU objective should be peace.

But for a peace agreement, there are two main sides – in this case, Ukraine’s Volodymyr Zelenskyy and Russia’s Putin. Facilitators and guarantors are of secondary importance, although the most valuable facilitator and guarantor is the EU.

At the beginning of the conflict, Zelenskyy was ready to recognise Crimea as Russian, give up the objective of NATO membership, and seek territorial adjustments for Donetsk and Luhansk.

Today Zelenskyy’s aides say they want a Nuremberg-type process for Russia after the war, which implies an unlikely capitulation of Moscow. This could not be a base for negotiations.

So the question is: If Washington and Kyiv are at war with Putin, are we, Europeans, in this war as well? Or, to put it otherwise, do we realise what we have embarked on?

Do we realise that the hawks in the Western camp increase the risk of a nuclear option? Russia’s doctrine allows the first use of nukes if the existence of Russia is at stake. Who knows when Putin will decide that the threshold has been crossed?

Pundits believe that on 9 May, Putin will announce that this proxy war is, in fact, a NATO war against Russia. In such a scenario, we will take a big step towards nuclear war.

Only Europeans have the real potential to mediate in peace talks. Lavrov mentioned that lifting sanctions should be part of such agreement, and for such decisions, Turkey’s Recep Tayyip Erdoğan is not the right interlocutor, despite his ambitions to be a facilitator.

Only European leaders, and specifically France’s Emmanuel Macron, can have the ear of Putin, even if talks held so far have failed.

While the US supplies heavy weapons and provides intelligence to Kyiv, the EU should have a completely different approach. The EU should concentrate on the effort to address the humanitarian catastrophe, stop the war, and reach a peace agreement.

This effort must continue regarding the supply of weapons to Kyiv by a number of EU countries. But there should be an important conditionality: the readiness of the Ukrainian leadership to engage in peace negotiations.

Ukraine’s ambition to join the EU is genuine, and it would be a massive asset for the EU. Thanks to this ambition, the EU possesses the leverage to stop the war and avoid the risk of a nuclear holocaust.

But maybe it doesn’t know it yet.

A message from NGVA Europe
Biomethane (bio-CNG & bio-LNG) fuelled vehicles are a carbon-neutral solution, ready to play their role in achieving rapid GHG emission reduction. Including a voluntary crediting system in the CO2 emission standards is key.
Learn more.

Ukraine will complete by the end of this week the second part of a questionnaire on political and economic criteria for EU accession and expects a positive answer in June, the country’s Deputy Prime Minister for European integration, Olha Stefanishyna, told EURACTIV but added that Kyiv understands “there is no fast track” for EU membership.

Indian Prime Minister Narendra Modi arrived in Europe on Monday with New Delhi’s refusal to condemn Russia’s invasion of Ukraine set to be a key talking point in meetings with regional leaders.

UK-funded researchers have investigated the new tactics of a “troll factory” in St Petersburg involved in the Kremlin’s large-scale disinformation campaign to justify the war in Ukraine.

Germany’s environment and agriculture ministries are reportedly working on restrictions for biofuel production so more grain can be used as human food as agriculture markets remain strained due to the war in Ukraine. EURACTIV Germany reports.

Meanwhile, the lawmaker overseeing the adoption of a key package of EU climate legislation in the European Parliament has urged colleagues to stop fighting over the proposed reform, saying Europe must rise to the occasion in the current geopolitical context.

The European Commission’s proposal to regulate the bloc’s carbon removals market will be based on existing verification and certification schemes and will aim to create a common method in order to bring more transparency to the opaque sector, an EU official has said.

Meanwhile, the European Commission sent Apple on Monday the preliminary findings of a competition investigation into its mobile payment system, Apple Pay, suggesting that the US tech giant had “unfairly shielded” its system from competitors and therefore stifled innovation.

Kazakhstan’s President Kassym-Jomart Tokayev has announced a national referendum on his proposed amendments to the county’s constitution and warned against what he described as “provocateurs who are trying to undermine the unity in the country”.

The views are the author’s.