The Brief – Mariupol: Hell on Earth 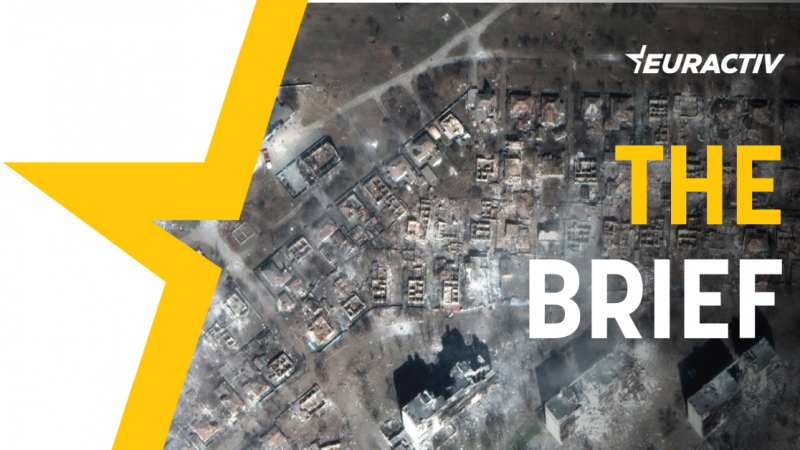 Hell is very close. Mariupol in Ukraine is 765 km from Constanța in Romania, 870 km from Varna in Bulgaria.

The city on the shores of the Azov Sea, which once had a population of more than 400,000, has been a strategic focus of Russia’s invasion of Ukraine and has suffered near-constant bombardment.

The theatre of Mariupol was bombed, despite warning signs stating “children” being painted on the outside.

Up to 300 women and children remained buried in the bomb shelter under tons of debris.

Throughout the rest of the city, reportedly, not a single building is undamaged, and many have been reduced to rubble.

For Russia, Mariupol is a strategic prize. Its capture could enable it to create a land corridor between Crimea, annexed by Moscow in 2014, and the two separatist enclaves of Donetsk and Lugansk.

Nearly 5,000 people, including about 210 children, have been killed in Mariupol since Russian forces laid siege to it, Ukrainian sources said on Monday. The actual death toll could be much higher because many people are unaccounted for, and an untold number of corpses remain buried in besieged bomb shelters.

The mayor of the city, who is no longer there, said that about 140,000 people had fled Mariupol before the Russian siege began, with a further 150,000 exiting since then, leaving 160,000 civilians left behind.

In the absence of a general ceasefire, the evacuation of Mariupol should be the number one humanitarian task for the global community. But Ukraine said it was impossible to create any safe corridors, citing intelligence reports about possible Russian “provocations” along routes.

According to the BBC, Russia is reportedly housing an estimated 5,000 refugees from Mariupol at a temporary camp. Russia’s strategy appears to be to take the refugees on its territory and keep them hostage. The BBC report cites a Mariupol refugee, now in Russia, saying: “All of us were taken forcibly”.

But Ukraine’s Deputy Prime Minister Iryna Vereshchuk said 40,000 had been moved from Ukraine to Russian-held territory without any coordination with Kyiv.

Some Ukrainian officials describe Russia’s actions as “deportations” to “filtration camps” – an echo of Russia’s war in Chechnya when thousands of Chechens were brutally interrogated in makeshift camps, and many disappeared.

What can the EU do? Apparently, nothing.

A France-led initiative, including (unusually) Greece and Turkey, to evacuate Mariupol civilians announced five days ago was aborted after Russia rejected it.

Putin reportedly told Macron that Ukrainian forces fighting in Mariupol would have to surrender before humanitarian aid could be dispatched.

In the light of some optimistic reports about Russia being willing to scale-down operations, the reality in Mariupol suggests otherwise.

Every war is despicable and leaves behind geographic names most of us have never heard before: Mỹ Lai in Vietnam, Srebrenica in Bosnia, or Ghouta or Aleppo in Syria.

Mariupol is already the martyr city of the Ukraine war. It is also a symbol of Europe’s incapacity to prevent massacres at its borders.

In the meantime, the world will experience an unprecedented food crisis because 30% of the world’s wheat exports are from Russia and Ukraine. This is made worse because Mariupol and the entire Azov Sea, through which produce flows, are de facto blocked by Russia due to their so-called “anti-terrorist measures”.

Skyrocketing prices for food could spark worldwide unrest. But the Kremlin playbook has already prepared an answer, and they are blaming Western sanctions.

After documents surfaced proving that for years, Russian hackers have had virtually full access to the entire IT system of Hungary’s foreign affairs and trade ministry, and the Hungarian government did nothing to stop them, the united opposition has called for the resignation of Foreign Minister Péter Szijjártó.

Since the start of the Russian invasion, over four million people have fled Ukraine. Despite being welcomed in many European countries, those refugees risk falling prey to human traffickers.

The Mayor of Lviv, Andriy Sadovyi, asked where money donated to NGOs had gone during an address to the working group on Ukraine of the European Committee of Regions (CoR) on Wednesday.

The European Commission is under increasing pressure to ease rules on nitrate use in farming, allowing the use of processed manure in sensitive areas to help cope with rising fertiliser prices.

The EU’s attempts to encourage citizens’ engagement through participatory tools have made little impact due to the lack of information and clear follow-up, experts say.

The Commission has announced that the EU will continue providing budget support to Tunisia, even as the country’s controversial President Kais Saied moved to immediately dissolve parliament after it voted to repeal his decision to freeze democratic institutions and rule by decree.

The French government has justified its increased use of consultancy firms during President Emmanuel Macron’s five-year term, saying it was due to “exceptional circumstances”.