The Brief – Once bitten, but the EU need not be shy in Minsk 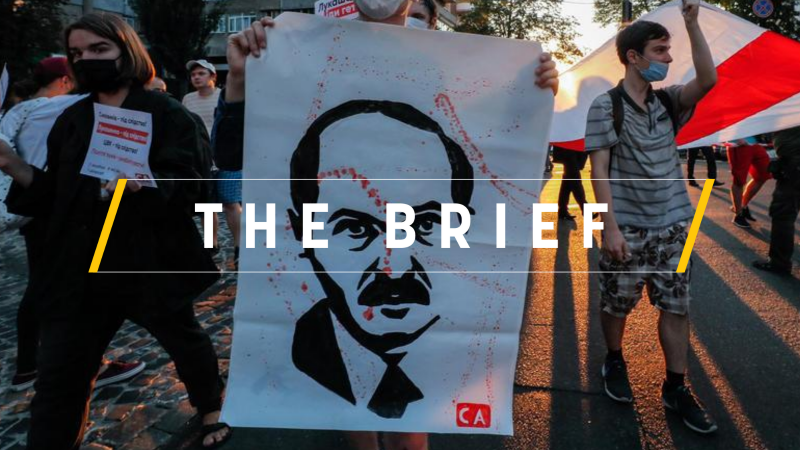 The election fraud and crackdown on the protests in Belarus called for a firm response from the EU. However…

After a trial of strength, EU foreign ministers gave the political green light for sanctions against high-ranking supporters of Belarusian strongman Alexander Lukashenko.

According to the political agreement, the sanctions are meant to primarily target those accused of being responsible for the rigged elections earlier this month and the violent crackdown on the peaceful protests that followed, EU chief diplomat Josep Borrell told reporters in Berlin after the meeting.

A list of possible names exists, though it is still unclear who will be on it. When asked by EURACTIV, Borrell appeared reluctant to include Lukashenko himself on the sanctions list.

This seems slightly perverse. After all, if a sanctions list – at a high political level – is to exist at all, then it should include the king-pin himself.

Opponents of such a move fear that this could complicate diplomatic efforts to resolve the conflict and deprive the EU of the opportunity to tighten its course again, if necessary.

But what’s the point of making a response, when you are not going to use it to send a decisive message? Once again, unsurprisingly and unfortunately, the EU’s response looks weak.

In one sense, the chaos and the indecision are entirely understandable.

“Belarus should not become a second Ukraine,” Borrell told reporters. Both him and Commission President Ursula von der Leyen are desperate to avoid the diplomatic missteps made by their predecessors six years ago in Ukraine.

The memory of the Euromaidan movement in Ukraine is a painful one for the EU, as the community is faced with a dilemma: how can the EU provide an appropriate response to the blatant electoral fraud of autocrat Lukashenko without provoking the overreaction of his powerful Russian neighbour?

In Ukraine, where the opposition succeeded in overthrowing a pro-Russian regime more than six years ago, EU representatives were a major presence.

Prior to the 2014 protests, the Barroso Commission had been negotiating an Association Agreement with Ukraine.

However, his Commission got its fingers badly burnt from backing the Maidan movement in Ukraine against the pro-Kremlin President Viktor Yanukovych and creating the impression that the Ukrainian people faced a make-or-break decision to choose between the EU and Russia.

Some of the Maidan leaders lauded by EU leaders turned out to run far-right parties.

And then, months after the EU dangled the prospect of eventual membership to Ukraine, Russian troops annexed Crimea, plunging Ukraine into crisis and leaving the EU embarrassed and with little room for manoeuvre.

But there are plenty of reasons why Belarus cannot and will not be Ukraine Mark II.

The decisive goal of the Maidan protest at that time was to enforce an association agreement between Ukraine and the EU.

For one thing, the protests in Belarus are neither pro- nor anti-EU or Russia, but as the leading face of the protest points out, about democracy. Such close ties with the EU and the West are not up for debate.

Whatever Moscow may say about iniquitous EU interference, it is hard to make the case that Brussels has any particularly significant strategic interest in Minsk other than that it is in the neighbourhood.

So the EU need not be overly worried about overstepping the mark with Lukashenko.

Sanctions are always a balancing act, but the political message sent by indecision and weakness will again damage the EU’s reputation in international diplomacy.

EU candidate Montenegro is holding a crucial parliamentary election this weekend. Slovak MEP Vladimír Bilčík, who leads the European Parliament’s delegation for relations with the country, said it is “essential” that they are conducted safely, peacefully and freely, recalling a coup d’etat attempt that marred the previous ballot in 2016.

A European Parliament sub-committee discussed corruption in Bulgaria on Friday (28 August) in the presence of top Bulgarian officials, after more than 50 days of protests in the EU’s poorest country.

If you’re interested in what the future may bring, check out the latest endeavour by investor/inventor Elon Musk – trying to connect the human brain with a computer – live webcast will be here around midnight Brussels time.

One response to “The Brief – Once bitten, but the EU need not be shy in Minsk”