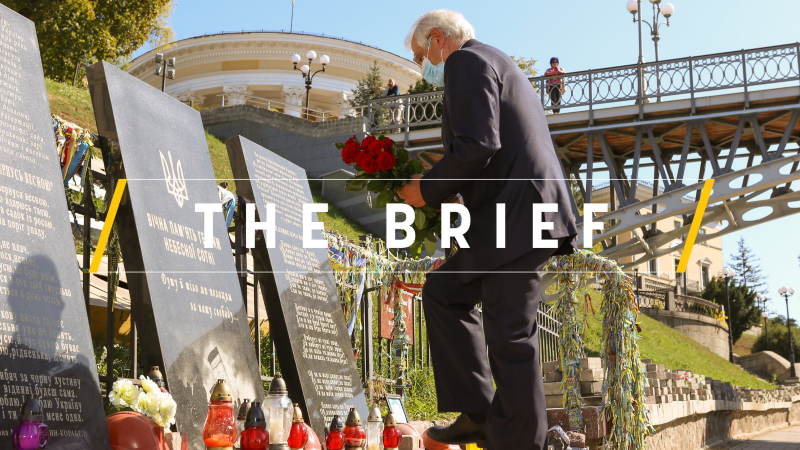 The Brief is EURACTIV's evening newsletter. [Europe by Satellite]

Created in 2009 under the Czech Presidency as a response to the Union of the Mediterranean, launched months before under the French Presidency of Nicolas Sarkozy, this format has recently been slightly revamped to allow the three countries with ambitions to join the EU (Ukraine, Moldova and Georgia) to stay in the game, without alienating the other three, which don’t nourish such ambitions.

Vladimir Putin’s Russia dislikes the format and conveys the message that the successor state of the Soviet Union needs its buffers – territories which Moscow considers its preserve. It is probably no coincidence that all six countries have in recent weeks experienced dramatic events, certainly with more to come.

Everything is possible in Ukraine, basically a failed state where Russia is present in the Eastern part of the country, and which is on life support from the IMF.

It may sound like a paradox, but Moldova, another failed state, may be destabilised by the only good news it has generated in a very long time: the election of a pro-EU president. For Russia, present in Moldova’s breakaway region of Transnistria, an election is never the end of the story…

Georgia is in a mess precisely following the recent voting, with the (pro-EU) opposition crying foul over what it says is a rigged election. The ruling party is also pro-EU, although the opposition says it’s a puppet in the hands of Moscow.

Russia is present in Georgia’s regions of Abkhazia and South Ossetia, occupied in 2008, following reckless decisions by Mikheil Saakashvili, who leads today’s opposition.

The most dramatic events, however, took place on the killing fields of Nagorno-Karabakh, from 27 September, when the war erupted, until the Russian-brokered peace of 10 November.

Today Azerbaijan celebrates its territorial gains (Nagorno-Karabakh is a territory which according to international law indeed belongs to Azerbaijan), while angry Armenians are left to host displaced persons and ask for the resignation of their prime minister.

Armenia is supported by Russia, while Azerbaijan got decisive support from Turkey (tank-killing Bairaktar drones).

At first sight, Russia appears to be the loser, but in reality, Moscow won massively, as the power broker and the guarantor of the ceasefire – and of possible talks to try to settle the conflict. Turkey also won, mostly from aligning Azerbaijan with its ambitious geopolitical agenda.

Diplomats from the region fear (or simply acknowledge) that the EU has lost interest in their part of the world, while the US is still busy counting votes. Belarus protesters are making efforts not to express any pro-EU sentiment, out of fear of antagonising Russia and radicalising Lukashenko’s repressions. They know the last thing they need is another Maidan.

The upcoming Portuguese Presidency is not expected to include EaP among its priorities. It is safe to forecast that EaP will stay on the EU backburner at least until the second half of 2022, when the Czechs will have their second presidency, and the EU will slowly start preparing for its next elections.

Bulgaria plans to voice its opposition to starting EU accession talks with neighbouring Republic of North Macedonia as the two countries have yet to settle disputes over history and language, Foreign Minister Ekaterina Zaharieva said.

In order for the goals in the EU’s data strategy to be realised, connectivity is a necessary prerequisite, but the bloc should also be wary of implementing policies that move towards a culture of data localisation, says Finnish MEP Miapetra Kumpula-Natri.

One response to “The Brief, powered by EHFG – Eastern Partnership burning”