The Brief, powered by EPRA – The Crimea question 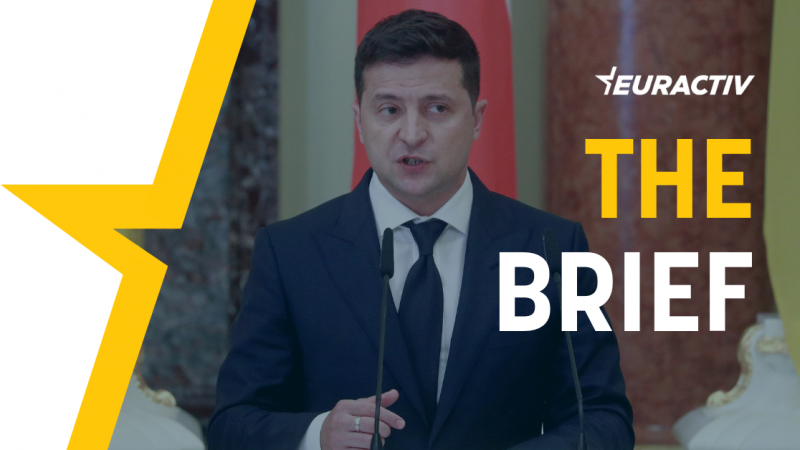 The “countdown for the de-occupation” is running, Ukraine’s President Volodymyr Zelenskiy said at the first Crimea Platform summit last month, where 46 summit participants, including 14 national leaders, stressed the possibilities for Ukraine to regain full control of the peninsula.

The question is whether successive summits will be able to bring the issue of Crimea back on the European agenda. In seven years since the occupation, international efforts clearly haven’t undone Russian annexation.

Moscow, which has so far failed to obtain international recognition of the annexed peninsula, has done everything to normalise its presence in Crimea. By passportisation, by military presence, by detaining critics and opponents of their occupation – and by inviting Western politicians for flying visits to the shores of the Black Sea.

The chances, observers in Kyiv and the West say, are slim that Russia will come back to the negotiating table any time soon, especially because Moscow looks on the situation from a position of military power.

It is only a matter of time until foreign investment or economic activity, how dubious they might be, will return if sanctions are loosened.

The platform is an admirable attempt, seven and a half years after Russian troops landed, to get ahead of such a scenario. But where can this initiative realistically lead? Was it a powerful enough message to be heard in the corridors of the Kremlin?

A bone of contention in the aftermath of the summit was that Eastern European and regional allies turned out in force, but many Western countries did not send their highest-ranking officials, like Germany, France and the United States.

According to some diplomats participating in the summit, there were rumours about intense behind-the-scenes Russian lobbying of German Chancellor Angela Merkel and other Western European leaders to derail Ukraine’s summit plans.

Germany, France, Spain and Italy did not send their foreign ministers to the platform launch and Russia has certainly sensed this diplomatic discrepancy.

Of course, one could say you don’t need to poke the bear if it’s not needed. Zelenskiy got a farewell visit from outgoing Chancellor Merkel the day before the summit and the pleasure of a courtesy visit to the White House in the weeks after. But realistically, this does not equal strong support for the initiative itself.

From the EU side, European Council President Charles Michel was present. He did not mince words on the persecution of Crimean Tatars by Moscow or the fact that ‘Crimea is Ukraine’.

But Moscow knows how EU foreign policymaking works. In the end, it’s the member states that count.

And Brussels is not ready to go further than renewing existing sanctions.

“The EU’s hands are tied as long as Russia is not willing to come to the negotiation table to talk about de-occupation of the peninsula,” a high-ranking EU official told EURACTIV.

“Because what else could we do? Take our strategic autonomy, transport it to Ukraine and push the Russians into the Azov Sea?” he asked.

US President Joe Biden has made it clear during his first overseas Europe tour that America is back, and EU-US alliances still stand. But what changes are necessary in order to realign the regions and recover from the challenges of the past four years?

In a “race against time,” United Nations leaders say they hope to raise over $600 million for the impending humanitarian crisis in Afghanistan. Even before the Taliban’s seizure of Kabul last month, half the Afghan population was dependent on aid.

With just over three months left before France takes over the EU Presidency in January, the list of issues French President Emmanuel Macron plans to tackle keeps piling up. Will the French government be able to successfully prioritise its continental agenda amidst a national election?

And speaking of elections — attempts to undermine competitors during Germany’s second electoral debate meant that topics such as Europe and foreign policy were virtually absent from discussions. Of surveyed viewers, 41% reported that they found socialist candidate Olaf Scholz to be the most convincing speaker.

This is concerning for the European People’s Party (EPP), of which German Chancellor Angela Merkel has been a long-time ally. At an unusually tense EPP bureau meeting, members said goodbye to Chancellor Merkel and discussed the party’s future.

Wildlife experts have emphasized the importance of regulating the trade of wild animals, which could carry viruses such as COVID-19. “Three-quarters of emerging diseases are transmitted from animals to humans,” said Jean-Yves Le Drian at the Biodiversity Congress in Marseille last week.

And during a Friday vote, MEPs staked their preliminary position on the EU’s green farming ambitions, voting in favor of a draft report which includes a number of controversial amendments.

A new report from the Irish Council for Civil Liberties (ICCL) has accused Ireland’s data protection watchdog of effectively paralysing Europe’s GDPR, with a warning that it is “silently falling.”