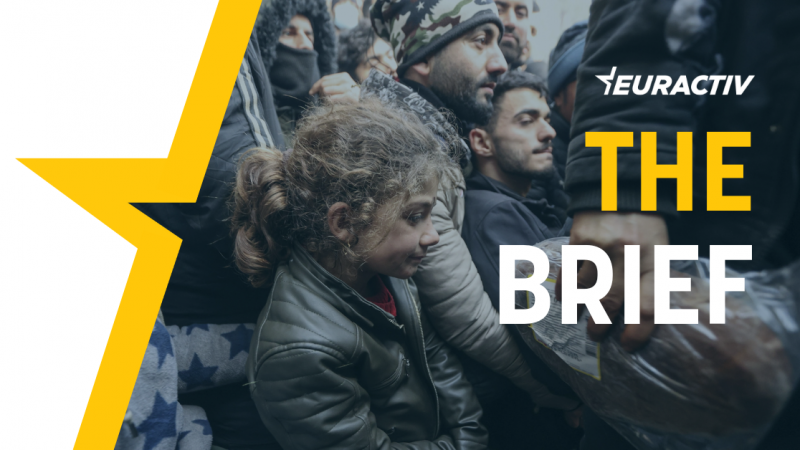 Have you heard of Frontex, the European Border and Coast Guard Agency?

Nevertheless, the Polish authorities refuse to give Frontex access to the area at the Belarus border, where more than 2,000 migrants, including children, are stuck in horrendous conditions.

The Polish authorities refuse access to anyone, including journalists. The photos and video footage we see from the crisis area come primarily from the Belarusian side.

And by the way, the journalistic community has been relatively silent about its predicament, just like the EU institutions. It’s a shame.

In the meantime, as if to add insult to injury, Poland accepted help in the form of a limited number of troops from a non-EU country, the UK. It is a strange gesture. Poland brags it has 15,000 soldiers, police and border guards mobilised. Does it really need 10 Brits – and no one from the EU side?

Even if the Polish government has the stomach to stand by and watch people dying of cold and lack of medical help (at least nine have died so far), this is not acceptable for the EU institutions and many influential member states.

A humanitarian disaster on the EU borders in the 21st century is something absurd and unacceptable. In distant continents, the EU has established humanitarian corridors and safety zones, but it appears impotent to do it at its external border in Poland.

By the way, EU institutions have silently decided to temporarily shelve the infringement procedures on Poland regarding the rule of law to provide some respite for Warsaw at a time when it has become the main target of Alexander Lukashenko’s hybrid war.

What more can the EU do? It has done a lot, maybe too much, by holding its horses on the rule of law. But on the Belarusian front, its patience is also running thin.

The Belarus border is a very dangerous place because this is where the EU risks losing any and all credibility as a guardian and enforcer of international rules and obligations.

If this were to be the end game, if the EU were to suffer its Waterloo there, then Lukashenko would have triumphed. In asymmetric hybrid wars, David can easily defeat Goliath.

Foreign ministers from Ukraine and Lithuania, alongside officials from the EU and NATO, have expressed concern over Russia’s increased military presence in and around Ukraine as the migrant crisis in Belarus continues to escalate. Ukraine’s foreign minister pointed to the soaring energy prices and disinformation campaigns as “all part of a broader strategy of Russia to shatter Europe.”

And international football governing body FIFA has “developed a comprehensive climate strategy” to reduce emissions by 50% by 2030 and reach net-zero by 2040, officials announced. While the announced measures are expected to cut internal emissions, critics argue that it is much harder to measure and eliminate the greenhouse gas emissions of football overall.

Nearly 100% of energy production in Albania comes from hydropower, but the energy cannot be stored and is not seen as sustainable. Communities impacted by hydropower damn construction are fighting back, and primarily winning the battles — but what exactly are they doing?

To fight democratic backsliding and strengthen local democracy, cities have developed creative tools to boost citizen engagement, such as participatory budgeting and regional consultations. But most European cities are no closer to finding common ground with their national governments, and growing divide can hinder local actions to the point that some are asking for cities to have direct access to EU funding.

An internal report on artificial intelligence embodies a push from EU lawmakers and member states to make regulation on AI less burdensome and more innovation-friendly. Instead of overburdening companies, the AI Act should give clear guidance and leave space for innovation, according to the Christian Democrat MEP leading the campaign.

2 responses to “The Brief, powered by Facebook — EU’s solidarity with Poland has its limits”