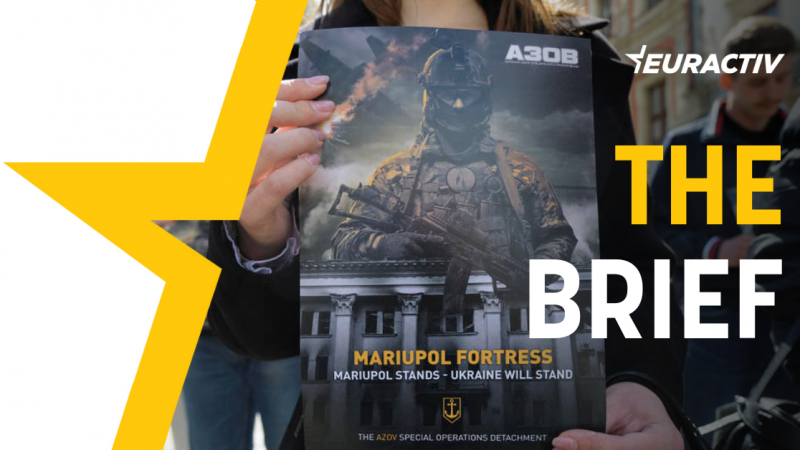 The surrender of the Azov battalion in Mariupol is a milestone in Vladimir Putin’s war in Ukraine.

It could be a chance for de-escalation if Russia chooses to highlight that it has achieved one of the major goals of its campaign – so-called de-Nazification – and seek a way out of the war it started.

But it could also mark a major escalation if harsh Russian reprisals against prisoners of war prompt the Ukrainian army to strike back on Russian territory.

On Thursday, Russia’s ministry of defence said that over the last three days, 1,730 Ukrainian fighters had surrendered at the vast Azovstal steelworks – the last bastion of Ukrainian defence in Mariupol – including 771 in the past 24 hours.

The Azovstal steelworks is a vast underground city with kilometres of galleries, which had been prepared, well ahead of the Russian invasion, to play a strategic role in case of armed conflict.

The once prosperous city of Mariupol, with some 400,000 inhabitants, has been completely destroyed in the fiercest battle of the war. The fighting killed tens of thousands of civilians, while most of the city’s population fled.

The fall of Azovstal would be Russia’s most significant victory since it launched what it calls a “special military operation” on 24 February. One of the proclaimed purposes of this “special operation” was to “de-Nazify” Ukraine.

The Azov battalion is a former nationalist militia with alleged neo-Nazi associations in its past, now integrated into the Ukraine National Guard.

Russia claims the Azov battalion is the main perpetrator of the alleged radical anti-Russian nationalism or even Nazism, from which it says it needs to protect Ukraine’s Russian speakers. Ukraine rejects such allegations and says Azov has been reformed away from its radical origins, adding that 40 members of the battalion are Jewish.

(Quite possibly, this argument won’t wash with Russia, whose Foreign Minister Sergei Lavrov has said Hitler had Jewish blood and that “the wise Jewish people say that the biggest anti-Semites are the Jews themselves”).

Anyway, the option favoured by Ukraine is that the captured members of Azov are exchanged for Russian prisoners held by Ukraine.

The other, however, is that Russia passes legislation saying such “Nazis” and “terrorists” cannot be exchanged and then stages a kangaroo court that it claims is inspired by the Nuremberg trials against Nazi leaders in 1945-1946.

A possible outcome of such a process, apart from a propaganda show for the Russian domestic audience, could be death sentences for many of the Azov battalion (Russia is no longer a member of the Council of Europe, and therefore, it could put an end to the moratorium on capital punishment which has been in force since 1996).

In Ukraine, members of the Azov battalion are considered national heroes. Such an outcome could cause widespread outrage and possibly inspire a major military effort to harm the enemy.

The developments suggest foreign diplomatic mediation is needed now more than ever.

Given the recycled World War II phraseology submerging Putin’s Russia, players such as Germany and Israel would seem to fit in the picture. But let’s face it: With Putin as interlocutor, there is absolutely no guarantee that attempts at conciliation would bring results.

European Union negotiators agreed on Thursday on mandatory gas storage obligations for EU countries, aiming for the the bloc’s storages to be at least 85% full by 1 November 2022.

Europe’s farming community gave a lukewarm reception to the possibility, suggested by the European Commission, of transferring up to €7.5 billion from the EU’s farming subsidies to the support measures aimed at overcoming dependence on Russian fossil fuels.

Meanwhile, analysts have slammed European Commission plans to raise €20 billion from the EU’s carbon market stability reserve as a way of financing a €300-billion effort to wean Europe off Russian fossil fuels.

The German government, rushing to reduce its reliance on Russian gas, is about to enact a law that will accelerate the construction of liquified natural gas infrastructure. Germany will then be able to import LNG from anywhere, causing concern among environmental NGOs about extending its dependence on fossil fuels even longer.

Representatives of the frequently targeted energy industry are more concerned about the risk of cyberattacks than before the Russian invasion of Ukraine, a new global risk report has found.

In other news, lawmakers in the European Parliament’s environment committee agreed a major overhaul of the EU’s carbon market on Tuesday, including ditching free permits to pollute by 2030 and expanding the EU’s carbon pricing scheme to the maritime sector.

The European Parliament Committee on Industry, Research and Energy (ITRE) does not support the Council’s position on network contribution because making big tech firms pay does not follow the principle of net neutrality.

Finally, listen to this week’s Beyond the Byline podcast and don’t miss the latest Economy Brief on Four-day work week: How competitive is mental health?