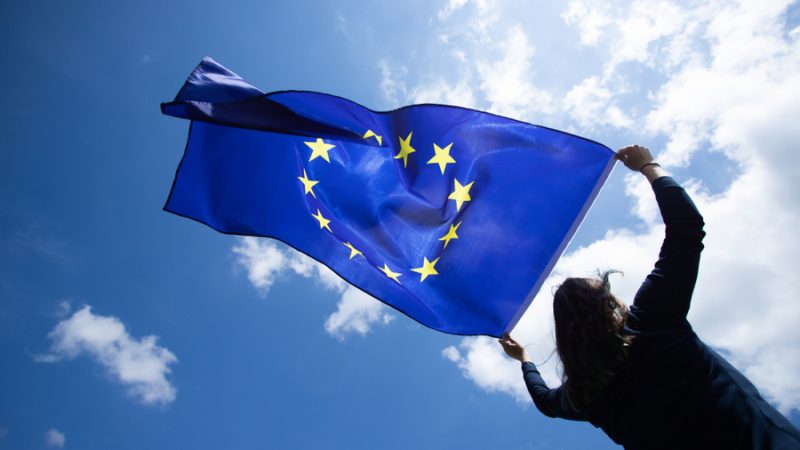 While the EU is right to reshuffle its policy priorities in the short term to respond to Russia’s war of aggression, European leaders should not turn a blind eye to democratic backsliding within our own borders in the name of unity against Russia, writes Sophie Pornschlegel. Photo: Shutterstock, Melinda Nagy

While the EU is right to reshuffle its policy priorities in the short term to respond to Russia’s war of aggression, European leaders should not turn a blind eye to democratic backsliding within our own borders in the name of unity against Russia, writes Sophie Pornschlegel.

The EU’s response to the Russian invasion of Ukraine was astonishingly swift and united – a welcome change from the dragging negotiations and lukewarm compromises Brussels is known for.

EU leaders shifted their policy priorities towards security and defence, welcoming Ukrainian refugees and humanitarian aid. The scope of the sanction regime put into place remains unprecedented. Certain governments – most notably in Germany and Denmark – did a 180-degree turn in their defence policies. There was even progress in policy fields in which discussions have been stuck for years. With the temporary protection directive (TPD) the EU took a bold step, allowing Ukrainian refugees to live and work in the EU.

The short-term reshuffling of policy priorities was necessary in view of the unprecedented threat we now face at our eastern border. However, the systemic rule of law violations in several member states have not suddenly disappeared because Putin decided to invade Ukraine. Quite the contrary: some governments are taking advantage of the situation to further dismantle democratic rights and liberties in their own countries.

These systemic breaches of the rule of law risk destabilising the EU in the face of new external threats. This is why European leaders should not relegate democracy and human rights to the bottom of their agenda in the name of unity. Decision-makers should instead stick to their guns – which are, in this case, the Union’s values.

Putin’s methods are not exclusive to Russia.

Several governments in the EU are guilty of applying the same autocratic playbook. In Hungary, Orbán has changed the constitution to secure his own power and weaken the opposition. In Malta and Slovakia, journalists have been assassinated for their independent reporting in the past years. In Poland, judges are suspended for implementing independent decisions, and both women’s and LGBTQI+ rights are endangered.

Across the EU, the conditions for civil society to operate have dramatically worsened. The same NGOs that are now on the ground helping Ukrainian refugees were the ones criminalised for their work only a few months ago.

Autocratic governments in the EU have understood that they can use the current geopolitical context to their own benefit and instrumentalise the war at the EU’s doorstep to strengthen their position. The PiS government in Poland, for instance, is in negotiations with the European Commission for the release of funds from the EU’s Covid-19 recovery package, which had been withheld due to Poland’s crackdown on independent judges.

As millions of Ukrainian refugees now arrive in Poland, the government has bolstered its position to ask for the EU’s financial support without too many strings attached. And while the EU will link the release of funds to certain conditions, it is also likely to show more leniency towards the Polish government – despite its dismantling of its own democracy and questioning of the EU’s legitimacy.

It is telling that the OSCE will send a full-scale election observation mission to Hungary and reported the lacking “level playing field” in the media landscape, as well as the blurring between state and parties in the campaign – a strong signal that this election was maybe free, but not fair at all.

The EU should not show leniency in the name of unity

For now, the EU’s response to repeated rule of law breaches has been rather moderate – after all, Poland and Hungary have a veto power in the European Council and remain crucial partners to find compromises in other policy fields – including on joint sanctions against Russia. It might also seem as if democratic backsliding has not (yet) hindered the EU in finding a united response to Russia’s war of aggression in Ukraine. But in the long run, this continuous democratic erosion will undermine the EU’s internal cohesion and our ability to respond to external threats.

The first cracks have already started to appear. Orbán has accepted the EU’s sanctions against Russia – possibly due to Polish pressure – but Hungarian state media continues to spread Russian propaganda at home. And while Poland is currently very welcoming to Ukrainian refugees, it does not mean an EU relocation scheme for refugees will become feasible any time soon, especially not when the refugees in question are Muslims rather than Christians, and do not have the “right” skin colour.

Lastly, NGOs currently doing the heavy lifting to support refugees cannot count on being able to continue their work unhindered in the near future.

Some might argue that we first need to respond to Putin’s war of aggression and then deal with our own rule of law crisis – once we have ‘more time’. This is a mistake: We do not have to choose.

Safeguarding our values at home goes hand in hand with standing up against tyrants such as Putin. This is why the EU should see sticking to its democratic values as an integral part of its response to Putin’s aggression. Now is the time to practise what we preach.