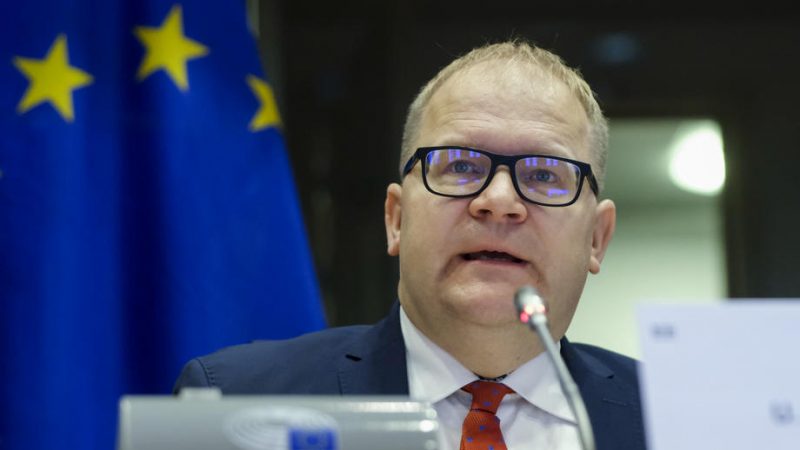 Europe must realise that with the current criminal Russian regime, it will not be possible to restore relations with Moscow even when the war in Ukraine ends, writes Urmas Paet.

Russia’s aggression against Ukraine has far-reaching implications for the EU and its member states. This includes Europe’s security, but it also has political, economic and psychological effects.

Even for the younger generations of Europeans who thought that war in Europe was only a dark chapter in history, it is now clear that war, with all the suffering that comes with it, is still possible in Europe in the 21st century. This realisation carries an important psychological change, which is significantly shaping public opinion. People support helping Ukraine and influencing Russia to end the war.

Russia’s war in Europe has changed the decades-long attitudes of many European countries.

So far, there has also been considerable consensus among EU countries on sanctions against Russia. Thus, in the past three months, Europe has significantly changed. But what is even more important, is what happens next.

Unfortunately, it seems that Russia’s war against Ukraine will continue for a long time. It means more deaths, suffering and horror. Europe must be prepared for this. We must step up the pressure on Russia in order to reduce the means at Russia’s disposal to continue the war in Ukraine. This includes imposing sanctions on Russian energy exports and the intensification of sanctions against the financial sector.

In order for the EU to have a more rapid and effective decision-making process, it makes sense to use qualified majority voting in our foreign policy when it concerns responses to violations of human rights and international law.

In this case, it would not be necessary anymore to constantly seek consensus to impose sanctions, because, unfortunately, life has shown that there are still some member states whose tactics are delaying and diluting the vital decision-making.

The EU and the Member States must also continue to provide comprehensive assistance to Ukraine. This includes providing weapons but also economic and political assistance.

With regard to the latter, it is crucial to grant Ukraine EU candidate status. The same goes for Moldova and Georgia. It would give these countries a clear perspective. Only after giving the candidate status, it will be possible to start real accession negotiations.

The EU must also seriously review its relations with third countries that are in one way or another supporting Russia’s aggression against Ukraine. This also applies, for example, to votes at the United Nations. Those countries that have refused to condemn Russia’s aggression against Ukraine and, for example, to remove Russia from the UN Human Rights Council, should not enjoy, preferential relations with the EU in terms of trade and access to the EU’s common market.

The EU must make rapid changes to its energy policy and investment. Finally, the principles of a coherent EU energy policy need to be implemented. The EU must not be heavily dependent on third countries for its energy supply and energy connections between member states must be completed. So far, unfortunately, this has been overlooked. Thus, even after the Russian occupation of Crimea and the invasion of Ukraine in 2014, the Nord Stream 2 gas pipeline was developed, which would have further increased Europe’s dependence on Russian gas. Hopefully, these tough lessons will finally guide Europe in the right direction.

Russia has grossly violated international law and committed war crimes in Ukraine. These actions must not go unpunished. The EU must do everything in its power to bring criminals to justice.

We must also realise that with the current criminal Russian regime, it will not be possible to restore relations with Russia even when the war in Ukraine ends. Russia needs to change radically.

Otherwise, there is no guarantee that the current horrors will not happen again after some time. Russia must stop imagining that it has the right to determine the future of other countries and peoples. They do not have that right.

Until they understand this and change their behaviour significantly, the EU will not be able to return to normal relations.