Why the Ukraine crisis is not an energy quake 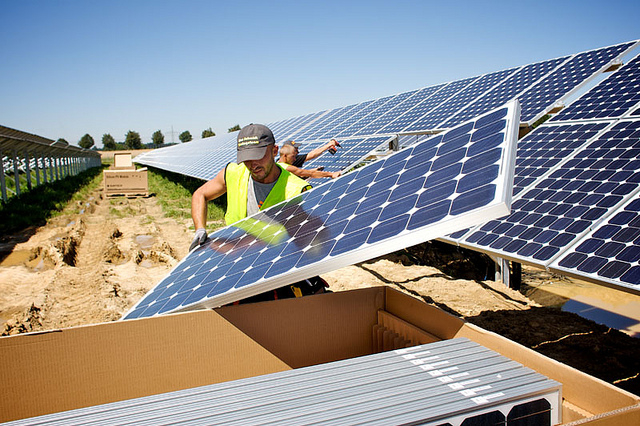 The common feeling that the ongoing Ukraine political crisis could negatively impact European energy supplies, and therefore worsen the post-2008 European economic malaise is somehow a false perception based on misinterpretations of recent trends in European energy markets, and is leading to miscalculations of existing and potential risks, writes Danila Bochkarev

Danila Bochkarev is senior fellow at the EastWest Institute (EWI) in Brussels. The views expressed are his own. A longer version of this article was published at EWI website (www.ewi.info)

“Ukraine certainly plays a central role in transiting Russian natural gas to Europe. In 2013, 86.1 billion cubic meters (bcm) or 52 percent of Russian gas sold to Europe and Turkey went through Ukraine’s territory. Kiev is also an important client of Gazprom, purchasing significant volumes of Russian gas. In 2013, the country has bought 27.7 billion cubic meters (bcm) of gas. The issue of gas pricing and debt to Russia’s Gazprom has complicated bilateral energy relations between the two countries. This friction began years before the current political crisis. In 2009, there was a two-week long interruption of Russian gas supplies, preceded by another supply crisis in 2006. Tensions amidst the current political crisis and the inability of Ukraine’s national gas company Naftogaz to pay its bill could indeed potentially lead to a temporary full-scale interruption of gas supplies. But this is unlikely due to the complexity of economic links between Russia and Ukraine.

The likelihood of a European gas crisis from supply cuts is also low, and if it were to happen, it would be short-lived. Any cuts would not significantly impact Europe’s security of supply and economic growth. There are two myths to dispel regarding Europe’s economic vulnerability.

ExxonMobil’s Outlook for Energy 2014 estimates that Europe’s gas imports from outside of the European Economic Area (EU plus Norway) will rise to 60% of Europe’s entire gas consumption. European countries will need to look for new pipeline and liquefied natural gas (LNG) supplies elsewhere in the world to satisfy its energy hunger.

LNG alone might be too expensive to cover the supply gap and the EU Member States will have to look for additional pipeline imports from the Caspian and Russia. At one hand, one might think that this trend will increase dependence on Gazprom’s supplies. Indeed, last year Gazprom managed to improve its position by cutting prices. The company set a new record by selling 162.7 billion cubic metres (bcm) of gas to Europe and Turkey, thus raising its market share to 30%. This represented a 16 % year-on-year increase in Gazprom’s sales outside the FSU.

At the other hand, European buyers preferred Gazprom’s gas to non-Russian suppliers for price reasons only, not due to a lack of alternative supplies. Many buyers benefited from the price reduction and increased the share of Gazprom’s gas in their supply portfolios. The Gazprom price was 20-30% lower than the average LNG import price. LNG capacity built to contribute to EU’s energy security and to reduce dependence on Russian gas therefore stayed idle. Its utilization was also very low—well below 30%. In 2013, Europe had the lowest level of LNG imports since 2004—European countries imported only 46.5 bcm of liquefied gas, well below the record set in 2011 – 88 bcm of LNG imports. These dynamics prove the relativity of Europe’s dependence on Russian gas.

While a significant portion of Russian gas supplies to Europe are still transported via Ukraine’s pipeline system, the importance of this transit route has significantly decreased in the past decade. This trend is likely to continue in the years to come as alternative pipelines have come on stream.

The share of Russian gas supplies to Europe transiting via Ukraine already decreased from 95% in 2008 to 52% in 2013, mostly due to the construction of new direct pipelines such as the Blue Stream to Turkey, Nord Stream to Germany and Yamal–Europe to Poland and Germany. One of the routes, Nord Stream, is still half empty, mostly due to unresolved regulatory issues between Brussels and Moscow. The full utilization of direct pipelines might further reduce the share of Russian gas transiting via Ukraine to 35% of Gazprom’s sales in Europe and Turkey.

Furthermore, the construction of interconnectors in the European Union allowed connecting “energy islands,” such as the Czech Republic, which exclusively depended on Russian gas, to the alternative gas supplies. This process is one of the key priorities of EU’s energy policy, and is expected to be completed within the next three-to-five years, so buyers will have the ability to choose from a large variety of supplies. New interconnectors will also allow customers to access Gazprom’s gas from alternative pipelines, avoiding Ukraine’s territory.

Last but not least: European energy companies also have enough gas in underground storage to survive a total interruption of supplies via Ukraine’s territory for at least a month.

There is also a commonly held belief that energy supply issues will worsen Russia-Ukraine relations.  In fact, economic interdependence is more likely to contribute to conflict reduction.

Myth 3: Russia-Ukraine economic relations will be hostage to political turmoil.

Economics might indeed become hostage to political tensions. However, while political links between Moscow and Kiev are virtually nonexistent, business contacts continue even though they are not always smooth. Nagtogaz’s CEO Andrey Kobolev is in regular contact with Gazprom’s CEO Alexei Miller. Both managers recently met in Moscow.

Despite the non-payment issue, Ukraine keeps receiving Russian gas. For numerous reasons, including internal non-payment issues and a (relatively) high price level set by Gazprom, Naftogaz accumulated substantial debt to Gazprom. The price discount agreed in December 2013—$268.5 per 1000 cubic meters or roughly 70 percent of EU average price—was conditioned, on timely payments of Ukraine’s gas bills. The lack of progress in repayment of Ukraine’s debt (currently $2.2 billion) gave Gazprom a formal pretext to cancel the discount beginning April 1, 2014. Nagtogaz is struggling to pay its bills at the discounted price and is currently unable to pay Gazprom.

This has not lead to a cut in gas. As requested by the Ukrainians, from 1 April through 12 April, Naftogaz received 0.81 bcm of Gazprom’s gas. This shows that even serious tactical disagreements between the two companies did not impact the economic relationship. Indeed, long-term commercial interests are more important than temporary disagreements.

Economic interdependence has the potential to help Russia and Ukraine overcome political disagreements. Ongoing industrial cooperation in aeronautics, machinery and civil nuclear areas are key examples. “Fixing” the economy, urgently necessary for both Russia and Ukraine, will help to “fix” politics and promote more stable and prosperous societies. Brussels, Kiev and Moscow should not miss this opportunity to find new avenues for cooperation, should it be the modernization of Ukraine’s pipeline system or another alternative project.”