EU funding has been provided to two UN agencies, the United Nations High Commissioner for Refugees (UNHCR) and the World Food Programme (WFP). The EU delegation says in a statement it has identified the “troubling allegations” together with its partner agencies and had formally submitted the case to the EU’s anti-fraud office OLAF.

The EU Delegation and the EU Heads of Mission to Uganda have issued a local statement on the alleged fraud and corruption cases in refugee settlements in Uganda. @UNinUganda @RuhakanaR @OPMUganda @USAmbUganda pic.twitter.com/P1SW8r7PJ0

Ugandan authorities also said they were investigating allegations of widespread fraud in its refugee aid programme, as the UN also raised concerns over human trafficking in Ugandan camps.

“The office of the prime minister has received reports alleging that there could have been acts of mismanagement of funds and other resources meant to cater for refugees and host communities in the country,” said Musa Ecweru, Uganda’s minister of state for relief, disaster preparedness and refugees.

“Government has already commenced measures to investigate these reports with a view to taking action against any culprits,” he said.

Aid workers have long suspected the government of inflating refugee figures in order to attract more aid which is then syphoned off by corrupt officials.

“Let’s say you say there are 1,000 refugees but in fact there are only 800 of them, then the food and relief for 200 you can go and sell,” one aid worker explained on condition of anonymity.

Uganda has been widely praised for its progressive refugee policy.

No#s of D.R Congolese @refugees arriving in #Uganda is increasing w 3,000 at border awaiting transfer to Kyaka settlement. In addition over the past three days (376, 237 & 315) Sth Sudanese have also found safety in #Uganda. #ugandarefugees pic.twitter.com/mdf2Ehbq9b

It claims to house 1.4 million refugees, a million of whom have fled the ongoing civil war in South Sudan. 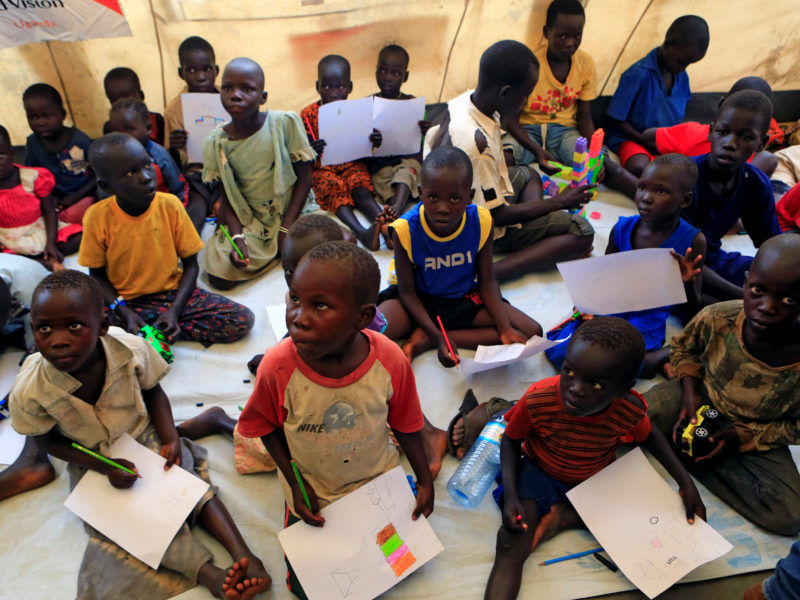 Uganda has welcomed refugees, giving them land and the opportunity to work, in stark contrast to many richer nations.

Only last week, UN refugees chief Filippo Grandi hailed Uganda for having, “one of the most progressive policies for refugees, not only in Africa but also in the world”.

Uganda receives about 500 South Sudanese+Congolese refugees every day. It hosts 1.4m refugees. And its refugee policies are among the most progressive in the world. pic.twitter.com/slLhWqeciR

But diplomatic sources told AFP that one large Western donor has already suspended aid because of the graft allegations, and others are threatening to follow suit.

The donors are demanding the implementation of a UN-controlled biometric system of refugee identification.

Migration within Africa is higher than out of Africa.
Half of the Top 10 countries that host refugees are African, with Uganda & Ethiopia now offering refuge to ~2.3million fellow Africans ?? pic.twitter.com/ntRbx5CQHm

An internal Ugandan government document, dated 29 January and circulated by the prime minister’s office and seen by AFP, also raises corruption allegations including that Ugandan officials extort money from newly-arrived refugees, insisting on payment before providing the free registration service that allows access to aid.

The UN’s top official in Uganda, Rosa Malango, said the UN refugee agency (UNHCR) and World Food Programme (WFP) were undertaking internal audits of their Uganda operations over the claims.

The Ugandan investigation follows Malango writing to the prime minister on 26 January raising allegations ranging from “corruption to fraud, from trafficking of women and girls to intimidation and harassment of UN personnel”.

“The moment anybody raises anything that looks or smells like sexual exploitation or abuse I must demand for an immediate investigation, and I must demand for immediate action because we have zero tolerance,” she told AFP, adding Ugandan authorities have promised to investigate these claims too.

So far, Uganda has not publicly addressed the sex trafficking allegations, although they do feature in the government’s internal memo of 29 January.

“Trafficking of minor girls and women is high on the radar,” it said.

The specific allegations, said a diplomat familiar with the charges, are that South Sudanese girls and women are being trafficked from the refugee camps of northern Uganda back across the border.

There, they are sold as “wives” to combatants with the possible knowledge or complicity of Ugandan officials, the diplomat said.