Belgrade held its eighth Pride Parade, under the slogan Say Yes, on Sunday (16 September). It passed without incident and, according to media estimates, with fewer police officers guarding the event than in previous years. EURACTIV Serbia reports.

At first glance, Sunday’s festivities show that there has been some progress in forwarding the rights of Serbia’s LGBTI community.

Prime Minister Ana Brnabić – a member of the LGBTI community – , government ministers the mayor of Belgrade and Serbia’s equality commissioner all joined in, as well as the ambassadors of France, Italy, the US and the head of the EU Delegation to Serbia.

But participants took to the streets of the Serbian capital to ask for the same things as in previous years, including passing of a law on same-sex unions and gender identity.

Pride organisers once again asked the authorities to safeguard protection of human rights of sexual minorities and to penalise violence and hate crimes against the LGBTI population. 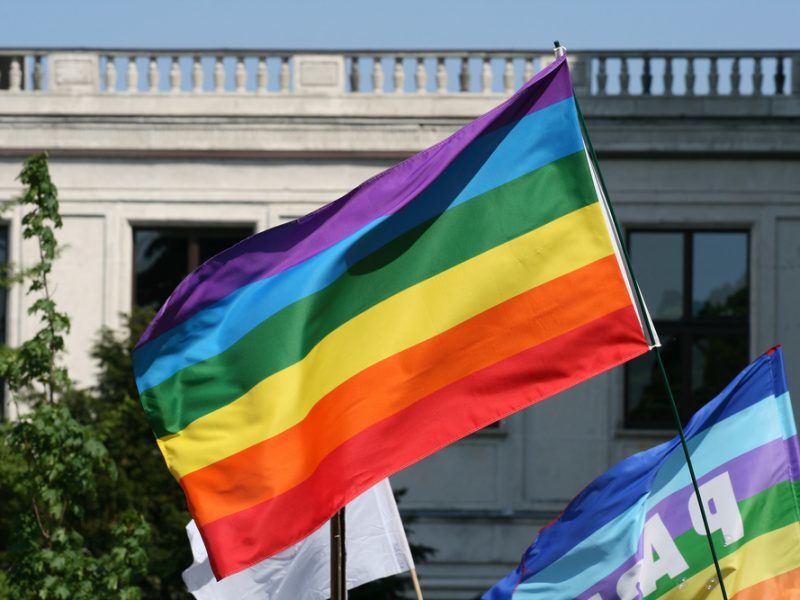 Same-sex partners of EU citizens have the right to live in any member state whatever their nationality, even in countries that do not recognise gay marriage, the bloc’s top court ruled Tuesday (5 June).

Serbia’s LGBTI community also wants objective media coverage on issues like education system reform, sanctions against peer violence because of a victim’s sexual orientation and gender identity, and the elimination of discriminatory content from school textbooks.

As for the registration of same-sex unions, which is still pending, a representative of the Office of the Commissioner for the Protection of Equality said that 15 EU countries have passed regulations dealing with same-sex marriage, while 11 have recognised same-sex unions.

Serbia is one of the frontrunner candidate countries on track to join the European Union.

Jelena Vasiljević of the Labris organisation said at an international conference ahead of this year’s Pride that her group had prepared a draft law on registered partnerships back in 2011, as well as recently forming a new working group to improve their draft effort, which they plan to present to government representatives.

At the same gathering, Civil Rights Defenders’ director for Europe Goran Miletić said the time was right for Serbia to adopt a law on the registration of same-sex marriage.

“It is not exclusivity, it is not a luxury, that law does not harm anyone because no one will lose if I or someone else can register their union and protect their rights,” he said. 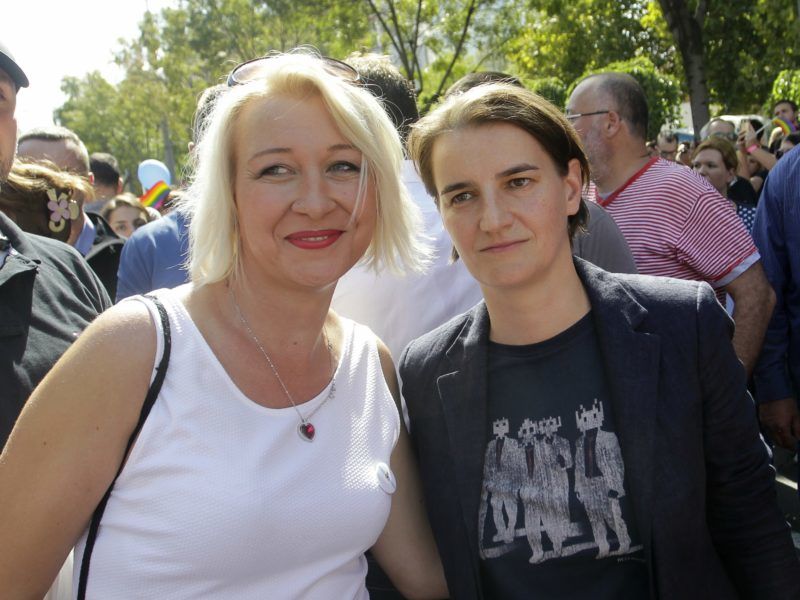 Serbia’s lesbian prime minister said Sunday (17 September) that she was working “one step at a time” towards a more tolerant society, as she joined Belgrade’s annual gay march held under heavy security.

Several hundred people took part in Sunday’s march but there was little opposition to the parade. A small group of people gathered near St. Mark’s Church in downtown Belgrade, for ‘a march for Orthodox Christian and family values’ but police stopped them.

The participants of this so-called family march claim that several people were arrested, which the police did not confirm.

This was the second Pride this year – the first took place on 23 June, as the main event of Pride Month, marked worldwide in June in remembrance of the Stonewall riots.

The first Belgrade Pride took place in 2001 and was interrupted when members of militant groups attacked the participants as police looked on.

The most notorious was the 2010 Pride, when hooligans and police clashed in downtown Belgrade. More than 100 people were injured and several dozen were arrested.

The Pride Parade was not held in Belgrade in the following three years, due to negative estimates by the security services. In the four years after, there was always a heavy police presence. 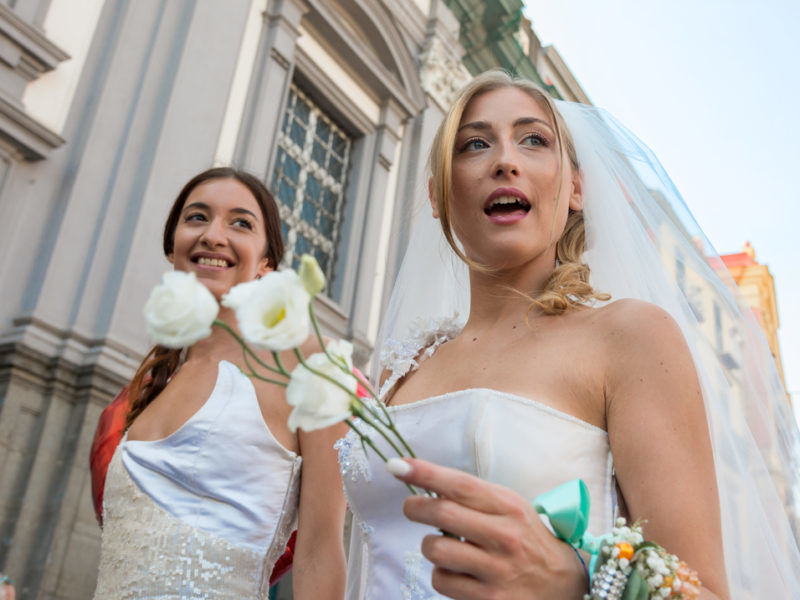