A retreat for Muslim women held at the Church of the Nativity, in Bethlehem, was highlighted as a more constructive way to promote interfaith dialogue than attacks on civil liberties, at the European Parliament debate. [xiquinho/Flickr]

Curbs on civil liberties, both online and in everyday life, prove to be a “recruiting tool for extremists”, MEPs heard on Wednesday night (8 March), at a debate on combatting violent extremism and restoring citizenship.

The event came a year after Brussels was hit by twin bomb attacks on the Metro and airport, killing 32 people and injuring more than 300.

Belgium is believed to have more nationals fighting as jihadists in the greater Middle East than any other Western European country, by proportion to its population.

At the event, hosted by the United Nations Development Programme with the Global Justice  Center, MEPs, ambassadors and diplomats heard how the current security reaction to the terrorist threat in Europe was having counter-productive side effects.

Labour MEP Afzal Khan, a British Muslim politician born in Pakistan, warned that “building on civil rights is the only way [forward], because you need the trust of the public.

“Lose the trust of the public, and you start to lose the fight against terrorism.”

Khan was the first Muslim mayor of Manchester, in north-west England, and warned that while many fresh measures had been put in place to protect Europe and beyond against terrorism, “We have equally seen the balance being lost, with torture, mistreatment and a disregard for the law, with the judiciary being undermined.”

The lawmaker said, “Many places are now [trying to] stifle the voices of civil society, of journalists, activists…and that is corrosive to human rights and democracy.

“The erosion of civil liberties can be a recruiting tool for extremists,” Khan added 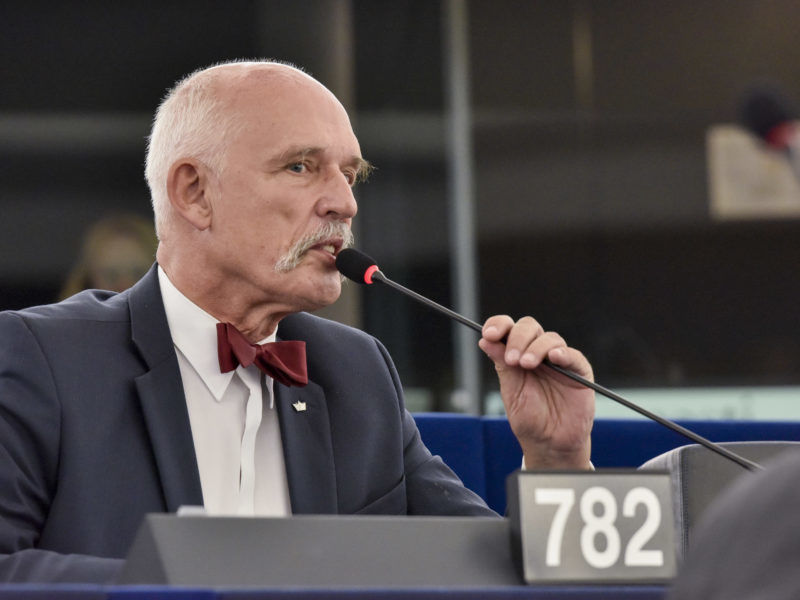 Dr Ali Khashan, a former Palestinian minister of justice, and now president of the GCJ, declared that “terrorism has no religion, and no nationality”, pointing to a joint scheme his ogranisation had run with Christian and Muslim women inside the Church of the Nativity, in Bethlehem.

He described the “retreat” for Muslim women at the church, built on the birthplace of Jesus Christ, as “more important than any conference in a five-star hotel”.

Khashan pointed to a range of negative factors building radicalisation, from socio-economic (although he was quick to point out there were also “rich” terrorists), excluded youth and women, targeting by extremist recruiting gangs, and intolerant schooling, saying that Palestinian universities were now linking up with those in Lebanon and Jordan to help stop radicalisation through ‘tolerance and citizenship’ classes.

“The EU must help us to tackle the problem of extremism at its roots, by depriving the radical of his space,” Khashan stated.

Last year the EU appointed its first ever ‘Special Envoy’ for the promotion of religion or belief outside the European Union.

Jan Figel, a Slovak former Commissioner for Education and Training and Culture, was appointed to a one-year term last May, with a brief to ‘protect and promote the freedom inside and outside the EU’ of religious and ethnic minorities.

The United Nations Development Programme’s liaison officer for Arab states to the EU, Alessandro Mrakic, was even more forthright.

‘Too many freedoms lost in wish to protect citizens’

“The ‘Liberty vs Security’ debate is irrelevant,” he told the audience in the Parliament. “Too many freedoms [have already been] lost in the rush to ‘protect’ citizens,” Mrakic said.

The UN official pointed to legislation against NGOs, journalists and activists  who “challenge state power”, and the increase in profiling on religious grounds.

Without mentioning President Donald Trump’s ban on Muslims from seven countries entering the US by name, Mrakic called this “a public humiliation and breeding ground for recruitment”.

Ana Gomes, a Spanish Partido Socialista MEP with the European Parliament’s Committee on Civil Liberties, Justice and Home Affairs, called for more European investment in families, women and young people, saying current “austerity policies” were a source of injustice that had “played into the hands of extremist groups”.

“Counter-productive counter-terrorism acts erode civil rights,” Gomes declared, pointing to some good examples of integration measures being made in Belgium and Brussels itself, in the wake of the 2016 terrorist attack.

She also pointed out that violence in Ireland during the Troubles had never been portrayed as “Catholic terrorism,” whereas any terror attack carried about by a Muslim was automatically an “Islamist attack.”

“Perversely using the name of Islam [like this] is un-Islamic,” she said.