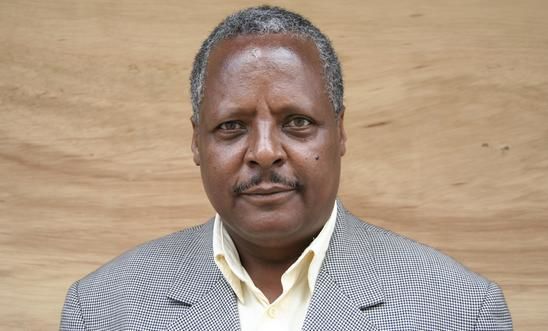 Prominent Ethiopian opposition leader Merera Gudina was freed from jail yesterday (17 January) after the government dropped charges against him as part of a wider prisoner amnesty, state media reported.

In his first comments after his release, Merera vowed to stay active in politics and urged Ethiopia’s all-powerful government to hold “honest negotiations” with the country’s many opposition parties.

Finally Dr Merera Gudina released from prison, even though he shouldn't be imprisoned at the first place. #Ethiopia pic.twitter.com/51THicvwJQ

Merera is the first high-profile dissident to be freed since Prime Minister Hailemariam Desalegn announced earlier this month that Ethiopia would release an unspecified number of jailed “politicians”.

MEP Ana Gomes (S&D, Portugal) reminded in a tweet that in 2016, Gudina oparticpated together with  Dr. Berhanu Nega and marathonist Feyisa Lilesa in a European Parliament meeting, and that’s why he was sent to jail.

This is photo of 9 November 2016 meeting @EUparliament in which Dr. #MereraGudina participated, among others with Dr. Berhanu Nega and marathonist Feyisa Lilesa. That’s why he was sent to jail by the EPRDF/TPLF oppressors. Today they had to release him: #Ethiopia needs him! pic.twitter.com/Wsiru3nBdn

The parliamentary meeting took place after civil unrest in Ethiopia over land-allocation and political marginalisation in the Oromia and Amhara regions saw spontaneous ‘illegal’ protests and the killing of some 600 civilians by security forces.

The detention of Merera, chairman of the opposition Oromo Federalist Congress (OFC), had become a rallying call for members of the Oromo ethnic group.

Ethiopia is a secure, stable country in the Horn of Africa, says Ethiopia’s Ambassador to the EU, Teshome Toga. However, he admits “gaps” in governance have fuelled year-long protests that have left hundreds dead.

“It would be good if the government conducts honest negotiations with political forces which have widespread support, in order to create a democratic Ethiopia that incorporates everyone equally,” he told the state-affiliated Fana Broadcasting Corporate after his release from a prison outside the capital Addis Ababa.

He later told journalists gathered at his residence that he was “very happy” to be freed and asked the government to continue releasing prisoners.

“We will continue our struggle for our people in a peaceful and a lawful manner,” Merera said.

The OFC chairman was greeted at his home near the capital by a crowd numbering more than a thousand, an AFP videographer reported.

Some of the spectators chanted slogans calling for other jailed Oromo politicians to be freed.

Merera, 61, is among 528 people whose charges were dropped by Ethiopia’s attorney general this week.

Most of the others were accused of involvement in ethnic clashes in the country’s south.

Fana BC said Merera was among 115 federal prisoners released on Wednesday, although it remains unclear if the hundreds of others promised release were actually freed.

In an early January press conference alongside top officials from the ruling Ethiopian People’s Revolutionary Democratic Front, Hailemariam announced that jailed “politicians” would be released “in order to improve the national consensus and widen the democratic platform.”

The government, saying he had violated the conditions of the state of emergency, charged him with a range of offences including inciting riots and plotting a coup.

The release of politician Merera Gudina and hundreds of other detainees in #Ethiopia today must only be a first step towards freedom for all prisoners of conscience in the country. https://t.co/j52n1veBVu

Amnesty and other rights organisations, including the UN’s rights chief, have previously criticised Ethiopia for jailing people simply for voicing dissent.

“Hundreds of prisoners of conscience continue to languish in jail, accused or prosecuted for legitimate exercise of their freedom of expression or simply for standing up for human rights,” Amnesty’s Africa director, Netsanet Belay, said in a statement.

Earlier this week, Ethiopia announced it would also be pardoning convicted criminals within the next two months, but people involved in murder and property damage would not be eligible.

The European Commission issued a stinging rebuke to one of its lead partners on the African continent on Friday (2 December), telling the Ethiopian government to “start addressing the legitimate grievances of the Ethiopian people.”