Campaigners and legal experts now hope that the of case Ellinor Grimmark will provide some clarity.

Grimmark, a Swedish midwife who says she cannot carry out abortions because of her Christian faith, contends that she has been denied jobs at several clinics in Sweden as a result.

After a district court and Sweden’s anti-discrimination authority, the Equality Ombudsman, both ruled against Grimmark, the Swedish Labour Court also ruled in March that she had not been discriminated against, stating that the rejections were “not based on her faith but because she did not intend to carry out duties required in the employment”.

She eventually found work as a midwife in Norway. 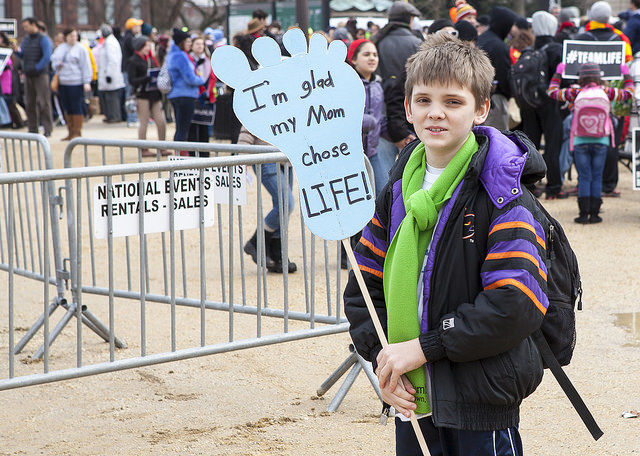 Grimmark’s case is now before the Strasbourg-based European Court of Human Rights (ECHR), but it is only one of many in the pipeline. Similar legal cases of medical professionals refusing to perform abortions because of their faith are pending in Poland and Norway, and there is also a separate case in Sweden.

“The ECHR has never explicitly ruled on freedom of conscience for medical professionals, so the ruling in the Grimmark case will be particularly significant,” said Robert Clarke, legal counsel and director of European advocacy for the Alliance Defending Freedom (ADF), a Christian non-profit organisation that is assisting Grimmark.

“During the first half of 2018, you will probably see an official Swedish government response,” Clarke told EURACTIV.com.

While the ECHR’s mandate is dedicated to human rights issues, it is not the only game in town. Observers should also keep an eye on the European Court of Justice (ECJ) in Luxembourg, the EU’s top court.

“The ECJ is a relative newcomer to the world of human rights and we have seen a bit of tension between them and the ECHR,” Clarke said.

The Luxembourg-based court opposed the EU’s accession to the Convention on Human Rights in December 2014 in a legal opinion, and has issued several judgements that conflicted with those of its counterpart in Strasbourg.

The two most recent and well-known freedom of religion cases at the ECJ so far dealt with Muslim women who had sued their employers because of headscarf bans in France and Belgium.

The women argued that they had been discriminated against by being asked to remove their veils at work – in one case by the employer and the other by a customer – and were sacked when they refused to do so. The ECJ ruled in March that employers were allowed to impose such a ban.

The European Court of Human Rights (ECHR) on Tuesday (11 July) upheld a Belgian ban on wearing the full-face niqab veil in public, calling the restriction “necessary in a democratic society”.

That contradicted a similar case in which the ECHR ruled that the UK was in breach by not allowing a person to wear a cross, which has prompted a plethora of legal experts, including Essex University Law Professor Steve Peers, to argue that the conflicting judgements would prove near impossible to comply with.

“I think there will be a turf war of some kind. We are seeing an increasing amount of jurisprudence coming out of the ECJ as more cases get referred up to them,” Clarke said and added:

“A turf war is good if it results in a robust standard of protection, bad if it gives differential judgements”.

Yet despite the media attention and symbolism invested in it, the Grimmark case will still not draw the definitive line in Europe’s legal sand. Though 47 countries are signatories to the Strasbourg-based court, ECHR rulings are only binding for the country in question. ECJ rulings are binding on all 28 EU member states.