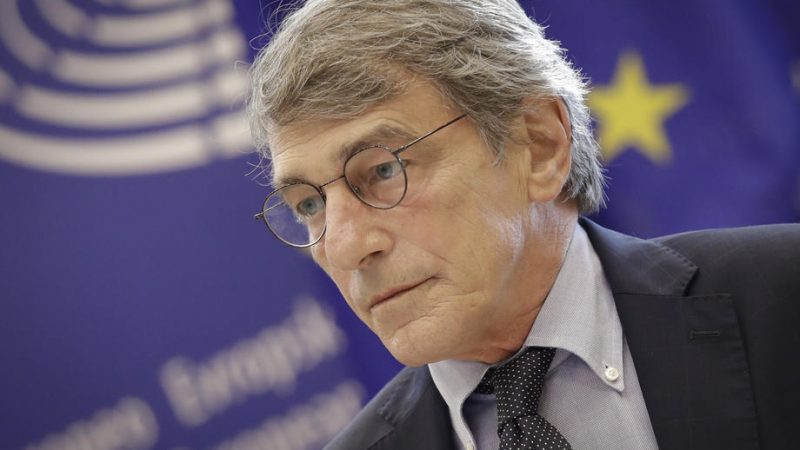 EURACTIV contacted Kouloglou and asked him why Sassoli, a former journalist in Italy as well, referred to his previous activity as a journalist in his letter. [EPA-EFE/OLIVIER HOSLET]

European Parliament President David Sassoli has demanded a “clear explanation” from the US caretaker ambassador in Brussels for why a leftist Greek MEP has been denied a visa to travel to the US, EURACTIV has learnt.

Greek MEP Stelios Kouloglou, a member of the European leftist group, has not been granted a visa to travel to the US even for missions that have been part of his parliamentary activities since he was elected as an EU lawmaker in 2014.

The latest incident was several weeks ago when he was refused a visa to travel to the UN General Assembly in New York.

“While fully respecting the US visa granting procedures, on behalf of the European Parliament, I would ask that Mr Kouloglou receive a clear explanation for the decisions not to grant him a visa,” Sassoli wrote in a letter seen by EURACTIV.

Sassoli stressed that this would be necessary to maintain trust and exclude the impression that “it could be his work as a journalist, which is the root cause of repeated denials of his visa applications”.

“The situation of an elected European representative not being granted a US visa is unfortunate,” Sassoli concluded.

EURACTIV asked Kouloglou why Sassoli, himself a former journalist in Italy, referred to his previous activity as a journalist in the letter but the leftist MEP could not provide an explanation and said he was not aware of why he has been denied a US visa.

“What I know is that I don’t have any skeleton in my closet and the denial of a visa is likely a retaliation because of my journalistic past,” he said.

“I also know that the US authorities have complained to the Greek ones about several documentaries I produced in the past, such as the ‘25 lies to sell a war’, the ‘Whisteblowers’ and the ‘Apology of an economic hit man’ documentaries”, Kouloglou added.