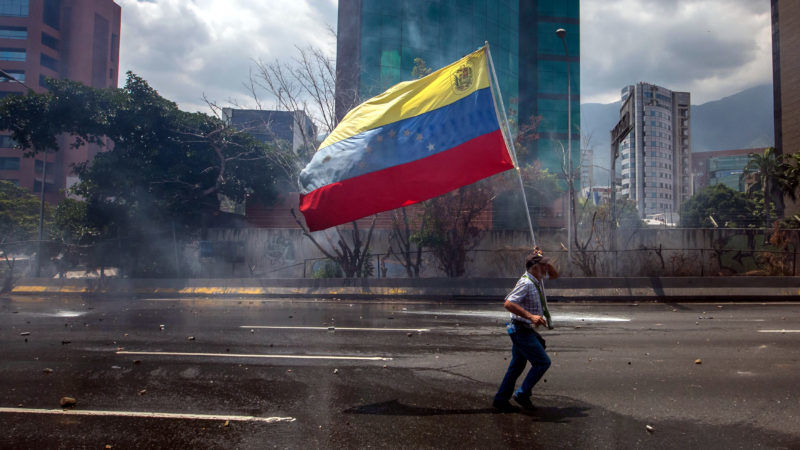 Congrats to #SakharovPrize finalists. European Parliament honours your cause and your sacrifice for human rights and democracy. pic.twitter.com/47qSWBr4z5

The shortlist was decide by a vote by the members of the European Parliament’s foreign affairs and development committees.

Named after the dissident Soviet scientist Andrei Sakharov, who died in 1989, the prize is awarded every year to honour individuals who combat intolerance, fanaticism and oppression, often falling foul of their governments as a result.

The winner, the Parliament said in a statement, will be chosen on 26 October by the presidents of the European Parliament’s political groups and Parliament President Antonio Tajani.

Aura Lolita Chavez Ixcaquic is a member of the Council of Ki’che’ Peoples, which fights to protect natural resources and human rights from the expansion of mining, logging, hydroelectric and agro-industry sectors, the parliament said, adding she has faced threats.

Also on the list is Venezuela’s democratic opposition, led by National Assembly leader Julio Borges and including all political prisoners who were also Sakharov finalists in 2015. The names of Leopoldo López, Antonio Ledezma, Daniel Ceballos, Yon Goicoechea, Lorent Saleh, Alfredo Ramos and Andrea González are mentioned.

“The situation in Venezuela has been seriously deteriorating as regards democracy, human rights and socio-economy, in a climate of growing political and social instability,” it said.

Dawit Isaak was arrested in 2001 by the Eritrean authorities during a political crackdown and has been imprisoned without a trial since, the parliament said.

Our candidate for the #SakharovPrize prize has made it to the shortlist. This year, we support the Democratic Opposition in #Venezuela pic.twitter.com/J1mlCQnT4O

Other nominees for this year’s prize include Asia Bibi, a Pakistani Christian woman sentenced to death in 2010 under the country´s blasphemy law, Pierre Claver Mbonimpa, a Burundian human righyts activist, and the two co-chairs of the pro-Kurdish People’s Democratic Party (HDP) in Turkey arrested in November 2016 on terrorism charges, Selahattin Demirtaş and Figen Yuksekdag.

Turkey’s main pro-Kurdish opposition party said yesterday (20 February) it had appealed to the European Court of Human Rights over what it said was the unlawful imprisonment of its two leaders on terrorism-related charges.

The prize worth €50,000 will be handed to the winner during an official ceremony in the European Parliament on 13 December.