The daughter of jailed Uighur intellectual Ilham Tohti received the EU’s top rights prize on his behalf Wednesday (18 December), saying she did not even know if he was still alive.

Jewher Ilham said she hoped the award of the European Parliament’s Sakharov Prize would help her father, sentenced to life imprisonment in 2014 for “separatism” in a trial that provoked an outcry from foreign governments and human rights organisations.

The European Parliament on Thursday (24 October) awarded the Sakharov Prize for human rights to Uighur intellectual Ilham Tohti, who has been sentenced to life imprisonment in China for “separatism”.

The parliament hailed the former economics professor as a “voice of moderation and reconciliation” when it announced the award in October, while Beijing condemned the move, calling Tohti a “terrorist”.

“The last time I heard about my father was 2017, that was also the last time a family visit was granted to my father,” Ilham told AFP before receiving the prize next to a symbolic empty chair at the European Parliament in Strasbourg, France.

“So that was also the last time my family saw him. I don’t even know if he is alive.”

China has faced growing international condemnation for setting up a vast network of camps in its western Xinjiang region aimed at homogenising the Uighur population — who are mostly Muslim and speak a Turkic language — to reflect China’s majority Han culture.

Rights groups and experts say more than one million Uighurs and people of other mostly Muslim ethnic minorities have been rounded up and put in the camps in the tightly controlled region. 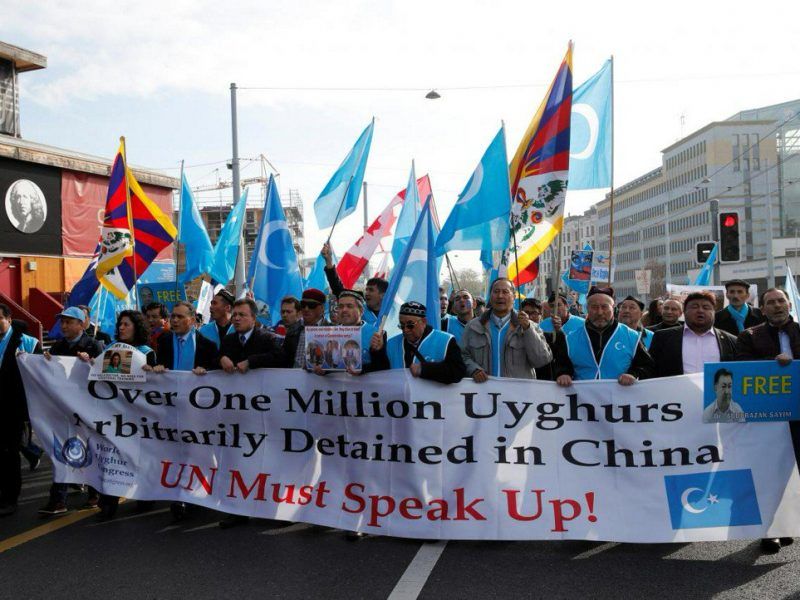 Tohti ran the UighurOnline website, which wrote in Uighur and Chinese about social issues, gaining prominence as a moderate voice drawing attention to ethnic tensions in the region.

Ilham said the release of Ukrainian filmmaker Oleg Sentsov — who also won the Sakharov Prize while behind bars — gave her hope for her father.

“I was just told one of the recent laureates of the Sakharov Prize was released from prison. I do hope same thing happen to my father,” she said.

She insisted that contrary to the allegations against him, her father had “never mentioned any word about separating the country”, saying he had simply wanted to improve the situation in Xinjiang by fostering greater understanding between communities.

“My father created a website to create a platform for Uighurs, Chinese and other minority people to post articles and their understanding freely on the website and join discussion forums,” she said.

The EU’s diplomatic chief Josep Borrell tweeted his support, saying the bloc would always “uphold, stand up and take action for human rights”.

“We will continue supporting those who fight for human rights, all around the world,” he said.

The Uighur controversy took an unexpected turn into football this week when China’s state broadcaster pulled an Arsenal-Manchester City match from its programme after comments by the London club’s midfielder Mesut Ozil.

Ozil, a German of Turkish origin, condemned China’s crackdown on Uighurs and other minorities in the western region in a tweet on Friday, while criticising Muslim countries for failing to speak up against abuses.

Beijing said the footballer had been “deceived by fake news” but US Secretary of State Mike Pompeo backed Ozil, saying “the truth will prevail” about Xinjiang.