The main opposition leftist Syriza party accused the New Democracy government (EPP) for extreme policing and for bringing the country back to “Dark Ages”. [Shutterstock]

Greek politicians have been bickering for two days over a police raid at a cinema to remove almost 20 underage children that were watching Joker, a blockbuster psychological thriller film. EURACTIV Greece reports.

The incident triggered outrage on Greek social media with thousands of users firmly condemning the raid, describing it as “fascist” and “authoritarian state”.

The film is rated appropriate only for adults in Greece, while in other countries rating for children varies from 12 to 18 years.

According to Greek media reports, two Ministry of Culture officials asked the police to intervene at the cinemas. Officially, the ministry said it was not aware of such a request.

The issue arose due to a 1937 law, which was updated in 2010. The law provides the movie rating mechanism and fines on the cinema employees that admit minors.

The main opposition leftist Syriza party accused the New Democracy government (EPP affiliated) for extreme policing and for bringing the country back to the “Dark Ages”. On the other hand, the government said Syriza was in power for nearly five years and could have changed the law.

In an effort to diffuse tensions, Minister of Civil Protection Michalis Chrysochoidis said he would watch the movie together with his 15-year-old son.

Greece’s Minister of Culture, Lina Mendoni, gave a press conference in which she criticised the overzealous officials that had called the police. Mendoni also slammed former PM Alexis Tsipras for “politicising” the incident.

But later, it was revealed that the Ministry did indeed issue a warning 20 days ago to cinemas all over the country giving instructions not to admit minors.

Stelios Kouloglou, a Syriza MEP, said it was not an isolated incident and that the government, in general, is pushing the country in an ultra-conservative direction.

“The education minister recently said that teaching history ‘must develop national consciousnesses’, a view held accountable for nationalism and an obstacle to European coexistence.

Debate on religion courses in school has recently heated up in Athens, after a Supreme Administrative Court ruled earlier in September that the latest religion courses suggested by the previous leftist government were unconstitutional.

The previous Syriza government had introduced a new religion curriculum, which according to the Greek court did not promote the orthodox Christian consciousness. It added that the curriculum should exclusively concern orthodox students.

Syriza, now in opposition, said it was a decision “dangerously anachronistic”.

Asked to comment on the topic, Minister of Education and Religious Affairs Niki Kerameus recently told EURACTIV.com: “Greece is a country that has its overwhelming majority composed of Christian orthodox […] we will start the process regarding the drafting of new courses on religion, always in balance with the decisions of the highest courts.” 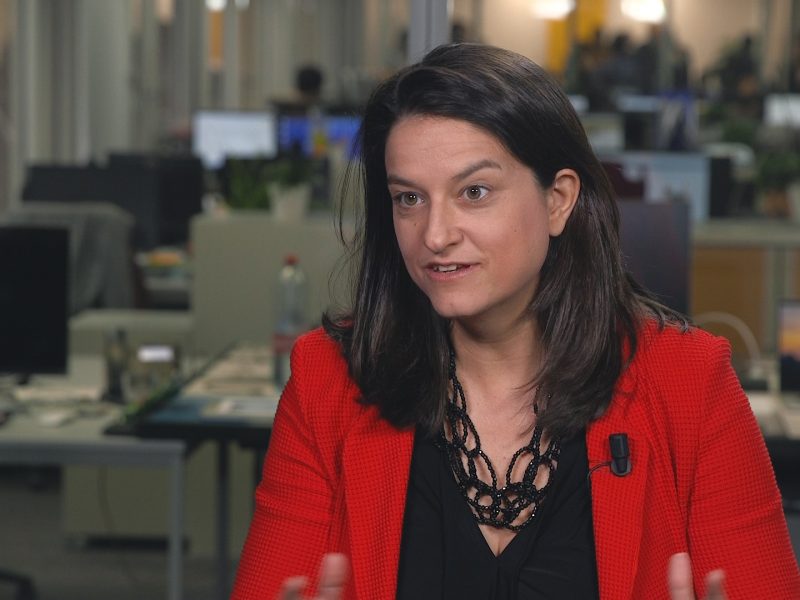