Federal Chancellor of Austria Sebastian Kurz arrives for a dinner at the Felsenreitschule theatre, during the European Union's (EU) Informal Heads of State Summit in Salzburg, Austria, 19 September 2018. [Christian Bruna/EPA/EFE]

Austrian Chancellor Sebastian Kurz had to intervene Tuesday (25 September) in the wake of a reported suggestion from an interior ministry official that police should limit contact with three critical media to a minimum.

Opposition parties called for the resignation of Interior Minister Herbert Kickl from the far-right Freedom Party of Austria (FPÖ) after a leaked email from his office caused outrage in the country holding the rotating presidency of the European Union.

“Certain media provide very one-sided and negative coverage of the interior ministry and the police,” the email said. It specifically listed newspapers Der Standard, Kurier and Falter weekly magazine as publications that police should be “limiting communication with … to the minimum legally possible and not offering them any benefits such as exclusive access.”

“Our democracy should not die in darkness because a minister feels too weak to withstand criticism and is clearly unsuitable for this sensitive position,” an editorial in Kurier read.

Maybe this article should be titled How Austria becomes Hungary?!

In which Kickl is leaked undermining the so-called freedom of the press, and acting as ideologue of a new harsh anti-migrant police rhetoric. https://t.co/AttdRlXb0J

Kurz, who is attending the UN General Assembly in New York, was forced to intervene, stating that “there can be no exclusion or boycott of selected media” in Austria and that “any restriction of press freedom is unacceptable.”

“That goes for those in charge of communication at all ministries and public institutions,” he said, adding that also goes for political parties.

The interior ministry is run by the far-right Freedom Party, the conservative Kurz’s junior coalition partner in the coalition government that took office in December.

FPÖ, who sits in the European Parliament with the more Eurosceptic French National Front of Marine Le Pen, became last December the  junior coalition partner in Kurz’s conservative government. Since then, it has pushed forward its anti-immigration agenda at EU level. 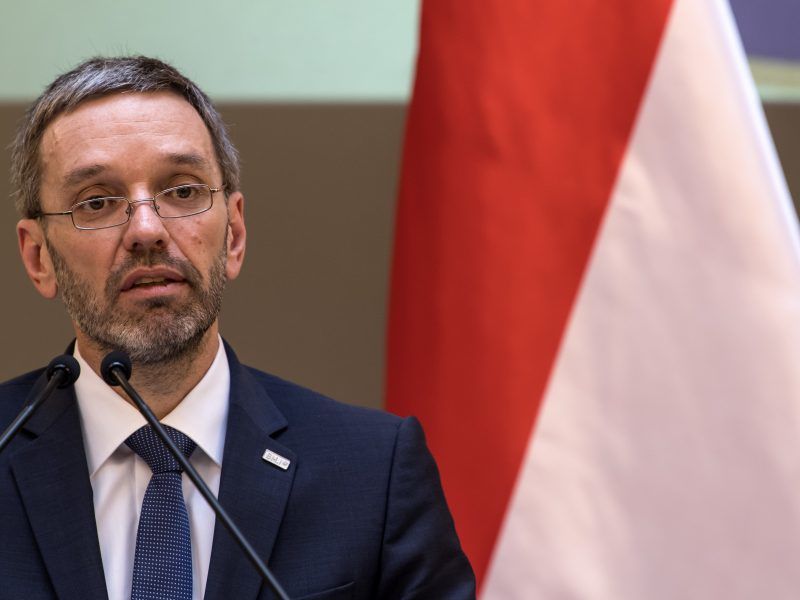