The European parliament yesterday (8 February) called on Turkey to scrap the emergency powers which members said were being used to stifle “legitimate and peaceful opposition” and a free press.

At their monthly plenary in Strasbourg the MEPs denounced, in a resolution, the hundreds of arrests by the Turkish government, which they said were being carried out “in an attempt to censor criticism over its military assault” in the Syrian town of Afrin.

Deputies criticised the “deterioration of freedoms and fundamental rights and the rule of law in Turkey”.

According to the parliament, the state of emergency, put in place following a failed coup in 2016, is “being used to further stifle legitimate and peaceful opposition”.

Since then, more than 160 media outlets have closed and Turkey’s civil society faces a massive crackdown, the MEPs agreed, by a show of hands.

EU funds destined for Turkey should be conditional on Ankara improving its record on human rights, democracy and the rule of law, they added.

According to the EU parliament, the state of emergency in place in Turkey since a failed coup in 2016 is "being used to further stifle legitimate and peaceful opposition" https://t.co/51WEFf1hKd

Turkey began a major operation aimed at ousting fighters from the Peoples’ Protection Units (YPG) from their enclave in the northwestern Syrian town of Afrin on 20 January. 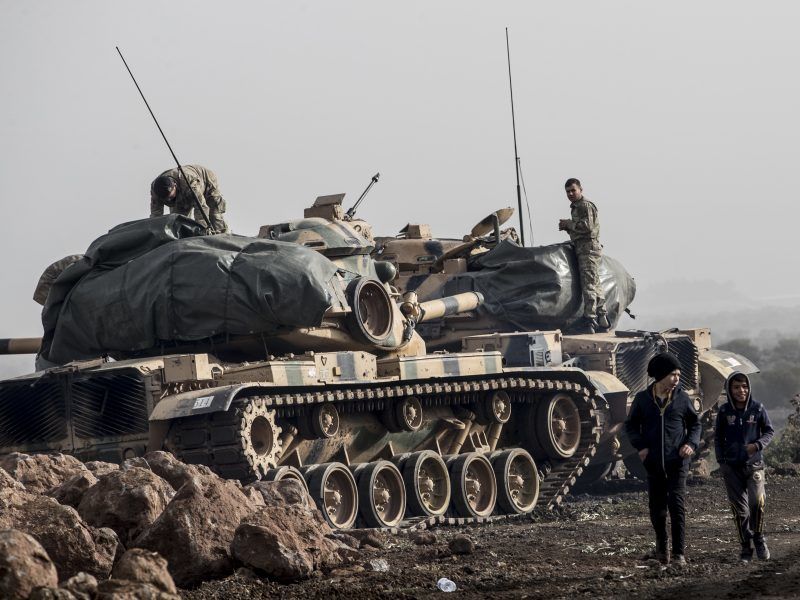 At least 68 civilians have been killed in the offensive according to the Syrian Observatory for Human Rights.

Turkey has strongly rejected any civilian casualties, saying that its military is showing utmost care not to harm any civilians in the Afrin region.

The Turkish foreign ministry described the EU parliamentary resolution as “nothing but a patchwork of ungrounded claims compiled… just for the sake of criticism”.

The emergency measures are still needed “to fully eliminate the threats against the existence of our state and our nation’s right to democratic life,” the ministry insisted.

Relations between the EU and Turkey have taken a nosedive since the July 2016 failed coup. Turkey’s EU membership talks that officially began in 2005 have stalled, to the chagrin of Erdoğan who previously described the wait as “exhausting”.

In a statement, Turkey’s foreign ministry said that the European Parliament’s resolution is ‘far from understanding the current conditions Turkey faces’.