Hungary has stifled its independent media and imposed a level of control over journalists that is unprecedented in an EU country, according to a joint report from six international press watchdogs that calls on EU leaders to take action.

The report was compiled ahead of a meeting next week at which EU leaders will discuss punishing Hungary for eroding democratic norms under maverick Prime Minister Viktor Orbán.

“The Hungarian government has systematically dismantled media independence, freedom and pluralism, distorted the media market and divided the journalistic community in the country, achieving a degree of media control unprecedented in an EU member state,” the report says. 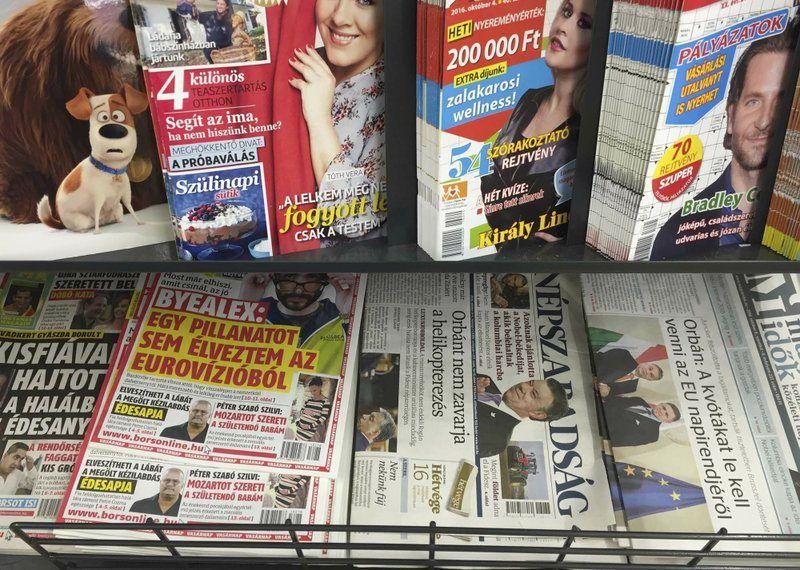 Hungarian government spokesman Zoltán Kovács rejected the criticisms in a posting on Twitter.

"He stated that media pluralism was important to the government, but rejected—implausibly—any connection between media pluralism and state advertising." (From the report.)

Hungary and Poland’s ruling nationalist parties have tightened control over the media, academics, courts and advocacy groups, spurring the European Parliament to launch a so-called Article 7 legal process against both the EU countries.

The European Council, which brings together leaders of EU member states, will hold a hearing with EU affairs ministers on 10 December to discuss the proceedings against both countries.

If there is no defense, try censorship: Hungary's government-controlled news agency orders its staff not to report on statements from Human Rights Watch and Amnesty International. https://t.co/BaBZBTPmhd

Ahead of that meeting, the six organisations, which include the International Press Institute (IPI), the Committee to Protect Journalists (CPJ) and Reporters Without Borders (RSF), sent a fact-finding mission to Hungary last month.

“Hungary’s situation does not get the attention it should,” IPI deputy director and mission leader Scott Griffen told Reuters. “It is important that the EU public and its institutions understand what is going on in Hungary.”

The report said some prominent independent outlets remained in Hungary, but their market weight was dwarfed by pro-government publications.

It said Budapest has “a clear strategy to silence the critical press (and operate) a pro-government media empire as a vast propaganda machine”.

Critics say that under Orbán, state media have become an obedient mouthpiece of his Fidesz party, while the rest of the media landscape is dominated by a conglomerate created by pro-Fidesz businessmen.