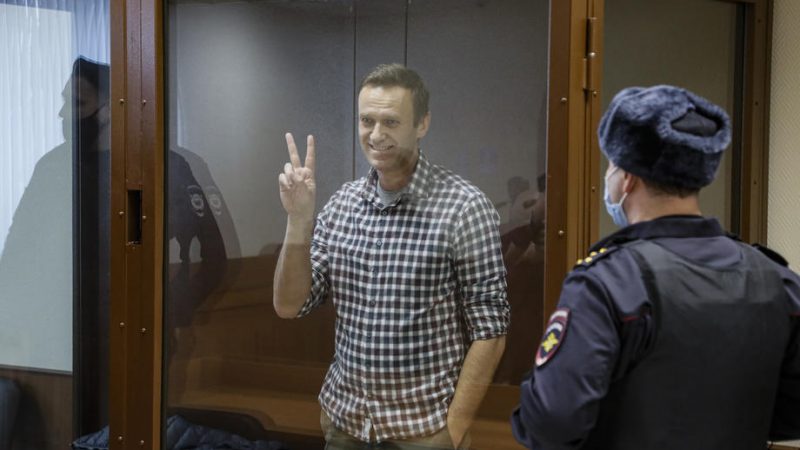 Jailed Kremlin critic Alexei Navalny was nominated on Monday (27 September) for the European Parliament’s annual human rights prize as European Union lawmakers sought to keep the public spotlight on his pro-democracy network, which has been banned in Russia.

Navalny, 45, who was poisoned in August 2020 by what Western nations said was a nerve agent, is serving a 2-1/2-year sentence for parole violations he calls trumped up. The EU has imposed sanctions on Russian officials over Navalny’s poisoning and imprisonment.

Moscow denies any wrongdoing and accuses the EU of interfering in its domestic affairs.

“It is vital that we in the European Parliament confirm our relentless support for Navalny and stress that his wellbeing is the responsibility of (Russian President Vladimir) Putin,” Peter van Dalen, a Dutch centre-right EU lawmaker, told an assembly meeting.

The €50,000 Sakharov Prize for Freedom of Thought, named after Soviet dissident Andrei Sakharov, is awarded every year. The winner will be announced on 21 October, with a prize-giving in December.

Navalny was nominated by the centre-right EPP and the centrist Renew Europe groups.

Other nominees include Afghan women, nominated by S&D and the Greens/EFA for their brave fight for equality and human rights. (See full list.)

Previous winners include the democratic opposition of Belarus, Ilham Tohti, an economics professor and an advocate for China’s Uyghur minority, Oleg Sentsov, a Ukrainian filmmaker imprisoned in Russia, the opposition in Venezuela. (See full list.)