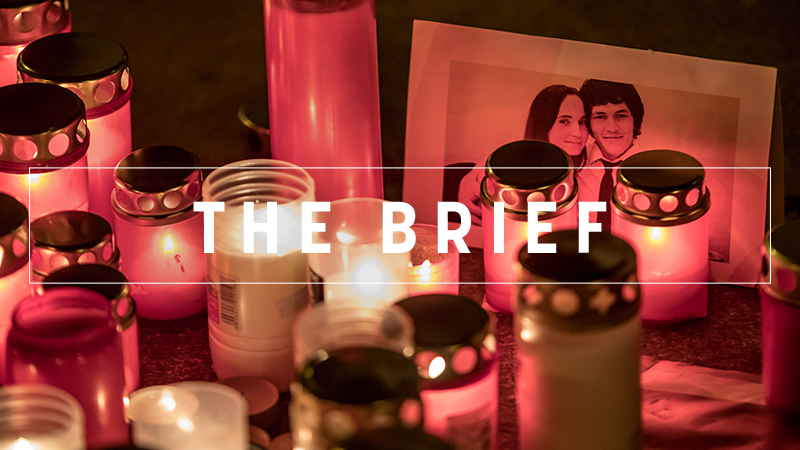 Every year, May 3 should remind us of the fundamental principles of press freedom, and is an occasion to look around and evaluate press freedom in our environment and around the world. Unfortunately, it is also a time when we count the colleagues who were killed for doing their job.

It is impossible not to mention Daphne Caruana Galizia and Jan Kuciak, who were killed not in warzones, but in broad daylight in Malta and Slovakia, two members of the European Union. Although the sponsors of their murders are still unknown, one thing is clear: when journalists are killed it is because they told an inconvenient truth. Caruana Galizia’s son was presented with the Press Freedom Honorary title at the Difference Day event in Brussels yesterday evening.

Being in the EU does not guarantee press freedom. On the contrary, in several new EU members press freedom has got much worse since joining the club. The worst example is Bulgaria. The year before it joined the EU, in 2006, it was 36th in the Reporters Without Borders media freedom index. It occupies the 111th position in the 2018 ranking and is now last not only in the EU but also across the Western Balkan countries. And this has happened at the time when this country holds the EU’s rotating Presidency. That is not much of an example to set.

In the wider Balkan region, Romania is ranked highest in the Reporters Without Borders ranking (44th), followed by Bosnia and Herzegovina (62nd), Croatia (69th), Greece (74th), Albania (75th), Serbia (76)th, Kosovo (78th), Montenegro (103th), Macedonia (109th). Years ago, Macedonia was behind Bulgaria, but this year the positions were exchanged.

Although the EU is relatively successful in trying to influence those who want to join the EU, the exception is Turkey. This country, still officially a candidate to join the EU, ranks 157th out of 180 countries surveyed, which is worse than Zimbabwe (126th) or Russia (148th).

The report says Turkey is the world’s biggest prison for professional journalists, with many members of the press spending more than a year in prison before trial and long jail sentences becoming the new norm—in some cases, journalists are sentenced to life imprisonment without the possibility of a pardon.

The EU sometimes makes noises when one of the imprisoned journalists in Turkey is also a national of a member country, but it has lost leverage in the bigger picture. In Turkey, but also in the EU, journalists have little hope that the Commission can do much if they get in trouble as a result of simply doing their job.

The self-styled “political” Commission of Jean-Claude Juncker recently described a journalistic investigation it doesn’t like into a certain M. Selmayr as “fake news”. Such attitudes are dangerous and contagious. Press freedom is an orphan – a candle in the wind.

Money rules the Brussels agenda this week. Yesterday’s proposal for the next long-term EU budget from 2021-2027 received a largely positive reception from MEPs. However, for those working in cohesion policy the MFF proposal contained a nasty surprise, while development NGOs warn that it effectively downgrades aid policy.

Linking future EU funding to the rule of law is one of the major innovations in the Commission proposal. Bulgaria, the country holding the EU Presidency, is not amused.

Meanwhile, defence spending will get a €20 billion budget boost under the proposed MFF. Together with recent integration steps in this area, the EU is seeking to boost its resilience to the perceived threat from Russia.

After Belgian PM Charles Michel addressed MEPs in Brussels, Commission President Jean-Claude Juncker urged him to spread the good-will to British eurocrats and offer them citizenship. Meanwhile, yet another insult was thrown onto Belgium by the historically misguided Nigel Farage, who believes that the nation which nearly a million Britons (and, of course, several million others) died for in the Great War, is not really a country. A snappy rebuke did not take long in coming.

While US President Donald Trump threatens to reimpose sanctions on Iran, German Chancellor Angela Merkel argues the nuclear deal should not be cancelled. The odds, however, are against reaching a ‘fix’.

For the EU, it is high time to reboot the Western Balkan’s economic development and its integration into the Union, as well as recognise its progress in countering terrorism, writes Peter R. Neumann.

The best way to stop smoking is to see a medical doctor or psychologist and get necessary medicine, says EU’s health chief Vytenis Andriukaitis, as the tobacco industry promotes electronic cigarettes as “less damaging” than traditional smoking.

The EU Agency for Safety and Health at Work has launched a joint campaign with the Commission and the Bulgarian Presidency aimed at raising awareness of dangerous substances and exposure to carcinogens at work.

On another note, for those who will have some spare time on May 26, the best shoe shiners from Europe will come to Brussels for a one day competition to offer their service to the public. The info event takes place on Monday.

Commission President Jean-Claude Juncker in Trier, Germany tomorrow to deliver a speech at an event commemorating the 200th Anniversary of the birth of Karl Marx – a delicate matter, as the monument has fueled some controversy lately.

One response to “The Brief – Press freedom, a candle in the wind”