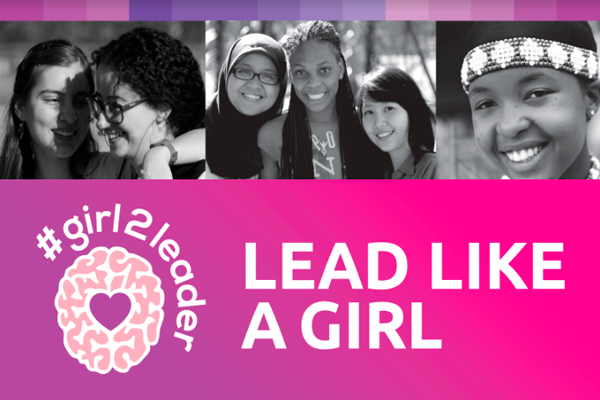 On the occasion of the International Day of the Girl (IDG) 2019, Women Political Leaders (WPL) is connecting accomplished female politicians with young girls – the future generation of leaders – through its initiative #Girl2Leader.

Sharing the personal experience of women political leaders shows that a woman’s place is in politics. The initiative, running on social media, has rallied the support of female politicians from Europe to Australia and New Zealand, Asia, as well as Africa and Central America.

“The political system is a male-dominated environment which does not make it easy for women. If experience is the best teacher, testimonies of female political leaders from around the world can inspire the next generation of female leaders. Every woman leader was once a little girl, with dreams and ambitions. Role models can be crucial when becoming a politician. WPL #Girl2Leader’s International Day of the Girl can serve as a stepping stone for future female politicians.” says Silvana Koch-Mehrin, President & Founder of WPL.

The International Day of the Girl Child, celebrated on 11 October, is a worldwide observance day declared by the United Nations. It focuses on inequality faced by girls based upon their gender. WPL’s focus is political leadership: by connecting experienced women politicians with #Girl2Leader young girls, the initiative can motivate the future generation of political leaders.

Besides encouraging girls to enter politics, women politicians can aid them by helping them know what specific steps to take when beginning their careers and further how to handle adversity they will face during the process and even after they are in office.

The objective is to inspire girls and women by providing them with role models, examples of women who have built a political career.

The trend is negative: The World Economic Forum’s Global Gender Gap Report 2018 says that women’s political empowerment dropped after almost a decade of slow growth due to stalled or declining representation of women in political office in the West.

To further the cause of equality between men and women there is a need to understand perceptions and attitudes, and the drivers and barriers towards a fairer world.

The Reykjavik Index for Leadership was created by Women Political Leaders and Kantar to support this journey to equality for women and for men. The Index measures how people feel about women in leadership, assessing the perceived legitimacy of female and male leadership across 20 economic sectors and giving insight into how the views of women and men differ.

Not only Social Media

Coupled with this initiative, and to celebrate the International Day of the Girl Child 2019, countries, whose representatives are members of the WPL Network are organising #Girl2Leader events. They are set to take place in the Institutions of countries such as Canada, Guinea, Monaco, Malta, Romania, Ghana, Ukraine, Cambodia, Albania, and Ruanda.

The campaign had 33K engagements and a few thousand mentions from around the world. Influential women in politics actively took part in the campaign and supported #Girl2Leader on social media.

The hashtags for the events around the world were #Girl2Leader, #DayOfTheGirl and #LeadLikeaGirl.