By Shada Islam | Friends of Europe

Shada Islam is the director of Europe and geopolitics at Friends of Europe.

The truth is I was expecting the letter. And it came on 8 November while I was in Rome, thinking about what to write for my weekly column in Dawn, Pakistan’s leading independent newspaper.

Dawn’s editor Zaffar Abbas wrote to say that he was sorry. The newspaper was in trouble. “The unannounced state policy of the last over two years to put a squeeze on the paper was already having its toll, and now several other factors have added to its financial problems”.

And as a result, there was no room for my weekly column from Europe anymore. He hopes it’s a temporary snag. But I fear it isn’t.

Dawn is in the firing line of Pakistan’s military and the current army-sponsored populist government of Imran Khan. The newspaper is too independent, too daring, not ready to bow and scrape, to lie and pander. My colleague Cyril Almeida is being tried for treason. Other journalists are also being muzzled.

I’ve been writing for the paper for at least 25 years and enjoyed every minute. It has never been my main job. I’ve worked for the Far Eastern Economic Review and now as Director for Europe and Geopolitics for Friends of Europe, one of Europe’s leading think tanks.

Writing for Dawn, however, kept me linked to my country of birth. The editor said I had a “loyal following” of readers who wanted to hear an insider/outsider’s view of global politics, Europe, America, China and Pakistan.

I loved it – and put my heart and soul into every weekly column I wrote which, like clockwork, appeared every Saturday.

But I knew the hammer was ready to fall.

An article I had written just before the July elections in Pakistan had – for the first time – been axed because it was considered too tough on the role of the military. Other pieces since then have been vetted to make sure there was no offensive content. Truth be told, it was becoming extremely annoying.

Ironically, my last article in Dawn, published last week, was about the global war on free speech. I said the outrage over the killing of Saudi journalist Jamal Kashoggi should be channelled to stop the decline of the independent press worldwide.

I underlined that journalism in Asia was most at risk – and said the European Union should make the mistreatment of independent journalists a major part of its global campaign for human rights. 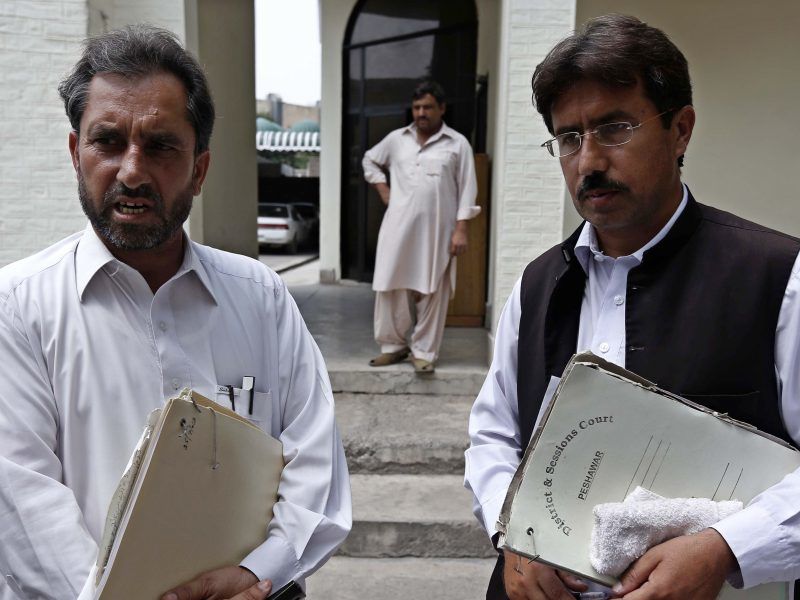 Foreign aid groups are being forced out of Pakistan, where the need for their services remains immense, in a move analysts say is fuelled by suspicions of foreign spying.

The attacks on Dawn are a sad – nay tragic – sign of the slow death of Pakistan’s democracy. Democracy is in decline in many parts of the world. The tragedy of Pakistan, however, is that it’s no longer the army or the “civilian government” led by Imran Khan which is in charge. Religious extremists are holding the country hostage.

For proof look no further than the so-called blasphemy case against Asia Bibi and, earlier, the decision to cancel the appointment of a renowned economist Atif Rehman Mian as an adviser to the government because he belongs to Pakistan’s Ahmediya minority.

Seventy-one years after independence, Pakistan’s path to democracy has been a roller-coaster ride. Thrills one minute, despondence and tragedy the next. Heroes morphed into villains – and bad guys were reborn as heroes.

International media continues to report – on and off –  on the clamp down on the media, the soap-operatic conduct of leading politicians and the rise of intolerant, extremist voices.

The picture is of a complicated country which is part problematic troublemaker, part an enigma, with a state within a state, fragile and polarised, uncertain of its loyalties.

There is little doubt that through the years, Pakistan’s military-intelligence has stood centre stage, manipulating politicians, pulling the strings, making key decisions, taking sides and clamping down on press freedom.

But despite the turmoil and military meddling, Pakistan had persevered on its democratic trajectory. Democracy in Pakistan was messy and flawed but many believed it was also ultimately resilient.

Dictators came and went. Military coups were followed by civilians in power – and the other way around. In between, there was heady talk of transparency and accountability, combating corruption, building a new and stronger economy.

Pakistani politicians were often more than willing to collude and connive with anti-democratic forces.

But through the turmoil and turbulence, thanks to the resilience and democratic aspirations of the people of Pakistan, a strong media, civil society representatives and human rights defenders. democracy doggedly ploughed on.

But times have changed. Dramatically. Imran Khan’s election has confirmed and reinforced the role of an ever more intrusive military and, even more dangerously, it has unleashed the demons of religious extremism.

Pakistan’s current “rulers” are – one by one – crushing all the building blocks of democracy. I fear that this time, there may be no going back.