Groups of marchers make their way towards the Tree of Life synagogue three days after a mass shooting in Pittsburgh, Pennsylvania, USA, 30 October 2018.

Joseph Dana is editor-in-chief of emerge85, a lab that explores change in emerging markets and its global impact. He contributed this op-ed for the Syndication Bureau, an opinion and analysis article syndication service that focuses exclusively on the Middle East.

In 17th-century Amsterdam, the city’s Jewish community took the unprecedented step of asking municipal authorities to halt Jewish migration. Pogroms in the East spurred waves of Jewish refugees seeking asylum in cities like Amsterdam. But the Jewish community there, in one of Europe’s most prosperous cities, didn’t want to shake up the status quo.

Made up of mostly Portuguese immigrants, the Amsterdam Jewish community was among one of the most secure and prosperous in the world at the time. Having fled forced conversion to Christianity in Portugal, these traders and merchants created a vibrant community protected by the tolerance of their Dutch hosts. They begged for the doors to remain shut saying they would send aid to their brethren in the east.

While it might seem misplaced to bring up this unique Jewish community in relation to contemporary events unfolding in the United States, there are strong similarities between the two Jewish communities. Both have enjoyed unprecedented levels of acceptance in their host societies, including access to the highest educational and professional echelons of society. Both have flourished economically and intellectually while contributing to the expansion of their larger societies. On the streets of Amsterdam or New York, Jews have been free to walk around without stigma.

But the Jews of Amsterdam were wrong to believe that self-restraint would protect them, as the terrible lessons three centuries later showed, when the Netherlands was invaded. The possibility of racism, wherever it appears, must be countered and fought against – whether against Jews, Muslims and everyone else.

Indeed, the horrific attack on a Pittsburgh synagogue has brought into sharp focus how the identity of American Jews has been built on an illusion of safety and security. Whereas the Amsterdam Jews were ultimately little more than a small community, the Jewish community in America constitutes one of the poles of Jewish life on the globe.

This brazen attack highlights the toxic fault lines that now exist in the US. While other minority groups such as African Americans and Latinos might be shockingly accustomed to violent attacks, the Jewish community has enjoyed a run of relative safety. For many Jews around the world, America is the promised land, free from the type of vicious anti-Semitism found elsewhere. This attack has shaken that notion to its core.

In their landmark work of social criticism, the ‘Dialectic of Enlightenment’, the German Jewish philosophers Max Horkheimer and Theodor Adorno outlined the place of anti-Semitism in European society. Having an ‘other’ that could be castigated and serve as the target for all of society’s ills was, and remains, a critical foundation in the construction of post-Enlightenment European society. The Jew has continually served this role as the other. Post-Holocaust, European society found new ‘others’ in the form of migrants and, increasingly today, Arabs and Muslims.

Not only have Horkheimer and Adorno been proven correct, but the patterns they saw have accelerated in the current American political landscape. Conspiracy theories shared by anti-Semites and white nationalists that a handful of globalists (read: Jews) are the source of America’s problems have been amplified by President Trump. The idea that Jews somehow don’t belong in the US and should move elsewhere is another trope that finds unique resonance among some Israeli politicians who argue American Jews should immigrate to Israel.

These forces of racism have existed in the United States since its foundation, but over the past 30 years have been relegated to the sidelines of American life. Those three decades were the fruit, albeit still imperfect, of the hard-fought battle for the civil rights of all and against racism towards the few counted as ‘minorities’. Naked, unabashed racism of any kind was chastened in the public eye, and being a racist was, well, embarrassing. With the election of Trump and his proclamations of nationalism, being a racist is no longer a matter to conceal. The Pandora’s box into which America stuffed its unsavoury past has been unsealed.

To make matters worse, the Trump administration has diverted critical funds away from countering all forms of extremism, including right-wing extremism. The Department of Homeland Security’s $10 million program to counter violent extremist ideology was narrowed in 2017 to focus solely on Islamist extremism. By focusing solely on Islamist extremism, with the implied, and highly distasteful, corollary that this is work of Arabs and other minorities, the new anti-terrorism campaign has invited closet racists to spill out their bilious hate.

In the wake of the Pittsburgh attack, Muslim groups have raised enormous amounts of money for the Jewish community in that city. Speaking to reporters after raising more the $178,000 for attack victims, the leader of the Islamic Centre of Pittsburgh said, “We just want to know what you need. If it’s people outside your next service protecting you, let us know. We’ll be there.”

America’s Jewish community should return the sentiment. Jews, like other minority groups, whether Muslim, Latino or African-American, must join together to counter the threat facing the United States from within. Racism against one group enables racism against all. When racism is no longer an embarrassment, all minorities are a target. America remains, for the time being, a society governed by the rule of law through the strength of its institutions. Unity in the face of racism is the path out of the darkness that has fallen on a great nation. 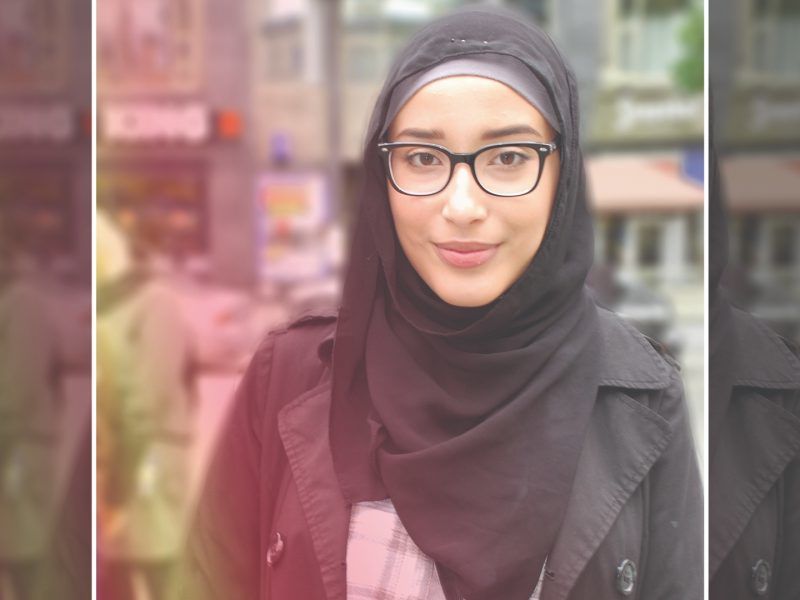