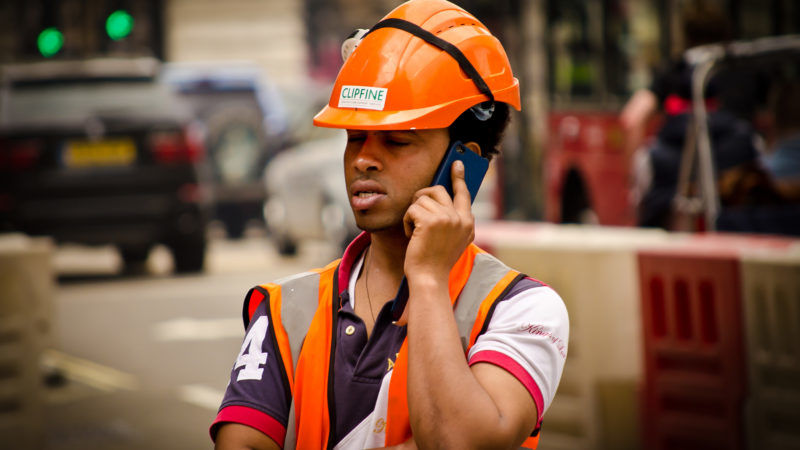 "Ça suffit ! On parle français ici !" Paris will now force builders working on public sites to speak in French. But its effect on integration efforts and how it will actually be enforced are serious concerns. [Garry Knight/ Flickr]

The Paris capital region has passed a new rule obliging labourers on public building sites to use French, copying action taken elsewhere in France to squeeze out foreign workers.

It includes a so-called Molière clause which will oblige firms working on publicly-funded building projects, or in other areas such as transport or training, to use French as their working language.

“This clause is necessary and targets foreign companies who come with their teams, without any of them speaking French. These companies need to improve,” Vice-President of the region Jerome Chartier said afterwards.

The French government has long criticised EU rules that allow companies to bring in much cheaper foreign workers temporarily, often from Eastern Europe, who undercut locals.

EU rules on public procurement prevent states from discriminating against companies from another European country uniquely on the grounds of their nationality.

Opponents to the Molière clause, named after the 17th century French playwright, point out that it will disadvantage newly arrived foreigners living in France who are able to integrate via the workplace and learn French.

It also risks being difficult to monitor and enforce.

Other French regions Normandy, Hauts-de-France and Auvergne-Rhone-Alpes have also introduced rules requiring companies to use the French language on public building sites.