Alexander Mattelaer is the director of the European Affairs programme at Egmont, the Royal Institute for International Relations in Brussels, and an assistant professor at the Vrije Universiteit Brussel (VUB).

He spoke to EURACTIV’s Alexandra Brzozowski.

We are looking forward to a decisive European Council in June, where all the pressing issues – eurozone, migration, defence – will be on the agenda. How big is the ‘window of opportunity’ for reform?

The ‘window of opportunity’-debate is a fascinating one, because even very informed opinions run into wildly different directions – ranging from ‘the window of opportunity never closes, because we can always try again in one, five or ten years’ to the polar opposite of ‘it has already closed, may not have been there in the first place, or will stay closed for years or generations.’

We have been going through quite some drama in recent years and months, at the height of the eurozone crisis and at the height of the migration crisis. That has been put behind us, but another very theatrical sort of drama is now unfolding in Washington, dulling the mind on what is still possible and what is not.

Which areas promise progress then?

If we focus on long-term trends, there are two dossiers that stand out: First, the whole Brexit process is something extremely unusual. To find a similar historical precedent, one has to go back quite far in time, to the Empty Chair Crisis with France under the leadership of Charles de Gaulle, who pushed the integration pause-button, and for a while, the whole system got jammed,  just as it is doing now.

By itself, that is already a comforting thought, because it shows that things can jam and unjam, even if the stakes now may be higher.

Migration is here to stay. Acknowledging voting rights and political participation of migrants are necessary aspects of a democratic society, writes Yves Leterme.

EMU is the other dossier, precisely because – also due to political developments in Italy heating up – it reminds all stakeholders that the remedies put forward in response to the sovereign debt crisis were not fully satisfactory.

That debate risks returning with a vengeance and now there may be an attempt to pre-empt this development by signing off on a reform plan which, in terms of content, may not feature many new things, but things could conceivably get decided upon.

How confident are you that the Brexit negotiations can be successfully concluded by March 2019 and an over-the-cliff hard Brexit can be avoided?

Wherever you look across Europe, all member states will have engaged in their own internal reflection: What does this mean for us with respect to our role and position in the system? And make no mistake: The position of everyone, of all remaining 27, is deeply affected by the loss of one of the others, in more ways than just the very crude indication you see unfolding in the MFF debate.

The intriguing thing about Brexit is: There is a timeline defined in the treaties. It can be manipulated to some extent, but there is time pressure piling up to see the debate advance, and it has advanced remarkably little so far in recent months. If nothing happens at the June Council, or if it is just taking stock of lack of progress with no major breakthroughs, then essentially it means that the entire bets are on the October Council. This will make a lot of member states quite nervous, because it increases the stakes of failure.

Do you think that the German response to French President Emmanuel Macron’s reform proposals is a setback?

We see a lot of bargaining, with member states and increasingly institutions opening the bargaining process with very high expectations and tuning those down as negotiations proceed. The French President opened the debate with proposals that were very unlikely to receive full support, and I have difficulties imagining that the governmental apparatus and all advisors were naïve.

What the German Chancellor has now put forward in her recent remarks offers substance, not as much as some would have hoped for, but it is disproving the discourse that nothing is happening. It is arguably a good development that proposals and counterproposals are being made, some ugly compromise being the product of that. Will it leave many dissatisfied? Yes, it always does.

What if there is little progress in further integration terms?

The biggest risk could be that Europeans – citizens of all member states, their governments and their institutions – continue to be quite inward-looking and spending, to put it bluntly, an enormous amount of time and political capital in re-calibrating their own political system.

Meanwhile, the international system itself is evolving in a way that does not bode particularly well for the European continent. The long-term trend is clear: economic weight of Europeans collectively, their demographic weight, their combined European military power in the world is shrinking quite dramatically, shifting further away from Europe towards Asia. 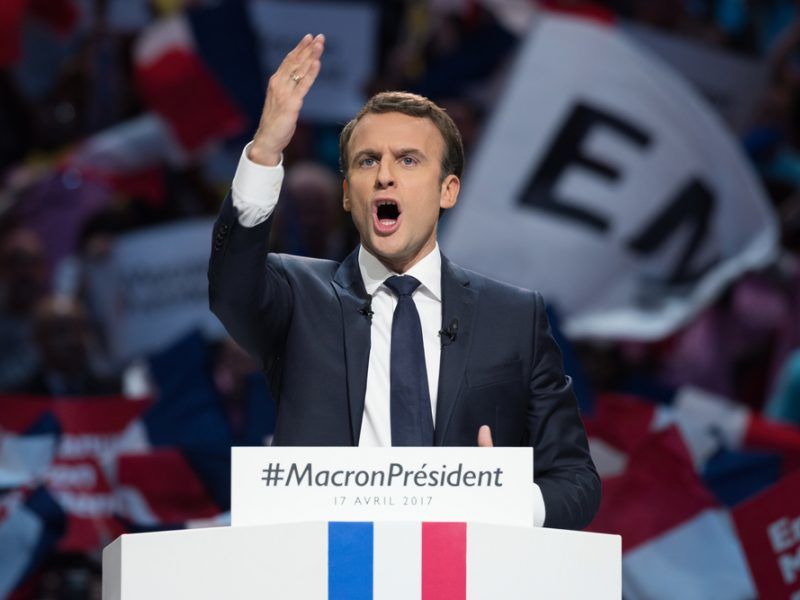 The future will be less Eurocentric and that has the paradoxical consequence of simultaneously underscoring the need for Europeans to relate to the wider world collectively.

But conversely, because of the weakened European position on the world stage, it becomes easier and easier for outside parties to play divide and rule, take advantage of European disunity, play European member states out against one another and look at the European continent again as a playground for influence games – quite similar to the Cold War, but much messier, with more players and less stable friends.

Do external crises have the potential to recapture Europe? Commission Vice-chief Frans Timmermans referred to the US as Europe’s biggest challenge. Would you agree?

Yes. For the simple reason that there are all sorts of external relations that can be very complicated, turbulent and ugly in certain cases. Turkey is a complicated neighbour, Russia is a very complicated, not to say troublesome, neighbour from a European perspective, because of its habit of not respecting the territorial integrity of its neighbouring countries or at least behaving in a way as if these countries were not allowed to determine their own destiny. Those are difficult relationships to manage.

But the Euro-Atlantic order is not dependent on these relations itself to function. And this is the substantial difference with the United States, as Washington has been ambiguous about some aspects of European integration, but fundamentally supportive of the process for over 70 years.

That being called into question is a big shock. Whether the whole Euro-Atlantic order can continue to exist without the US underwriting it – the answer may be yes, it may be no – we simply do not know. It can only be anybody’s guess how resilient the rules-based international order is, when its powerhouses drift apart. It is certainly not a coincidence, that the Commissioner pointing this out, is from a strongly Atlanticist member state.

Is European joint defence more important than ever, given the cold transatlantic relations?

But the great policy debate is what flashpoints are to be planned and provided for. One with Russia is looming large in the minds of at least a handful of members states, therefore it will drive the policy process, albeit reluctantly.

In many respects one can observe that the security policy debates within NATO and within the EU are converging at a point in time when many other debates are diverging – it provides at least some hope that if all goes wrong, Europeans will stick together depending on the overall realization that their geopolitical fates are closely intertwined.

The security environment has become a wake-up call across Europe, why has the EU not paid more attention to security and protection of its borders?

We are exiting a historical timeframe in which security considerations did not feature very prominently in public awareness and the European project has historically been decidedly ill-equipped to play a role in that regard. It was tried in the beginning, it flopped. What we have got instead was a project deeply rooted in pursuing closer economic cooperation and convergence.

The promises on what increased European security cooperation could achieve were consistently oversold, because it would imply giving up national decision-making autonomy to a very substantial extent – which democratically is probably also quite problematic.

The intriguing thing is, that political appetite for sovereignty is increasing at a time when the objective demand for efficiency is growing. Those two contradictory tendencies need to be reconciled with one another.

The good news is, it can be done. With PESCO there is now a new list of projects that are quite modest in scale – and keeping in with good European tradition – one starts with modest steps and when patterns and trends established themselves, one follows up with more ambitious steps.

But for the foreseeable future, security will remain a national responsibility and collective defence being organised in a NATO framework.

There are currently many advocates for a ‘Europe of different speeds’. Does this bear more opportunities than risks?

It depends on the details. In some respect, it is a false debate, as this already exists: We know it as the EU itself. Are the asymmetries inside the system necessarily a healthy or bad thing? Perhaps it would not pose a fundamental problem, if the level of asymmetry was to increase, if that evolution would be supported by its national democracies.

But forcing members states into a construction they feel not ready for, or have grave misgivings about, strikes me as dangerous. If the European system develops in such a way, it sets the stage for a fundamental break of trust in European integration as a whole – because from the very beginning it was designed as voluntary process.

If it is no longer genuinely voluntary, it creates big risks in terms of cohesion. That in my mind calls for prudence.

4 responses to “Academic: Weakened Europe has once again become ‘a playground for influence games’”