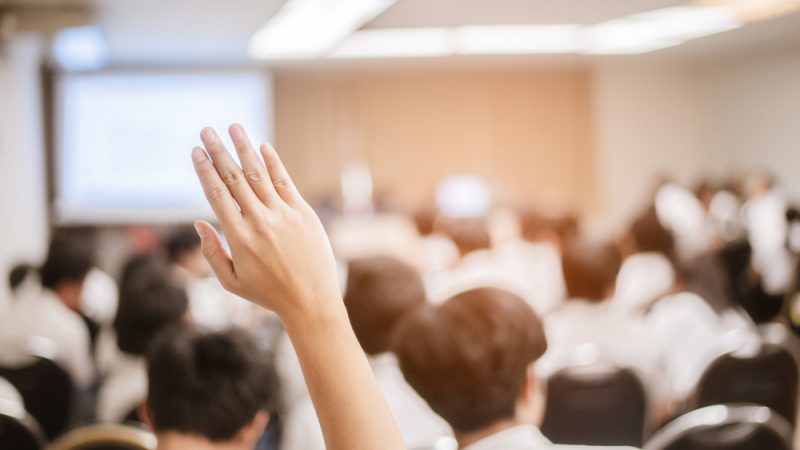 Interview with Alexandrina Najmowicz, Co-Chair of the Civil Society Convention on the Future of Europe and Director of the European Civic Forum.

The Civil Society Convention on the Future of Europe was created with the aim of bringing together over 80 European networks and platforms with members all over Europe to work as part of CoFoE. What challenges did you face?

First of all, the biggest challenge that we faced was the delay in the kick-off of the Conference on the Future of Europe. As civil society, we mobilised well in advance before even the launch of the Conference on 9th May 2021. We self-organised horizontally and it was quite successful.

There were high expectations and also a bit of frustration due to the fact that civil society as such was not considered as a key partner in the process. We managed to come together, to be stronger and it’s true that we had to fight for every inch of our participation and representation. At the very beginning it was not even sure that we would be members of the Conference Plenary.

Which do you think are the most important CoFoE proposals that will help to shape Europe’s common future?

There are so many actually… In the report published on 9th May there were 49 proposals, with more than 300 specific recommendations. Among these, what is really important is the fact that citizens are calling for more ambition on environmental issues, more competences for Europe on social matters, health issues, education to reduce inequalities inside and between countries, for more functional European democracy that delivers for all, and all those issues that bound us together as a community.

One of the positive effects of our participation in the Conference was the coordination and cooperation with trade unions and the European Economic and Social Committee. We mutually supported our key messages, fought and defended our role and position in the process.

What are the outcomes of the Civil Society Convention on the Future of Europe that you chaired?

From the very beginning we were quite clear on the outcomes of the CoFoE as such, so we gathered together to create a strong horizontal coordination of civil society that will go far beyond the conference itself.

This Convention is quite unprecedented, I hope that our umbrella organisation Civil Society Europe will get even stronger by carrying forward the legacy. We have a very solid policy agenda that we crafted ourselves, with 5 thematic clusters involving more than 200 direct participants. In addition, I really think it was a very important coalition-building exercise.

Ultimately, we should be very proud of the CoFoE final report. If we look for example at the section on democracy, civil society is mentioned 16 times, and in the whole document it is present 54 times. This is a very important end-result compared to the situation at the beginning, where civil society was not mentioned as an important stakeholder.

Now that we have the final CoFoE report, what are the next steps to follow? What do you expect the institutions to do now?

At the closing event in Strasbourg, there was quite a clear commitment from the side of the European Parliament and also somehow from the side of the European Commission to respond and to give the proper follow-up to these proposals. Of course, the Commission was more reluctant about treaty change than the European Parliament. President von der Leyen implied that there is a lot that can be done within the framework of the current treaties and promised that the first feedback will be given as part of her next State of the Union address in September.

On the side of the Council of the EU, there is a lot more uncertainty. We already saw in Strasbourg that President Emmanuel Macron was not able to speak on behalf of other national governments, but there is a commitment from the side of the French EU Presidency to convince the other governments to do a proper follow-up on the proposals.

Have the expectations for CoFoE been met? Do you think the EU could implement similar exercises on a regular basis?

The general atmosphere at the end of the process was rather consensual, despite some controversies that we could witness along the process, so the final report reflects quite well the citizens’ proposals and the deliberations in working groups and plenary.

But one of the most important shortcomings of the exercise is that it really didn’t manage to reach out to the national and local levels, and particularly to people that are marginalised in our societies – most of the citizens that were randomly selected had never heard of the Conference itself before participating.

I’m afraid this is also linked with the role of the media. We know that across Europe there is really a big deficit of EU coverage by major media outlets. I think we really need to invest more time and resources into civic participation and civil dialogue at the EU level. The Commission committed to hold citizens’ panels before policy initiatives, so most probably this kind of deliberative conferences will be organised in the future at the European level. But beware of institutional populism and let’s not waste the potential of civil society organisations that unite citizens transnationally on a regular and long-term basis to participate in EU policy making processes. Their role, together with the social partners, should be central in any participatory democracy processes in the future!

What do you think the institutions have learnt from the Conference?

I think they have learnt that they really need to secure and maintain popular support if they want citizens to be more involved in European democratic processes. And that the best way to do it is to hear the needs, deliver on expectations and follow-up with concrete policies that will improve the living standards of people living in Europe.

During these past months, we have seen that war is back in Europe. What kind of EU awaits us in the coming years and how the CoFoE has helped to achieve a new better Union?

I don’t know if CoFoE managed to set a new configuration in Europe, but it was very clear that Europe stands united in solidarity with Ukraine and against Russian aggression.

Nowadays, neighbouring countries are facing difficult situations while welcoming massive numbers of refugees. We are seeing how civil society is on the front line of solidarity in these countries, often filling the gaps left by the state’s lack of coordinated response. At the same time, they are facing unacceptable double standards in the welcome of refugees: for some they are praised, for some others, they are criminalised! Whether they come from the Ukrainian or Belarussian border,  whether their skin colour is white or not, their humanitarian cause and rights would not receive equal treatment by the public authorities! This is something that we need to be very vocal about.

Finally, there was a lot of discussion during the Conference about European sovereignty, not only in terms of energy, but also when it comes to food chain supplies. The pandemic already showed us how much our security depends on other’s security. Today’s interconnected global challenges call for a new impetus to multilateralism and solidarity. Peace, democracy, justice, the protection (and practice) of human rights and environment should be the core principles guiding all EU policies, internally and externally.