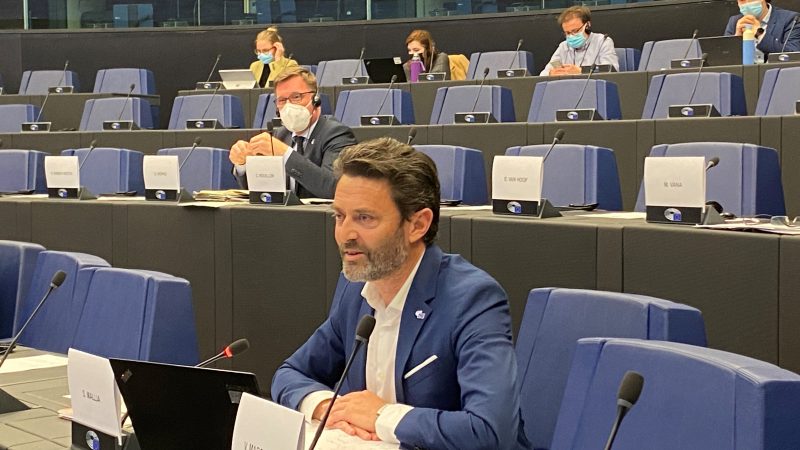 "Let me be clear here: According to the European Commission’s trade review, already in 2024, 85% of the world’s GDP growth is expected to come from outside the EU. So, Europe’s continued socio-economic prosperity depends on its ability to tap into this global growth" said Mallia. [European Economic and Social Committee]

An EU directive on minimum wages “risks undermining collective bargaining and adding up complexities to the recovery and the resilience of the EU economy”, Stefano Mallia, who represents employers in the European Economic and Social Committee (EESC), told EURACTIV.

Instead, he proposed a “competitiveness check to assess the impact of [EU initiatives] on companies, specifying that this check will not “undermine the protection of human, social and workers’ rights nor environmental and consumer protection standards”.

“Let me be clear here: According to the European Commission’s trade review, already in 2024, 85% of the world’s GDP growth is expected to come from outside the EU. So, Europe’s continued socio-economic prosperity depends on its ability to tap into this global growth” said Mallia, who is the president of the Employers’ Group at the EESC.

The EESC has 18 members in the Conference on the Future of Europe’s plenary and Mallia represents the EESC in the working group on the economy.

On smart working, Mallia said the pandemic has brought employers to a new normality, as before the health crisis “leas than 5% of employees were working from home regularly, and less than 10 % occasionally”.

Nowadays, “more than one-third of employees have been working solely from home”, he said, adding that teleworking “has to be tailored to the needs of each specific business”

At the moment, Mallia explained, smart working is “covered by existing legislation regarding working times, health and safety, anti-discrimination and work-life balance”. There is also an “EU-level framework agreement by the social partners that specifically deal with teleworking. Agreements are being implemented at national, sectoral and company level in various ways”.

His proposal is to “encourage businesses to invest in new working methods”.

“The EU and its member states must ensure a favourable business environment and help to establish good teleworking conditions through investment in digital infrastructure, education and training, and research and innovation, but we need to avoid introducing restrictive and rigid regulation, which discourages innovation and hampers workplace and sector-specific solution”.

“National education and training systems should be rapidly modernised to anticipate and deliver skills and competences relevant for the needs of the current and future labour markets,” said Mallia, referring to the need to properly face the challenge of digital transition.

“For example, new needs in terms of jobs and skills are already emerging in the health sector. As new industries emerge or current ones evolve, there will be more and more demand for the skills that come with these industries.”

According to Mallia, “dual vocational training or apprenticeships should be better promoted and developed at the member state level”, giving particular attention “to STEM (science, technology, engineering, maths) and digital skills”.

However, from Mallia’s point of view, there are several initiatives that can be promoted at the EU level, like “promoting the digitalisation of European businesses, through a specific scoreboard allowing businesses to compare their degree of digitalisation, with the overall aim of increasing competitiveness”.

Another challenge would be to promote possibilities for cross-border training and intra-European mobility, he said.

Commenting on recommendations made by citizens during the Conference on the Future of Europe (CoFoE), Mallia said “we must take these proposals on board, but also underscore that economic prosperity and care for people’s well-being should go hand in hand”.

“I strongly believe that to be able to deliver on the requests of citizens, we must also have proposals that allow us to build a more robust economic base that will generate enough economic well-being to indeed afford the social measures that citizens so desire”.

Mallia also called for a “full transparency of the drafting process”, explaining to citizens “which of their proposals are already being implemented, which can be taken on board within the framework of the current Treaties and which will require treaty change and when it is foreseen that such change can be contemplated”.

Mallia positively assessed the citizens’ work at the CoFoE, saying they had shown commitment that deserves “full respect”.

“What is clear to me is that the results of the Conference have to be realistic and manageable and avoid putting unnecessary burdens on companies. The pandemic and the war in Ukraine have left huge scars on the economic landscape, and it will take a long time for many companies to recover” believes Mallia.