As president of the Union of European Federalists you want to develop the EU towards a European federal state. Is this goal closer after the German elections, or will a deepening of EU integration be more difficult with the so-called Jamaica coalition (Christian Democrats, Liberals, and Greens)?

During the election campaign, there was an odd mixture: we probably had the most European election of all time. This, however, was not really visible. There should have been more talks about Europe. On the other hand, everyone agrees that the dominant issues, such as internal security, the fight against terrorism or migration policy cannot be dealt with without “more Europe”.

Europe was therefore always present, albeit rather hidden. I believe this will come to light again. With the SPD we will have an opposition which will be more willing to extend EU integration. And we will have a fundamentally pro-European government, which certainly will have some tough nuts to crack and compromises to reach. This is going to be difficult. However, I believe that in terms of key European issues good agreement will be made, and this said, these issues can be addressed with the necessary seriousness.

Essentially, through initiatives from France, there is an ideal basis for a deepening EU integration. We must use this window of opportunity.

The FDP has very clearly positioned itself on key EU issues in the run-up to the elections. Christian Lindner, its party leader, would rather see Greece outside the monetary union. Could a step like this contribute to stabilisation, or would disintegration of the eurozone be a step backwards?

This is certainly a crucial point, on which the coalition negotiations will not be easy. But I am convinced that a common line will be found. A part of this line will be to hold on to the previous stance, that support for Greece should be continued and the country kept in the eurozone, if the Greeks continue to work hard – even if for some the reforms are not going fast enough

Together with the FDP and the CSU, it will not be easy to agree on financial transfers that offset unequal trade balances. Do you think a permanent stabilisation of the eurozone could be possible without such transfers?

The key lies in the phrase “solidarity against reliable solidity”. Here in Germany, it also had been a long road until we found a solution for handling regions with different levels of development. At European level, this is no different. We must accept that there are member states which will still not be rich in the medium-term, but that at the same time there are also things we as Europeans want to achieve together.

For example, Portugal will not be able to secure the external borders alone in the extent that we all want it to be. Or take environmental policy: Not all countries will be able to implement the third stage of cleaning in sewage treatment plants alone. These are costly tasks, in which the weaker members, for the sake of common interest, must be supported. Just as structurally weak municipalities in Baden-Wuerttemberg in certain areas are supported by the state, in order to achieve the common goals.

This is a matter that people support when it is well explained and reasonably implemented. What people do not want is that money is invested in other countries that are just partying on. 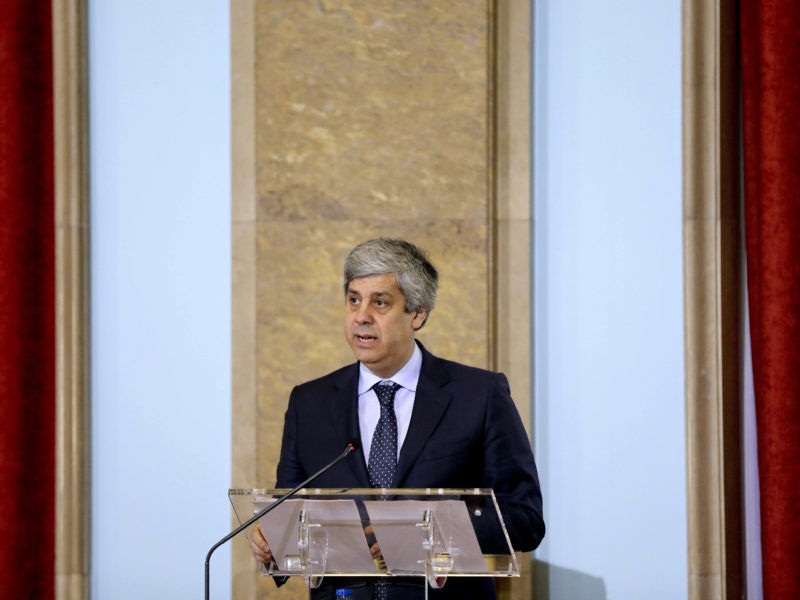 Shortly after the German election, French President Macron presented his plans for deepening European integration. He focused on the demand for a eurozone budget and finance minister. From your point of view, could those steps point towards a European federal state, or might such a focus on the monetary union itself rather lead to a division, because EU countries without the euro are left behind?

It is a good thing that there are impulses coming out of France. Germany now must examine the proposals so that we can find the way to go forward together. In the end, Macron’s proposals will lead to further integration. This is positive.

However, I also believe that the time of big headlines is over. We have done ourselves absolutely no favour in slaving away on combat terms like ‘Eurobonds’ or ‘Euro-Parliament’, which only lead to superficial satisfaction or reflexive rejection. In the end, it depends on the content.

A Commissioner for budget does not have to be called finance minister. It depends on his competences. If such a Commissioner for budget, for example, had his own resources from the value-added tax, we could spare ourselves the big, constantly recurring wrangling over the multiannual financial framework. The FDP could certainly be won over for collaboration.

Jean-Claude Juncker would argue that more budgetary competence could be reasonable at European level, but that this should also be located in the other EU institutions rather than creating an additional policy framework at the level of the monetary union.

I feel the same way. If we further differentiate inside Europe, this must not lead to a differentiation of the formats. Decisions on the Schengen area are also taken in the European Parliament without anybody calling for a Schengen parliament. There are several examples of topics that are settled in the EP although not all member states are involved.

It is good that individual countries are able to go forward on important issues. But a multi-speed Europe must not be a Europe of different formats. As for today, most citizens do not know the difference between the European Council and the Council of Europe anymore. This should not be made even more complicated.

It is a different thing when the Parliament finds internal regulations, such as the Brexit Committee, which does not have British representatives. Or during talks about the Unitary Patent, where Spaniards and Italians are not on either side of the table. This can also be done with questions concerning the monetary union.

Besides deepening the monetary union, the creation of a defence union is another major issue. How far would you go? Would a European army make sense?

It is precisely here that the window of opportunity I mentioned, opened by France, is very valuable because France has the longest way to go.

A decision like the one made by President Hollande during the Mali intervention could not possibly be done by most heads of state and government, not by a German Chancellor either, as we have a parliamentary army. Germany, because of its state organisation, would give away less of its sovereignty here than France. It is therefore a question for France.

But since we also have neutral states inside EU, this is a difficult field. Countries such as Austria or Sweden would have had some difficulties with accession to the EU, if the defence union had already existed at that time. Here again, we need a multi-speed Europe. I am not a defence expert, but I believe that Eurocorps is the ideal approach for deepening European cooperation in this area and building a pillar that supports NATO but also has its own autonomous beam and stability.

Concluding on migration policy: Didn’t the EU member states prove they are totally unable to respond to common challenges with a common European interest?

Well, it is similar to the debt crisis. At the core, we are dealing with a crisis at the national level, not with a European crisis. For me, it is sometimes hard to bear to what extent the refugee crisis is presented as a failure of Europe itself.

The question is, to what extent there is the strength to work out a common European policy here. It does not help to insult each other. It is quite normal that the member states need a certain time to develop their attitude. The Commission has now started infringement proceedings and I am convinced that in the end all countries will respect the European agreements. In the past, Germany also sometimes only reacted after infringement proceedings.

Then there will be the question, in the example concerning external borders, of further contingents or the harmonisation of recognition standards, if there is going to be strength for more coordinated action. There will be transitions to more shared sovereignty. With this topic, there are a lot of screws to adjust. Unfortunately, we have done too little in the past. Now it will take time to find good common solutions.