Romania’s real concern is not the prospect of “multi-speed Europe” but the lack of a “good driver”, of real leadership and of a valuable European vision, Vasile Pușcaș told euractiv.com in an exclusive interview.

Vasile Pușcaș is professor for international relations at Babes-Bolyai University in Cluj-Napoca (Romania). He was the chief negotiator of Romania’s EU accession and Minister for European Affairs.

What should Romania seek from efforts to reform the EU? Which scenarios from the White Paper on its future direction seem acceptable or unacceptable?

Romania, as well as the other member states, should promote a structural reform of the European Union, which could lead to a more coherent and stronger Union, to more intensified European integration. None of Juncker’s White Paper scenarios propose such kind of reform but invite a revival of the process of European integration.

Is multi-speed Europe an unacceptable prospect for Romania? Especially given Romania and Bulgaria have still not been admitted into Schengen, despite fulfilling all its criteria for seven years now?

“Multi-speed Europe” is an old metaphor for the formula of a differentiated integration, whose institutional and operational architecture hasn’t been defined yet. I believe that the problem isn’t multi-speed Europe but the lack of a “good driver”, of real leadership and of a valuable European vision.

Differentiated European integration does not mean the application of differentiation policy from certain member states, such is the case of Romania and Bulgaria’s accession to Schengen. On the contrary, I believe that the European Union needs more inclusiveness and solidarity policy.

The Polish EU presidency regretted yesterday (22 September) that the Netherlands and Finland had blocked the accession of Bulgaria and Romania to the EU's borderless Schengen area, saying it revealed a crisis of confidence in the Union. The European Parliament lamented that these countries were the victims of "populism".

In the context of Brexit, what are Romania’s concerns?

Brexit could lead to a new redistribution of member state participation and European citizens in terms of the common European good, as well as to a reconfiguration of power in the European integrationist system. Romanians would like a more active participation in the integration process, not the prolongation of the “business-as-usual” approach.

The EU budget will be smaller after Brexit. Do you expect the cohesion funds Romania needs to be cut?

If the integration process advances and the Union insists on increasing its own resources, even if Brexit will lead to a decrease in traditional budgetary sources, some solutions might be found for maintaining and improving cohesion policy. Cohesion funds for Romania and other member states that need such financial resources, in this scenario, would not be diminished. 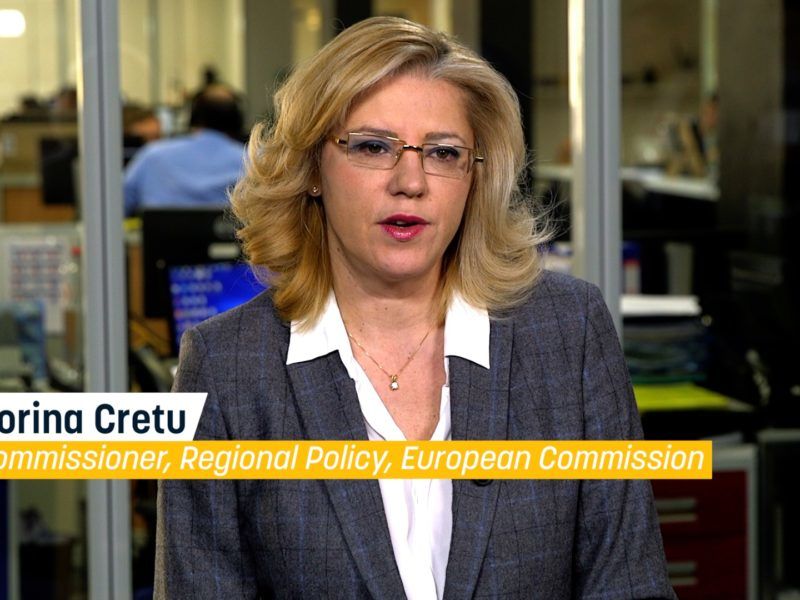 The only policy which has direct links with regional authorities, with citizens, is the cohesion policy, and this is why it is more necessary than ever, says Corina Crețu, the European Commissioner for Regional Policy.

Do you think the European defence union project is a good one?

Yes, an intelligent EU defence policy could be the impulse needed for the intensification of European integration, increasing internal coherence and strengthening foreign policy credibility. It will also increase the Union’s operating skills in terms of international security. NATO is not an impediment but a means of support for expanding transatlantic integration.