Richard Youngs is a senior fellow for Carnegie Europe

Arguing for an alternative vision of European cooperation, political scientist Richard Youngs told EURACTIV that an EU rethink must include new voices and involve a fully participative process of consultation, in line with what French President Emmanuel Macron has proposed in recent months. In his new book, Youngs describes how that can be achieved.

Richard Youngs is a senior fellow at Carnegie Europe and a professor of international relations at the University of Warwick. He has authored eleven books. His latest is titled Europe Reset: New directions for the EU.

With the EU facing a multifaceted set of ongoing challenges, you argue for a European reset in your new book. What kind of reset?

Europe is beginning to emerge from the various crises of the last decade, but I think something is still structurally missed with the basic model of integration, so I think we should look at ways of reviving that model.

Leaders themselves have called for new ideas, new thinking on the basic module of integration. I think the key challenge, as we come out of the crisis, is perhaps the pressure and the momentum behind this new thinking is disappointing a bit. So my book tries to correct that, arguing for very concrete ways in which the EU can be made more participative and more flexible.

What kind of concrete ways?

What I propose is a Compact for European Citizens, taking advantage of a lot of very interesting and significant new democratic innovations going on in different countries in the EU. Citizens are engaged in local politics in different ways, often outside the mainstream channels of representative democracy.

Something has been changing in European politics over the last four or five years. There is positive potential in this, which I think, at the moment remains not fully harnessed into the European debate.

So what I try to do in the book in a very concrete way is suggest that this local democratic momentum might be channeled upwards through national political processes and into European debates. Not to replace the formal institutions we have or the top-down direction of EU reform, but try to complement it and supplement it in a more mutually reinforcing way.

What kind of Compact?

There is a lot of thinking around at the moment on including citizens through methods of random selection in local assemblies to get them thinking about what kind of EU they would like in the future.

Citizens must have more ability to set the European agenda, rather than EU reforms being designed in a top-down way, with citizens being included almost as an afterthought and simply being asked whether or not they agree or disagree with a particular EU decision.

We have seen over the last two or three years the dangers, the problems that can occur when citizens are not involved on a regular basis in European politics and then they are presented with referenda, perhaps without having been fully apprised with all the decisions that they have been asked to take. So I think we need a more regular participative form in terms of European democracy.

You argue for a bottom-up approach to move away from elitism in the EU project. But bottom-up has been implemented since the referenda in France and the Netherlands, which killed the European constitution and has led to rising populism, hasn’t it? Could there be a positive populism?

First of all, I am not arguing that we need a purely bottom-up approach to EU reform. For me, the challenge is to get a more participative democracy and form a representative democracy dovetailed much more systematically together.

I think the whole debate about populism is a very, very difficult one; the whole concept is a rather slippery one in terms of its basic definition. I know many people would react to my argument that if we involve citizens more today, then that may simply lead to the EU’s disintegration.

But what I try to do is not to idealise European citizens. I think the very fact that there are such sharp divisions between different parts of our population today means that we need these inclusive processes in which people can argue out their different points of view.

So, it is not really a matter of if there is a good populism versus a bad populism. But there is pressure for there to be much more accountable politics and I think if you try to take the EU forward without taking that into consideration, you actually risk stirring up more populism further down the line.

You say that the EU needs to be designed in a way to manage better difference and diversity. Isn’t that a way of criticising the EU for what it has done since the implementation of the Lisbon treaty? Have we failed to lead a union that is united in diversity?

There are many opinions that suggest that the diversity of the EU has widened over recent years and the EU has struggled to manage that. I don’t say anything particularly new in pointing that out. Many European governments’ leaders themselves have made the same point.

There is no magic solution, but something tangible is needed to bring citizens more to the forefront in the process of European integration. What seems significant to me is that EU governments’ leaders have been calling for the EU to reconnect with citizens for more than 20 years but nothing really tangible ever seems to happen, because this isn’t the kind of issue that ever gets to the top of the agenda as they always have something more urgent to look at.

So, year after year, this basic aim of democratising the EU that everyone seems to agree on in principle, in practice, it doesn’t seem to move forward in a concrete way. What my book tries to do is to suggest a few ways in which we could give more concrete substance to this aim.

But there are two institutions in the EU that are supposed to carry the voice of the citizens in the EU decision-making process: the European Economic and Social Committee and the Committee of the Regions. At the moment they are just consultative bodies, do we need to reshape them and allow them to initiate legislation?

So for me it’s that link downwards between the formal institutions. And this very dynamic ray of local democratic politics we are seeing emerging at the moment seems rather underdeveloped.

Can these ideas of a compact be used in the framework of the better regulation process?

I think all those steps are very positive steps; they are part of an overall package of political reform that is needed.  The one additional element that I am seeking to contribute with this book is to say that, although we need a better approach to regulations, it is more important that subsidiarity is advanced in a way that is less technocratic and a little bit more open and participative.

Subsidiarity itself should be a way of introducing more democratic flexibility in the EU and not simply a technical principle decided on behind closed doors.

How to you shape that flexibility? Are you thinking about two-speed or variable geometry EU?

Two questions: First, how do we take the process forward? What I am suggesting is that this Compact on European citizenship should be part of a formal process of EU reform, but I think if formal institutions would show themselves as so conservative or so unwilling to listen to people’s voices, which might be the case and which I recognise this in the book, then there is a case for citizens beginning to form their own initiatives outside the formal institutional processes. So, perhaps there is an alternative, more bottom-up route simply to rethinking and proposing more innovative ideas for the future. That’s one question.

Then on the flexibility, I think the two-speed module at the moment looks as if it will play a part in the EU’s future.

My book expresses some skepticism about the two-speed module, because it risks new dividing lines to the extent to which a two-speed model is probably going to have to be imposed on some member states against their will. Very few member states are going to voluntarily relegate themselves to a second tier. I don’t think it provides that much scope for really far-reaching flexibility without stirring up a lot of new antagonisms.

The model of flexibility we need has to be more innovative and a bit more radical than the traditional two-speed variable geometry models.

Can reform be done without opening the treaties?

I certainly think that a more political impulse can be introduced without necessarily having to wait indefinitely for treaty change. Other, more far-reaching suggestions would need to be part of a far-reaching package of formal treaty change. But again, I am not arguing against one or the other. There are many, very sensible judicious ideas on the table for progressing with deeper integration; I am simply making the point that without arguing against these proposals on the table, we do need to change the political process which we get to deepen European integration.

French President Macron has put a number of ideas on the table to bring citizens closer to the EU. Do you think any of them is worth exploring? The democratic conventions?

The proposal for the democratic conventions is the proposal that comes closest to what I am suggesting in my book. At the moment it is not certain exactly how those conventions will be organised or implemented, but there is clearly great potential.

My point is slightly different in proposing democratic participations as constant over the long term rather than being set up for a limited amount of time.

I think the question is that citizens need to be able to set the agenda rather than these conventions being run at the behest of governments on governments’ terms.

At the moment things happen rather back to front, the governments, including Macron, make it known what kind of reforms they want. He has already laid out his EU reform agenda, and they say, well, now let’s listen to citizens. And that appears to me as a kind of afterthought: governments and EU institutions mapping out what they want and then almost using democracy as a way of seeking approval for those plans.

For me, democracy has to be understood the other way round. First of all, we need citizens to think through what kind of European solidarity they want in European cooperation. And then use those ideas to feed into the reform agenda rather than doing it back-to-front.

What can bring a new sense of EU identity?

Identity based on core liberal values of tolerance and inclusiveness, which is perhaps a lighter form of common identity than some of the visions in the past talking about uniform types of EU citizenship. Perhaps we need to relax our vision of common identity. 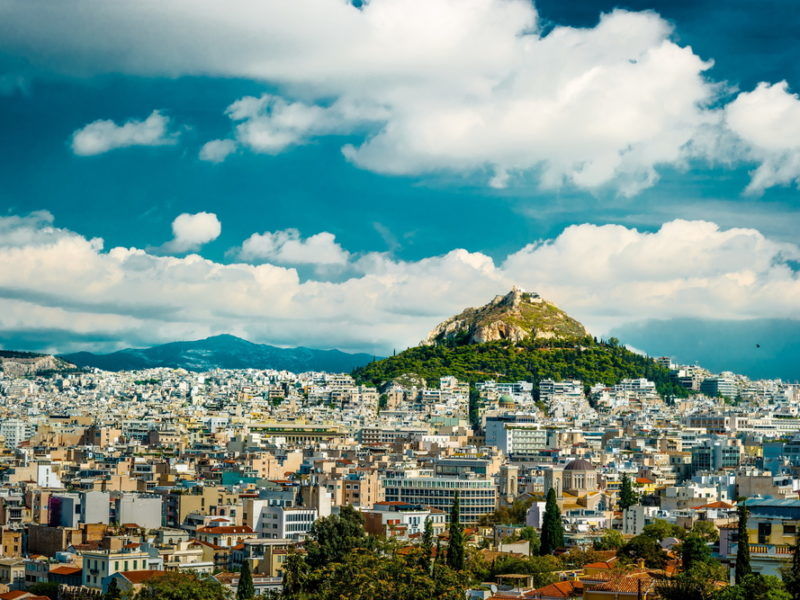