Future of Europe conference ‘not a listening exercise without consequences’, says leading MEP 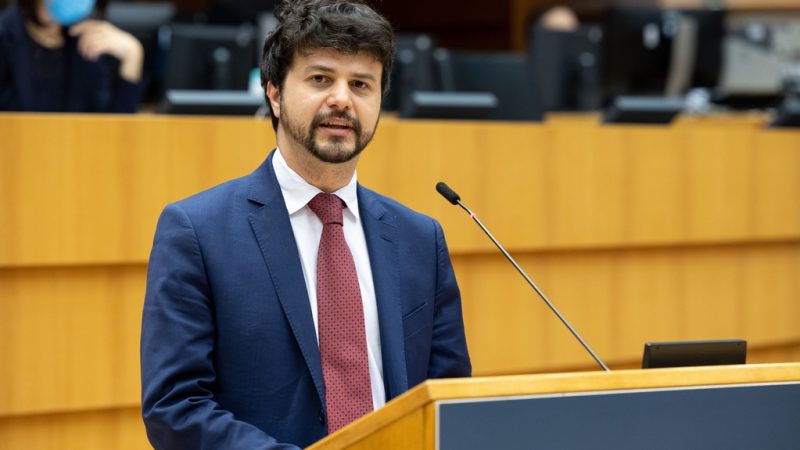 “Governments are obliged to react, they cannot bypass citizens’ proposals”, Italian socialist MEP Brando Benifei told EURACTIV in an interview on the Conference on the Future of Europe.

In my opinion the most important part of the Conference has not started yet. In the first stage, panels began to do a brainstorm of different ideas and the platform was elaborating first reports on ideas gathered. So, we are in this early stage now.

Then, the Conference will start in an actual way next year when the citizens panels bring recommendations to the plenary.

At that stage, we will see the extent of the Conference’s effort. An alternative to the current EU politics will emerge from the Conference, which cannot be ignored by institutions.

We cannot have a citizen’s consultation without a real result: we know that some governments think that it is a listening exercise without any consequences. Members of the plenary are against this. Citizens working groups and members of the plenary will deliver real conclusions that came from a real debate.

That’s why we can say that the Conference will get into the most significant phase in the next months. This is a preparatory phase.

Some citizens said during the panels that they feel a distance between them and MEPs. What would you reply to them?

In this democratic experiment, mixing people with different backgrounds brings the necessity to harmonize different approaches. For instance, a politician is ready to deal with discussions and solutions differently from members of civil society organizations or citizens themselves, which do not deliberate on EU politics on a daily basis as politicians.

For this reason, it is interesting to see how it can work. It is important that politicians, who are present in a significant number in the plenary, fill the gap between themselves and citizens, to have a meaningful discussion.

What I want to tell people who feel a distance with politicians, is that we do need to learn from each other on how to do it. We just started. We need to build a way to discuss things together. From my side, there is the maximum availability to collaborate. We need to create bridges between different approaches and take the best from this to come up with real proposals.

In parallel with the Florence citizens panel, there will be the S&D group meeting. What message would you like to take on that occasion to the Conference’s panel?

We will be there because we want to be close to the citizens discussing in the panel. We hope to have bilateral exchanges with them as well. Our goal is to contribute to their discussion regarding issues that we care about.

I believe we can indeed build together some common approaches regarding the issue of democracy in the EU.

For instance, we need a more accessible, efficient, and transparent European democracy; we need a more democratic representation of citizens. For these reasons, we invest this time and effort to collaborate in a tighter way with citizens in the Conference.

My conviction is the Conference will make clearer that we need to reform the treaties and to build a real federal European democracy. It is important to put these ideas on the table; governments are obliged to react; they cannot bypass citizens’ proposals. Also in that regard, we need a more sovereign Europe to be more accountable towards citizens.

One response to “Future of Europe conference ‘not a listening exercise without consequences’, says leading MEP”