An ever closer union can be a multi-speed one 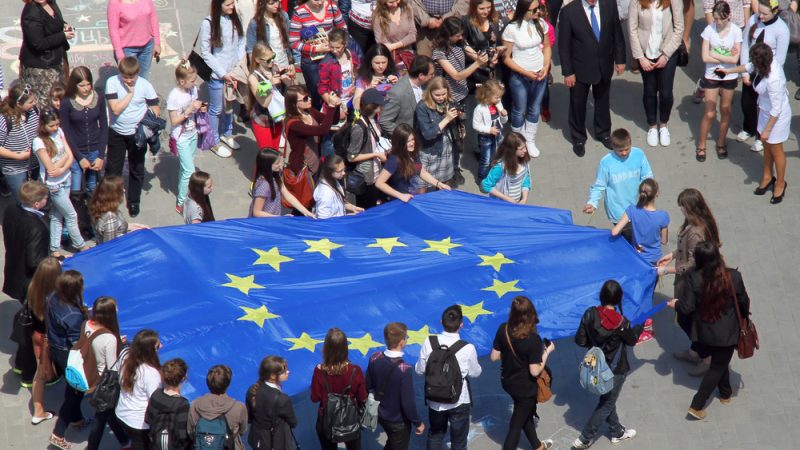 The conference can be used by both sides - someone can take what's happening around it and say that EU citizens are not interested enough in Europe or that it's just a minority asking for progressive changes, according to Antonio Argenziano, the newly elected president of the Young European Federalists (JEF Europe). [Shutterstock 194375723]

The proposals made at the Conference on the Future of Europe for a fiscal union, veto-free EU decision making in foreign affairs, and transnational lists will need backing by civil society if they are to succeed, according to the newly elected president of the Young European Federalists.

The new German government has called for the Conference on the Future of Europe (CoFoE) to be followed by a Convention and the development of a European federation. If it keeps its word and pushes for federalist EU reforms following the Conference, how can we overcome the Euroscepticism present in some European capitals and societies?

There is a taboo that we have to go with the integration all united as 27. Actually, this has never been the case in the history of European integration. In all Treaties, we had opt-ins and opt-outs (e.g. the euro, Schengen) – we already have a multi-speed Europe. This approach is not to exclude anyone but rather to give the opportunity to countries to go further with integration, because they feel the need for it. Others can join at their own pace.

As for societies, let me use the example of Italy. There, the biggest demand is for action – everyone now is changing their view of the EU because the Union has provided the NGEU and this has a big impact on people’s lives. On the other hand, they want these changes to be a permanent thing. They need to see an EU that is constantly there to address these problems. Some issues, if they are not addressed at the European level, are not addressed at all – and this is the source of a large amount of Euroscepticism.

Many Eurosceptics are likely to try to undermine the CoFoE proposals as illegitimate, due to the low outreach of the process. How can we respond to this?

At the moment, the conference can be used by both sides – someone can take what’s happening around it and say that EU citizens are not interested enough in Europe or that it’s just a minority asking for progressive changes. But there could be others saying, with equal strength, that the CoFoE has engaged many people and organisations demanding change.

This is where a struggle will happen, and that’s where civil society will have to play its role. It has to be stressed that most of the people reached by the Conference are definitely asking for a different Europe, and the representativeness of these demands can be confirmed by Eurobarometer polls.

What strategies and tools should pro-European civil society prioritise to ensure that the Conference proposals are adequately implemented?

It’s important to be connected with the institutions – clearly, not all the EU institutions are against an adequate Conference follow-up. The biggest ally of civil society is the European Parliament (EP) and it has to be the European Parliament to embrace this challenge and push for the follow-up within the CoFoE framework, but also beyond it. The Conference Executive Board makes decisions by consensus, which means the Council representatives will also have to approve the outcomes, and this institution is well known for obstructing such processes. So in the end, it will be up to the Parliament to be the voice of European citizens and civil society, asking for real change.

Among the most popular proposals on the CoFoE Digital Platform is one about a fiscal union. Is there a way to talk about EU-level taxes in a way that citizens, especially CoFoE participants, find it understandable and relevant?

We are talking here about European common (or public) goods that serve everyone, e.g. having access to the Erasmus programme or a clean environment. Currently, it’s the national governments, not the EU as a whole, deciding on them, and doing it only every seven years.

Historically, rulers needed the approval of parliaments, representing the population, to introduce new taxes. In some cases, this rule was broken and e.g. the American revolution started with the slogan “no taxation without representation”. Currently, we have representation without taxation, with the EU not being able to provide the European public goods we, as citizens, expect from it. If the European Parliament cannot decide on how to gather resources and how to spend them, it’s not fulfilling its role of representing the European citizens. That’s why we ask for a fiscal capacity for the European Parliament.

This does not mean that we need more taxes on top of the ones we pay at the local, regional or national level – it’s just about reorganising the whole fiscal system in Europe across different levels of governance, according to the subsidiarity principle.

The participants of the ongoing CoFoE Citizens’ Panel seem to back a veto-free EU decision making in foreign affairs but the critics of this proposal point out its divisiveness. What’s your take on this?

It’s important to frame the problem in the right way. The point is that we need an EU that has the power to act at the international level – and do it quickly, especially in cases of war or near-war scenarios. It’s not just about unanimity or majority – we need to clarify the roles in the EU framework and appoint someone who can act on the EU’s behalf. The problem here is not the decision-making in the Council but the Council itself and its intergovernmental character – it’s good to have all governments involved, but at some point. someone has to make a decision and others must be obliged to follow to make our joint external action effective.

Also, individual member states are relatively weak at the global level – we also must unite to be able to talk with big players like the US, China or multinational corporations which can be more powerful than states. We must choose if we want to decide about our role in the world or let others do it for us.

Transnational lists are also among the most discussed proposals by the CoFoE Citizens’ Panels and are mentioned by the new German government. Is a pan-EU electoral constituency the right approach to the EU’s democratic deficit?

The problem here is that the debate around European elections is always national rather than EU-wide. Introducing transnational electoral lists with a single pan-EU constituency doesn’t mean that every member of the European Parliament would be elected this way. Rather, we say that just a few MEPs should be chosen from the transnational lists in order to stimulate pan-European electoral debate with their involvement. If we enable this discussion, it will also be easier for MEP candidates running in national or regional constituencies to represent citizens because their programmes can better acknowledge the fact that many problems people face have a transnational nature.

The last point – the European Year of Youth 2022 (EYY). How can European civil society use the EYY to amplify the voices of young people in the Conference, its follow-up, and in European politics in general?

I want to see real changes when it comes to policies – and not just about youth policies but policies affecting our future in general. We are experiencing very high youth unemployment – what can the EU do to reduce it? Having a concrete answer to this question would be much more important than organising a multitude of conferences where someone says “the future is up to the young people”. We don’t need to hear that – we know the future is ours and that’s why we are concerned. The future is built on the present, so we need to see something happening in the present. I would like this year to be celebrated through genuine change in the EU – and CoFoE can be instrumental in achieving this.