Manfred Weber, the leader of the European People's Party (EPP) advocates for a restructuring of the ESM. [EPA-EFE/ANDY RAIN]

French President Emmanuel Macron wants a separate budget for the eurozone. How far should the German government go in making concessions on this?

The proposals by France and Germany are on the table: Macron has made far-reaching proposals for the reform of the eurozone. The German government has made commitments in the coalition agreement, which also calls for a “departure for Europe.” Now it is about finding a reasonable and workable middle ground. This means, that a limited further development of the euro rescue fund ESM towards a European Monetary Fund is the key reform to come in the area of the economic and monetary union. However, the most important contribution Macron can make for economic recovery in Europe is to make sure that the reforms work in France, because a strong France contributes significantly to keeping Europe economically on track in the long term.

You support a restructuring of the ESM. This, however, is slowed down by the Christian Democrat faction in Berlin.

I think it is right that Berlin clearly defines the national interests – especially, the Christian Democrat faction. But it is also clear that in this phase we have to find consensus with France. When it comes to the planned European Monetary Fund: When a decision on new aid programs has to be taken, the veto of the German Bundestag must be preserved. This was the case for the aid programmes in the past, for example, for Ireland and Greece.

Basically, the following applies: We need a European Monetary Fund, which is also a proposal by Wolfgang Schäuble, because we need to become independent from international donors. Europe must be able to cope with a possible future crisis without Donald Trump. In the last sovereign debt crisis, we had the support of the International Monetary Fund. This was necessary because we did not have the experience in dealing with such crises yet. Meanwhile, Europe itself has gained the necessary expertise.

Should the European Monetary Fund in the future be controlled exclusively by the euro area countries or also by the Parliament?

It generally needs a strengthening of the parliaments, in Berlin as well as in Strasbourg. There is a general agreement that the ESM will be transferred into community law – that is, with leverage for the European Commission and the European Parliament. However, the question of legal construction is not the decisive one for the European Monetary Fund. More important is the question of who provides money and decides on a possible aid programme? That is where I stick to my position: the German Bundestag and, if this is desired in the other member states, the respective national parliaments in the eurozone must have the opportunity to decide on aid programmes.

It would also be in the spirit of Macron to start the first phase of deposit insurance in June. Do you agree?

Before a European deposit guarantee comes, bank balance sheets have to be adjusted, for example in Italy. Therefore, there can be no pooling of liability risks in the banking sector, as long as the risks have not been reduced to a sufficient extent. 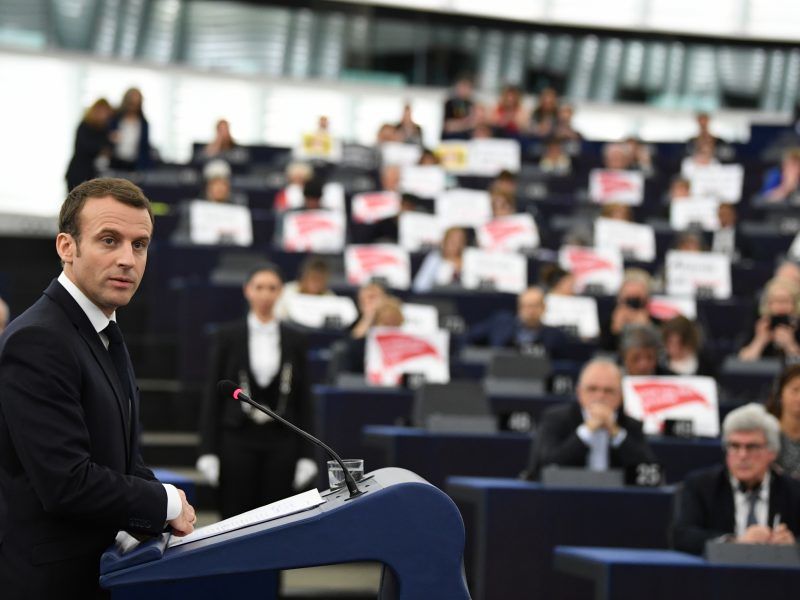 Is it misleading that in the end Macron can only realise a few of the European projects that he proposed at the Sorbonne last September?

I do not believe that. One flaw in the German debate is that we are focusing only on Macron’s proposals on the eurozone. But let us take, for example, the domestic approaches of the French president in migration policy. Its course fits very well with our proposals in the European People’s Party: on the one hand, it is about a noticeable protection of the European external borders against illegal migrants. On the other hand, it is about helpfulness in the reception of civil war refugees.

In my opinion, controlling migration to the EU in 2018 is much more important to people than the euro question. This was shown by the parliamentary elections in Italy, but also the discussion in Hungary, the Czech Republic or here in Germany. This year, we have to work through the essential tasks in order to be able to send the message to the electorate in the European elections next year: We have delivered. Therefore, it would be crucial if national positions are fixed in Berlin, but also if there are signals of a willingness to engage in dialogue at the European level.