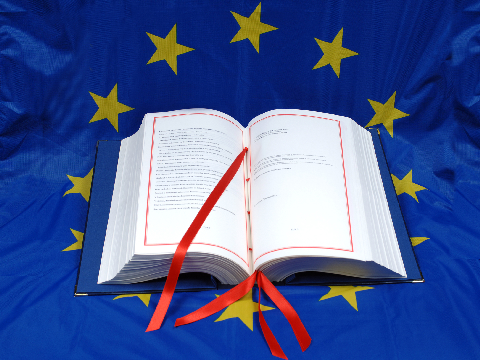 One in three EU countries oppose launching a procedure promoted by the European Parliament to change the bloc’s treaties, according to a joint document seen Monday (9 May) by journalists.

“We do not support unconsidered and premature attempts to launch a process towards treaty change,” said the text signed by Bulgaria, the Czech Republic, Denmark, Estonia, Finland, Latvia, Lithuania, Malta, Slovenia and Sweden.

It was distributed on the day that the European Parliament in Strasbourg hosted a closing ceremony for the Conference on the Future of Europe, a consultation of hundreds of EU citizens on ways the bloc could respond better to public expectations.

The consultation resulted in 49 proposals containing more than 300 recommendations essentially calling for the EU to become more of federal superstate with more powers and streamlined decision-making.

A key ambition of the plan is to remove the veto of member states from certain sensitive policy areas, such as health, taxes, defence, and on future members, something arguably requiring rewriting of the treaties.

Without vetoes, a super majority could adopt decisions, as is already done with other EU business. That means 15 of the 27 member states voting in favour as long as they represent more than 65% percent of the EU population of 450 million.

That format favours decisions backed by the bloc’s two most populous countries, Germany and France, and raises fears among smaller states – those that signed the joint document — that their wishes will be overridden.

The 49 proposals for change are now to be evaluated by the EU countries. If a simple majority of them — 14 nations — agree, they can vote a procedure to start negotiations on possible treaty changes.

“Treaty change has never been a purpose of the Conference,” the joint document said, warning against its findings being “instrumentalised”.

It also said that efforts in that direction would “entail a serious risk of drawing energy away” from public priorities and “the urgent geopolitical challenges facing Europe”.

The EU “can deliver with the current treaty framework” as recent crises have shown, the group of countries said, mentioning the Covid pandemic and Europe’s response to Russia’s war in Ukraine.

“We already have a Europe that works,” they said.