A draft of the priorities of the German EU Council Presidency emphasises the fight against the pandemic as well as digitalisation and green recovery. [EPA-EFE | Clemens Bilan]

“Expectations of the German Presidency have risen once again with the coronavirus crisis,” says a document sent by Chancellor Angela Merkel to the leaders of the political groups in the European Parliament on Wednesday (27 May).

One sentence sums up the difficulty of the task for Berlin: “During its presidency, Germany must react flexibly to the crisis and its economic and social repercussions and yet continue to push forward important issues for the future.”

“The coming German presidency will be at the centre of Europe’s reconstruction. We are certain that this is the right moment to strengthen our Union,” the European Parliament President David Sassoli on Tuesday (26 May) following a video meeting with Merkel.

The German government will have the difficult task of successfully conducting the negotiations on the EU’s 2021-27 budget, the Multiannual Financial Framework (MFF), and the Recovery Fund, which Commission President Ursula von der Leyen presented on Wednesday.

The Recovery Fund comprises a total of €750 billion with €500 billion made available to the member states in the form of grants and €250 billion euro in the form of low-cost loans. It is part of the revised MFF proposal, which will add a further €1 trillion to the EU’s expenditures.

The negotiations on the MFF will “demand a great deal of attention,” as stated in the letter from the German federal government to the heads of the parliamentary groups. Some EU countries have already announced in the run-up to today’s presentation that they do not want to support subsidies.

After all, according to Michael Roth (SPD), State Minister for Europe at the German Foreign Office, a close “link between EU funds and climate protection and the rule of law” is to be strengthened in future.

The implementation of the Commission’s plan is not the only hurdle, as the German presidency also faces major organisational and logistical challenges: video conferences cannot replace face-to-face meetings in the long term, according to the document.

According to the  Foreign Office in Berlin, “at the present time, we can expect a reduction of about 70% in the capacity for meetings that would normally be held in Brussels.” Consultation and coordination processes within the Council are likely to remain significantly limited in the second half of 2020, a spokesperson said.

Combating the pandemic the “highest priority”

In particular, the programme includes new plans to combat the pandemic. On Monday (25 May), Roth described the “European crisis response to the COVID-19 pandemic as the top priority” of the German Council Presidency. The aim is to “tackle the challenge in a well-coordinated manner.”

To that end, the German government supports a ‘Team Europe’ approach, which, in addition to knowledge sharing and health coordination, is intended above all to strengthen resilience against disinformation.

Climate policy, which includes the European Green Deal, and the digital transformation are also described as “central organisational issues.” The post-crisis recovery must be a green recovery, the document states. This is in line with the proposals of the Franco-German recovery plan presented on 18th May. 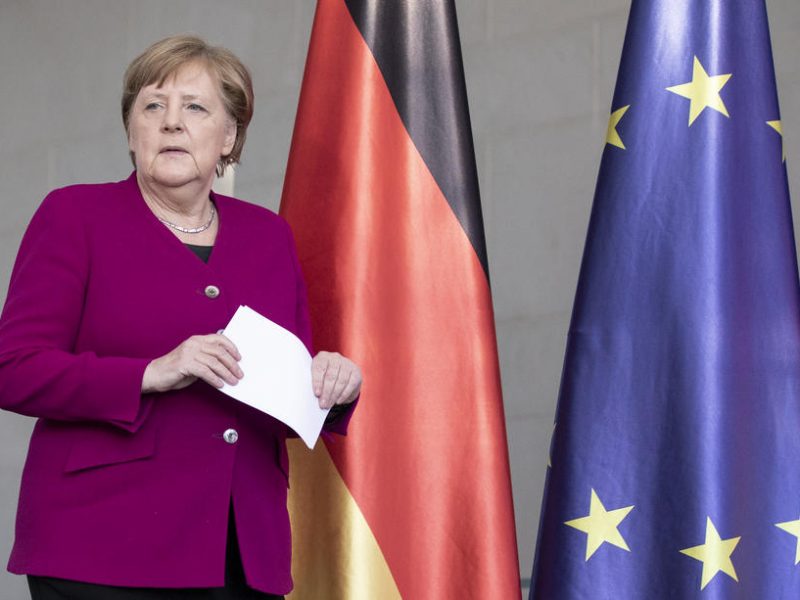 Rule of law and migration also on the agenda

Roth highlighted that promoting compliance with the rule of law is also at the “top of the agenda” and will be linked with the granting of EU funds.

As Maroš Šefčovič, Commission Vice President for Interinstitutional Relations and Foresight, told a press conference on Tuesday (26 May), the German EU Council Presidency could use a Commission report on the state of the rule of law scheduled for September “to spark a genuine discussion on the subject in the Council.”

Brexit negotiations will also dominate the agenda. The EU and UK have a very tight timetable to reach an agreement before the transition period ends on 31 December. At present, the prospects of reaching an agreement seem slim.

Another priority is to reform the Common European Asylum System. The Commission is expected to present its proposal for a European migration pact in June. In its draft programme presented in March, Germany had advocated “re-regulating responsibilities and preventing individual states from being overburdened.”

The German government is also striving to further develop the Common Security and Defence Policy (CSDP) with the goal of improving EU efficacy in both civilian and military domains. This also includes strengthening European defence initiatives such as PESCO [Permanent Structured Cooperation] while simultaneously improving cooperation with NATO.