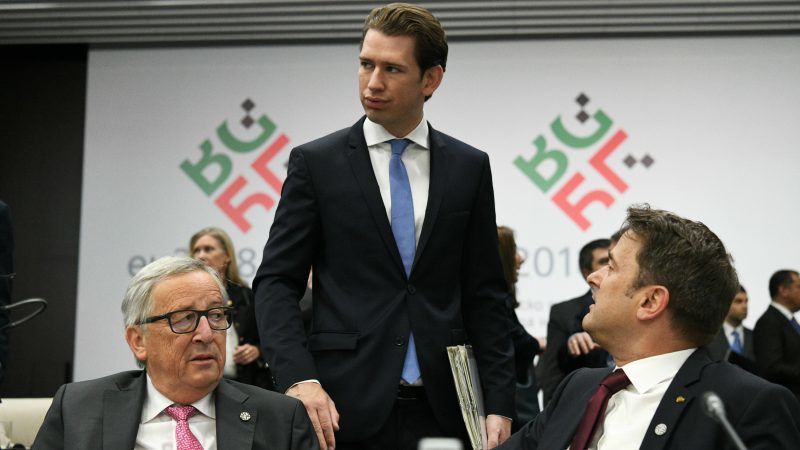 Speaking to the Financial Times, Kurz described Brexit as “a terrible decision” and suggested the EU’s migration issues were a “main reason” for the vote.

“The closing of the Western Balkan route was successful and we did not have the support of Germany, France or bigger countries in the EU,” Kurz added.

Austria assuming presidency will be interesting, right in between Germany, France and Hungary, Poland@sebastiankurz
https://t.co/EvRFbB9a66 via @financialtimes

The so-called “Western Balkans route” was effectively closed in 2016 as an international effort spearheaded by Kurz’s predecessor, Social-Democrat Chancellor Werner Faymann. The European Commission and countries outside the region played no role in its closure.

The EU “wasted time” on the divisive issue, the young leader continued, signalling he was ready to call time on German Chancellor Angela Merkel’s push for mandatory EU quotas for accepting refugees.

“We need to shift our focus from the debates about redistributing refugees within the EU, and should concentrate more on external border protection,” he said.

Speaking to Welt am Sonntag, Kurz said he does not think EU-wide quotas aimed at more evenly distributing refugees around the 28-member bloc are realistic.

He also said he is concerned about in-fighting in Europe, saying: “In the EU, there are always morally superior people who think they have to educate the others. I’m very worried about that.”

Bulgaria, who currently holds the rotating EU Council Presidency, floated a compromise wherein mandatory redistribution quotas should only go into effect in the event of another large flow of migrants, like the one seen in 2015.

The current ambition is that the 28-29 June summit could reach an agreement to reform the 1990 Dublin asylum system, which proved to be totally ineffective during the 2015 refugee crisis.

One major stumbling block is the mechanism of mandatory redistribution of refugees, to which several countries object, in particular, the Visegrad Four.

Kurz also said that agents from the European Border and Coast Guard Agency, known as Frontex, should be allowed to operate in Northern Africa in order to prevent further migration to Europe.

Kurz, however, said that this increase must happen much faster.

He said Frontex needed “a clear political mandate” with the governments of Northern African countries that would allow EU border guards to operate there.

In his words, Frontex employees should also “stop illegal migrants on the external borders, tend to them, and then ideally send them immediately back to their home country or transit country”.

He added that the Frontex mandate should give agents the ability to “end the dirty business model of human traffickers and to prevent smuggler boats from even setting out on the dangerous journey over the Mediterranean”.

Asked about other issues, Kurz reiterated his position that accession talks with Turkey should be stopped. He also spoke in favour of good relations with Russia.

“We won’t be able to solve the crisis in Ukraine alone . . . Syria, we will only be successful if we find a way to act united with the US and Russia, so I think it’s not negative for the EU if countries like Austria — which has always been a bridge-builder — has . . . a good relationship with Russia.”