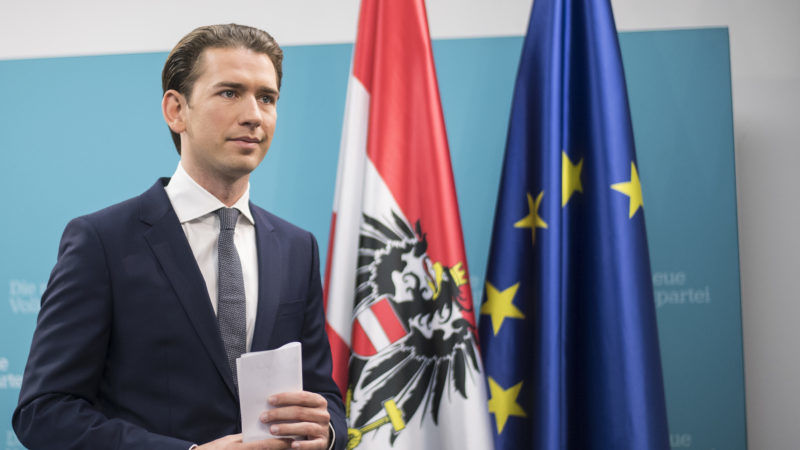 With Sebastian Kurz, the EU can count on a pro-European partner in the new Austrian government. And expect a policy that is based on conservative values, but also willing to reform.  EURACTIV Germany reports.

The coalition talks between ÖVP and FPÖ are running at full steam. The formation of the new government should be concluded before Christmas and Sebastian Kurz, 32, will then become the youngest head of government in Europe.

In 2011, he had been entrusted with a government function as secretary of state for integration affairs. Since 2013, Kurz headed the Federal Ministry for Europe, Integration and Foreign Affairs (BMEIA).

Apart from his youthful age and self-confident demeanour in the circle of EU foreign policymakers, he has made headlines in Europe with his stance on migration. It has been this policy that was vital in making the People’s Party number one in Austria. Now many want to know how Sebastian Kurz “ticks” on other important European topics?

In addition to solutions for migration and integration, in his election campaign, Kurz first and foremost promised “change”. He gladly quotes one of his great political role models, the late ÖVP Chairman and Vice-Chancellor Alois Mock, who wrote at the start of his political career:

“The Austria of tomorrow can be the sum of our achievements and our foresight, but can also be the sum of our sloth and our negligence. We therefore need a policy that gives us a picture of the possibilities that our country can achieve through goal-conscious action.”

With this, Kurz has set a high bar for his political work. He tries to calm the doubters in his own ranks with a clear commitment to a “Christian-social policy”.

“In practice, Christian-social responsibility for us means helping the weak in our society to lead a life of freedom and personal responsibility on their own. By this, we mean social security systems in Austria, but also local aid in developing countries. At the same time, Christian-social solidarity in our society must not be a one-way street: solidarity is also deserved by those who make the welfare state possible with their achievements.”

Kurz’s commitment comes at a time when the party landscape in Europe is undergoing major changes. The same applies to Austria’s major parties, Social Democrats as well as the Conservatives.

It has become difficult for voters to distinguish between the major parties’ political orientation. During the election campaign, Kurz bet on a sharpening of the profile. While the SPÖ, for example, was in favour of a tax cut for middle and smaller income earners, which was said to be financed by inheritance and wealth tax, Kurz wanted the tax cut to be financed by reducing bureaucracy, dissolving the funding jungle and cutting administrative costs. 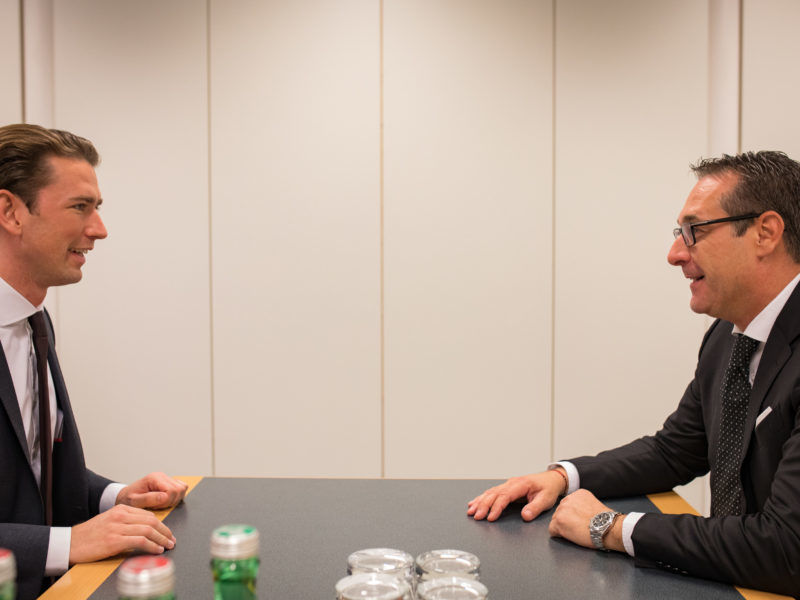 Austria’s likely next chancellor, Sebastian Kurz, wants talks over a new government to last no more than two months, he said in a newspaper interview published on Sunday (22 October).

“The policy for the coming years must commit itself to the goal of a significant reduction of the tax and state ratio from the current 43 down to 40%. In addition to these concrete goals, there is a need for a significant simplification in bureaucracy and a fundamental change in culture when it comes to the way authorities deal with those who address a concern to the public administration. Citizens should not feel like solicitants.”

Pushing for an eco-social market economy

Instead, Kurz wants to go back to the social market economy, a topic that received little attention from the main parties in the Austrian and German election campaigns.

“Our economic policy model is that of the eco-social market economy,” Kurz told EURACTIV.

“The needs of the present have to be covered without diminishing the chances of future generations. The sustainable relationship with nature, social responsibility and a successful economic development are not antagonisms, but complement and strengthen each other.”

“The model of an eco-social market economy enables the balance between an efficient economy, social solidarity and ecological sustainability. It sets the right framework and the right incentives to combine innovation, growth, prosperity and social security with sustainable, climate-friendly and environmentally friendly development.”

According to Kurz, there is a “social imbalance” in Austria. This not only refers to how the state deals with employees and employers but is also reflected in the field of health and care policy.

Although Austria has one of the highest social budgets in Europe, it also has a disproportionately high administrative burden. “In the coming years, it will be important that what is invested by the public sector reaches the affected parties”.

EU Reform Conference towards the end of 2018

When it comes to Kurz, in about a year from now there will be a big conference in Vienna which will deal with a reform of the EU. Similar to French President Emmanuel Macron, Kurz wants to seek a form of subsidiarity.

“A Europe that wants to be close to the people does not regulate all the details, but it works together quite deliberately and in full depth where individual states alone cannot perform.”

When Austria chairs the European Council in the second half of 2018, the Brexit negotiations will enter the decisive phase. For this, the preparations in the Austrian Foreign Ministry started before the election campaign.

“It is important to achieve a fair agreement for continued good cooperation with the United Kingdom, but of course without cherry picking for the British. At any rate, the EU must not be smaller and weaker after Brexit,” explained Kurz.

European values are not negotiable

When it came to EU decisions, there were “wrong turns made several times in the past” But now the time is here to strengthen the EU in its core competences.

“We need a stronger EU on the big issues, such as more cooperation on foreign, security and defence policy or proper protection of the EU’s external borders. The reform process has to be consciously broad, from external border protection to the customs union,” said Kurz.

He has an equally clear stance on the EU’s economic competitiveness.

“We must be careful that other regions of the world not only overtake us but also out-compete us. For example, the total economic output of the European Union currently stands at 20 percent [of global output]. However, forecasts assume that the European share will gradually fall below 15 percent,” Kurz told EURACTIV.

He warned that a lack of economic momentum would have diverse and long-term negative consequences. 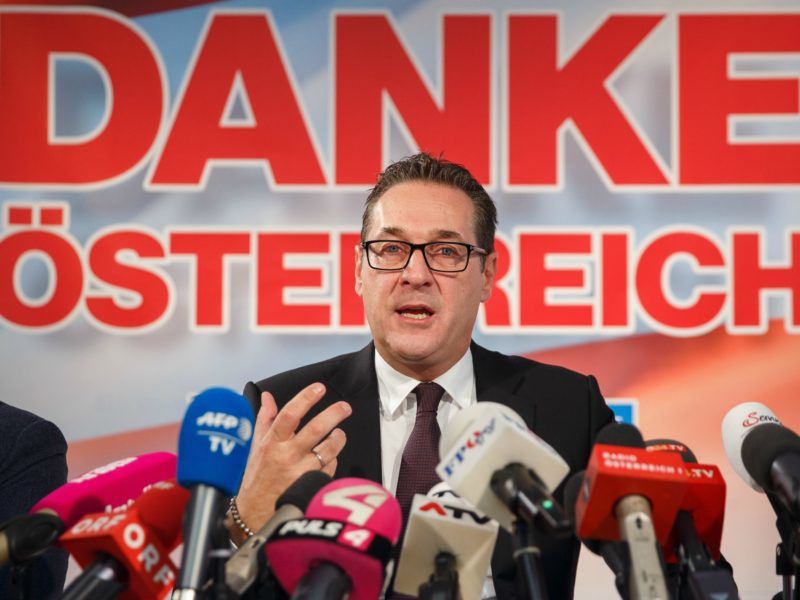 As the foreign minister, Kurz has been able to establish himself as a pro-European politician. But what happens under a Federal Chancellor Kurz, who forms a coalition with the FPÖ? For some European politicians, the fact that the right-wing nationalist group of the EU might be strengthened with FPÖ in the government is causing worries.

Asked what the EU can expect from Austria, Kurz told EURACTIV:

“We see Austria as a bridge-builder between Western and Eastern Europe. In particular, Austria should contribute to reducing tensions in Europe and bringing back the focus to the similarities, such as the common protection of the EU’s external borders.”

Kurz wants to maintain and expand the relationships with the eastern and southeastern neighbouring states. Yet he places more importance on the fact that “the EU in particular acts independently and cooperates even more closely in foreign, security and defence policy.”